Here’s Why You Shouldn’t Throw Away Your Banana Peels

Bananas: the perfect healthy on-the-go snack. While we’re all always up for some classic banana bread or indulgent bananas foster, we have to admit that it’s difficult to improve on nature’s original design.

Granted, not all of you might agree with that statement – we do know plenty of people who love banana-flavored treats but aren’t big on actual bananas – but the one thing upon which every person on the planet can agree is that the first step in eating or cooking with one is to peel it, then reuse it around the house or simply throw the peel away. Right?

Wrong! Yes, seriously. It might sound crazy when you’re holding that rubbery peel in your hand, but it turns out that not only can we eat our banana peels, we absolutely, totally SHOULD.

Why? According to Reader’s Digest, by not eating the peel, we’re missing out on a whole lot of nutritional value. Plus, our hypothesis that the “whole world” throws away the peel is a little, well, flawed:

You’d probably never think to take a bite out of a thick, bitter peel, but people in other parts of the world actually do use them in cooking. They might seem inedible, but they’re actually nutritious [. . .] Wash the skins—the riper, the thinner and tastier—then boil them for at least ten minutes to soften up the texture. 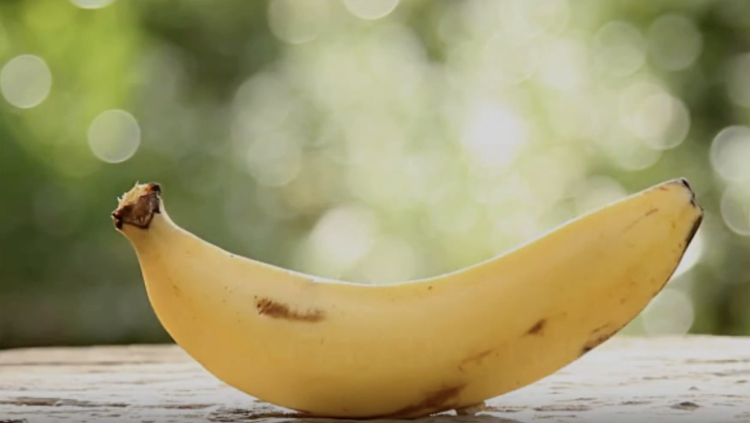 In addition to the nutritious value, the magazine also claims that those too-often-ignored peels offer another kind of health boost, too:

Most of us eat the banana without giving the soft, mushy peel a second thought. Here’s why that’s a mistake: “Bananas contain tryptophan, which boosts serotonin ‘the happiness hormone’ to help with mood regulation and nerve impulses,” says [Lauren Popeck RD, LD/N of Orlando Health Physician Group].

Interesting! And to be honest, we probably should have had this realization earlier. We’ve known for awhile that a lot of a food’s nutritional value hangs out in its peel or skin, like with potatoes, tomatoes and even pumpkins. Plus, we already knew that ingesting a banana peel wouldn’t hurt us; after all, we leave the peel on when making soothing banana tea before bed.

It just goes to show you what our cultural prejudices and traditions can sometimes make us overlook. While we’ve been peeling and wasting banana skins for, well, ever, people in other places like India and Southeast Asia have been reaping the benefits for decades.

So let’s stop missing out! To learn more about the nutrients in banana peels, plus how to make them delicious to eat and easy to digest, check out this video guide from Reader’s Digest.

Are you convinced to add banana peels to your diet? Do you have any ideas how to sneak them into your favorite snacks and treats? Have you been eating the peels all along?