By now you’ve probably heard about the devastating death of fashion designer Kate Spade, who committed suicide in her Manhattan apartment on June 5. Her housekeeper was the first one to find her, who then alerted the building’s superintendent to the discovery.

As the tragic news spread, women everywhere were commemorating Spade by posting photos of their first Kate Spade bag, or how they had so much respect for her whimsical style. These women didn’t even know Spade personally and they were affected by her death—so imagine how her close family and friends must have felt.

Many of the people she knew recently released statements about her death—and some of them are pretty shocking.

For example, Spade’s older sister, Reta Brosnahan Saffo, made a statement saying that she believed her sister suffered from a mental illness for several years.

“I will say this was not unexpected by me,” she said in the statement. “I’d flown out to Napa and NYC several times in the past 3-4 years to help her to get the treatment she needed (inpatient hospitalization). She was always a very excitable little girl and I felt all the stress/pressure of her brand (KS) may have flipped the switch where she eventually became full-on manic depressive.”

However one source that’s close with the family said that Saffo was estranged from Spade, and that they don’t believe she’s accurately portraying the right image of who Kate Spade really was.

“The family is disgusted and saddened that at this time of great sorrow, Kate’s sister who has been estranged from the entire family for more than 10 years would choose to surface with unsubstantiated comments,” the source said. “Her statements paint a picture of someone who didn’t know her at all.”

Additionally, her family said in a statement to the NY Daily News:

“We are all devastated by today’s tragedy,” her family said in a statement. “We loved Kate dearly and will miss her terribly. We would ask that our privacy be respected as we grieve during this very difficult time.” 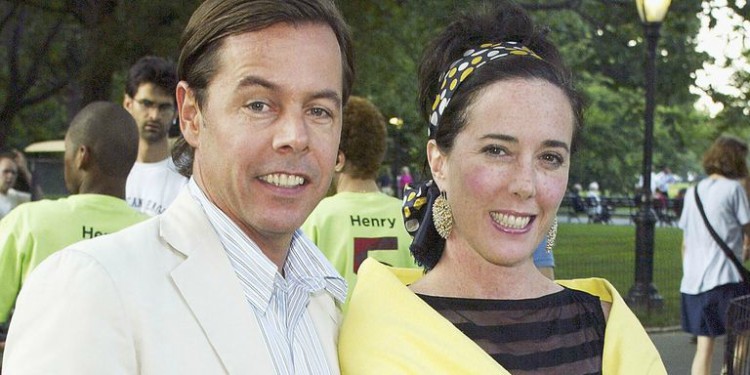 “Although Kate has not been affiliated with the brand for more than a decade, she and her husband and creative partner, Andy, were the founders of our beloved brand,” it said. “Kate will be dearly missed.”

Speaking of her husband, Andy, he also released a statement, which could lead us to some hints about why Spade might’ve done what she did.

“Kate suffered from depression and anxiety for many years. She was actively seeking help,” he said in the statement. “It was a complete shock. And it clearly wasn’t her. There were personal demons she was battling.”

He went on to say that for the past 10 months the two had been living apart but within a few blocks from each other. However, he did go on to say that they “We were best friends trying to work through our problems in the best way we knew how. We were together for 35 years. We loved each other very much and simply needed a break,” he wrote.

He and Spade have one daughter, Bea, together, and he wrote that they are absolutely devastated over the loss.

“Fuzzy picture but I love it,” the comedian wrote. “Kate and I during Christmas family photos. We had so much fun that day. She was so sharp and quick on her feet. She could make me laugh so hard. I still cant believe it. Its a rough world out there people, try to hang on.”

We send our deepest condolences to Spade’s family, friends, and mourning fans everywhere. How did you feel about her tragic suicide?