Sad news for fashion lovers the world over–iconic handbag designer, Kate Spade, was found dead this morning in her New York City apartment. Unfortunately, her friends, family, employees, and those closest to her will not just have to grapple with her painful absence, but also with the fact that she, sadly, committed suicide.

It’s been reported that around 11 am this morning, Spade’s housekeeper found her unresponsive as she hanged from a doorknob in her Manhattan apartment. According to official NYPD reports, the housekeeper then alerted the building’s superintendent to the discovery. Moments later, an ambulance was called, but it was too late– Spade had already passed.

In information released by TMZ, the designer did leave a suicide note addressed to her daughter, Frances. According to sources on the scene, it read:

Bea–I have always loved you. This is not your fault. Ask Daddy!

Although a motive for the suicide might not be entirely clear from the purported note, Page Six does say that a domestic issue was likely. “It was over family problems…in her relationship,” the source revealed.

Sadly, Spade is hardly the first celebrity in the past year to succumb to suicide. We lost music legends, Chris Cornell and Chester Bennington, just last year. Both were stars who had seemed to have it all in regards to career and family–just like Spade herself. 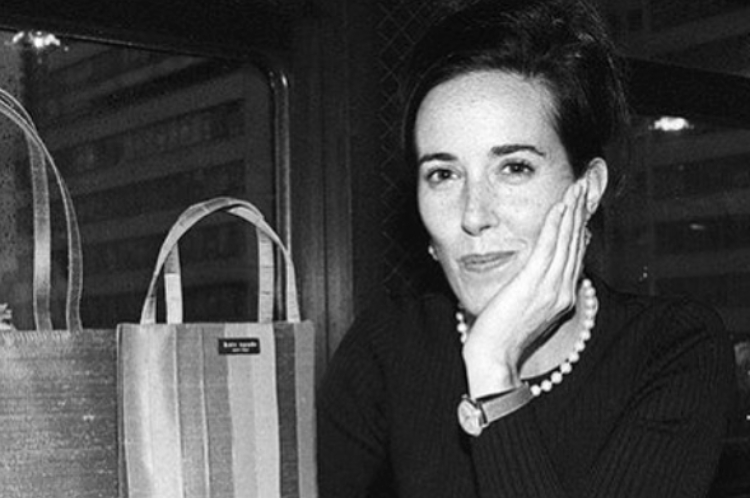 Spade’s suicide signifies a shocking turn of events for admirers of her brand who have spent the better part of the last two-and-a-half decades flaunting her unique handbag designs. You see, in addition to being one of the most celebrated accessories designers ever, she had also recently launched a completely new label called Frances Valentine, an accessories brand that she named after her 13-year-old daughter, Frances Beatrix.

But, before her recent successes, Spade started her career in fashion back in the ’80s when she worked at an Arizona clothing store. It was there that she met her future, and now widowed, husband, Andy Spade. Years later the two moved to New York City and partnered up to establish the Kate Spade and Jack Spade accessories labels.

The unique items quickly gained popularity, and in 1999 and 2006 the duo sold off their empire for $34 million and $59 million respectively.

The couple had over 24 years of marriage under their belt, which makes Kate’s death even more heartbreaking. The designer leaves behind, as we mentioned, a 13-year-old daughter as well as a big family unit that includes actor-comedian David Spade (Jack Spade’s younger brother) and actress Rachel Brosnahan.

In the last several hours, tributes for Spade have been pouring out from every part of the Internet. Here’s what her former label, Kate Spade, had to say about her death:

Kate Spade, the visionary founder of our brand, has passed. Our thoughts are with her family at this incredibly heartbreaking time. We honor all the beauty she brought into this world.

Heartbreaking stuff, indeed. We send all of our love to Spade’s family, friends, and mourning fans everywhere.

Are you a fan of Kate Spade’s work? Do you have any stories about the designer that you would like to share? Have you been affected by a tragic suicide?