When Joe Serna was arrested for drinking and driving, one of the terms of his probation was that he would not consume alcohol for a predetermined amount of time. However, after lying on a urine test, Joe was brought back to the courtroom, this time in front of Judge Lou Olivera. Judge Olivera felt he had no choice but to sentence Joe to a night in jail for breaking probation, a sentence which was carried out.

This might seem like your pretty typical courtroom story, but the story of Joe and Judge Olivera has really just begun.

As with most things, there are two sides to every story. You might have read the first paragraph of this one and assumed you knew everything about Joe Serna, but there is so much more to this man and his journey than you can discover upon first glance. 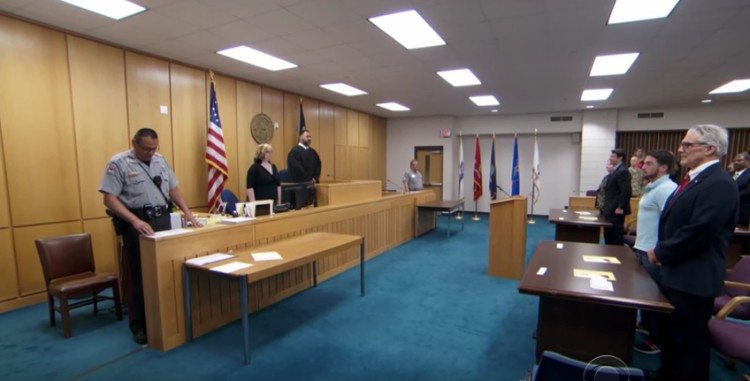 Joe is a decorated veteran who served three terms in Afghanistan and has two purple hearts to show for his bravery. This Green Beret survived an IED and a suicide bomber, as well as a terrifying experience getting trapped in a sinking truck with his fellow soldiers.

This moment is credited as Joe’s most terrifying of all, despite everything he had seen.

While following a creek, the road gave way, causing the truck Joe and his men were in to be submerged under water. Unable to move, Joe was trapped in place and forced to feel the water rise up his legs, his torso, and his neck. Finally, it stopped at his chin.

Joe was the only soldier to make it out of the truck alive.

Considering this terrifying brush with death, as well as his other horrifying experience in the war, Joe suffers from PTSD. One of his triggers, which he blames on the sinking truck, is a fear of small, confined space.

Such as a jail cell.

So when Judge Olivera sentenced Joe to a night in jail, he was sending this war vet to one of his very worst fears.

“I knew what Joe was going through and I knew Joe’s history,” Judge Olivera told CBS Evening News. “I knew he had to be held accountable, but I just knew…I had to go with him.” 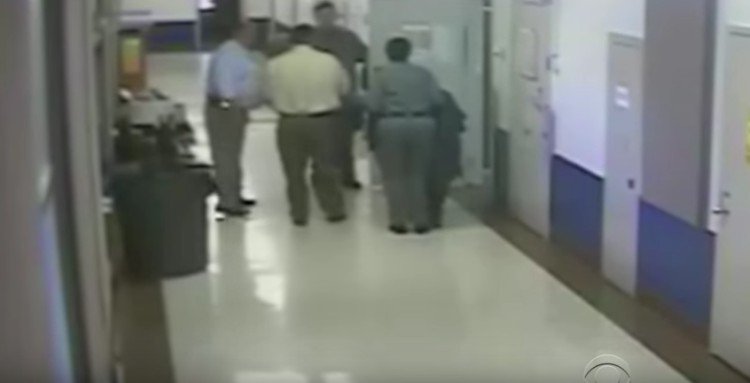 Moments after Joe was locked away for his night in prison, he was surprised by Judge Olivera, who came to stay the entire night with the man he had sent to jail. With a loaf of homemade meatloaf and a change of clothes, the judge accompanied Joe through the night, talking with him about their families and their lives.

Joe said that with Judge Olivera there, “the walls were no longer there.” His anxiety and fear melted away, and he was able to have a genuine conversation with this wonderful person.

After this night in jail, Joe promised Judge Olivera that there would be no more screw ups. This might not be the usual way the law works, but this act of connecting and compassion was exactly what this brave veteran needed.

What do you think of this touching story? Share your thoughts in the comments section below.