After 36 Years, ‘Jeopardy!’ May Be Getting a New Host

If you’re a diehard Jeopardy! fan, we’ve got some bad news. Long-time host of the show Alex Trebek may be retiring soon—and honestly, it’s a straight up tragedy. Trebek has been the host of the show since 1984 and we’re pretty sure there’s no one who can do it better.

The show airs each week day night, when we meet three smart contestants who compete to answer a series of clues about trivia rapid fire, on anything from vocabulary to 16th century novels to alcoholic beverages…pretty much anything you can think of. They win money, and you get to scream answers at the TV. It’s a win-win for all!

But truly, it’s the host of the show—Trebek—that makes it what it is. Maybe it’s because he’s been hosting the show for 36 years, or maybe it’s because we love his ingenuity when it comes to speaking to his contestants, and his familiar style of hosting. Whatever it is, we honestly can’t imagine someone else taking his place.

The news of his possible retirement comes after he had hinted about it in an interview with TMZ’s Harvey Levin. He told the host that his contract was up in 2020 and his chances of staying longer than that were “50-50”—and maybe even a little bit less so than that. Say it isn’t so, Alex!

As mentioned, Trebek has been the well-known game show’s host since it was revived in 1984 and hasn’t looked back since (except when he took a short medical leave in the beginning of the year and also when he and Pat Sayjack, the host of Wheel of Fortune, and Alex, switched placed for an April Fool’s prank in 1997). 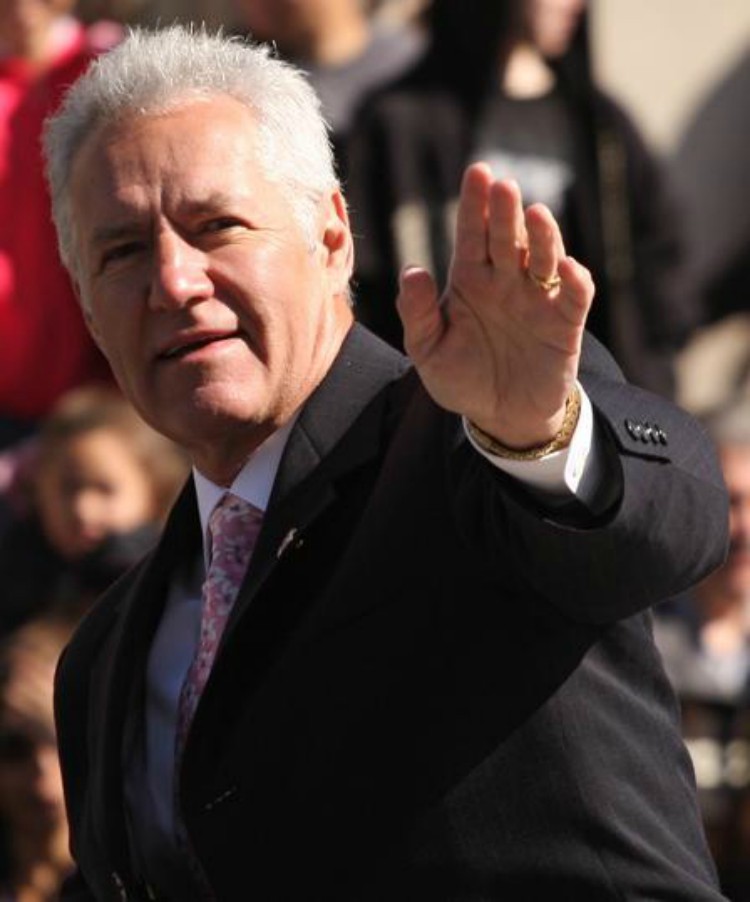 Trebek graduated from the University of Ottawa in Canada with a degree in philosophy in 1961 and began his career as a newscaster and sportscaster right away. He didn’t host his first game show until two years later, which was a music program in Canada called Music Hop in 1963.

He then went on to host a high school quiz show called Reach for the Top and several other gigs before moving to the US where he went on to host shows such as The Wizard of Odds, the Merrill Heatter-Bob Quigley game show, High Rollers, Double Dare, among many others. Finally, he had one show stick: Jeopardy!

Okay, so we can’t totally blame him if he does choose to retire—the man is 78 years old and probably knows everything he’s ever needed to know about trivia. Plus, he’s probably way sick of reading all those clues! But we’re still going to be really sad once the day comes. Well, if it does. We’re still holding on to the hope that he changes his mind and will stay for another contract!

So who will replace him if he does choose to leave Jeopardy! in 2020? Trebek has two replacement options he said would be great for the job. To find out who he thinks the next host should be, check out the video below.

Do you watch Jeopardy!? Do you think it’ll be weird if and when Alex Trebek retires? How do you feel in light of this news?