Jennifer Lopez’s Twins Are 10 Years Old, and the Girl Looks Just Like Her

We’ve loved her ever since she sang her heart out in the 1997 hit Selena (you know you love that movie too). You guessed it, we’re talking about Jennifer Lopez, or the infamous JLo. Whether you watch her in the movies or listen to her music, it’s hard to find anything to dislike about the bodacious babe.

While many know her for her acting, acting, or producing (and dancing of course) skills, some might not know about her family life. It was right after she and actor Ben Affleck broke up in 2004 when Lopez decided to start dating Marc Anthony, her friend and coworker who she knew for a long time.

The two got married in June of 2004 and three years later, got pregnant with their first child—or shall we shay children. The two share their twins Emme and Maximilian.

When the kids were just three years old, and after seven years of marriage, in July of 2011, the couple announced their split, and Marc filed for divorce in 2012. Their divorce was finalized in June of 2014, and Lopez got to retain primary physical custody of the two.

Fast forward seven years, and the twins have recently entered into their double-digits. They just turned 10 and are growing up right before our eyes.

That said, we can’t help but notice just how much Emme especially is looking more and more like her mother by the day. We’re sure if we can find a photo of Lopez when she was 10, Emme would be the absolute spitting image. It’s uncanny!

It’s truly every single feature that looks like Lopez—her eyes, nose, hair, mouth. We’re sure as she keeps growing, she’ll only keep looking like her mama even more so than she does now.

See for yourself how much they look alike below! 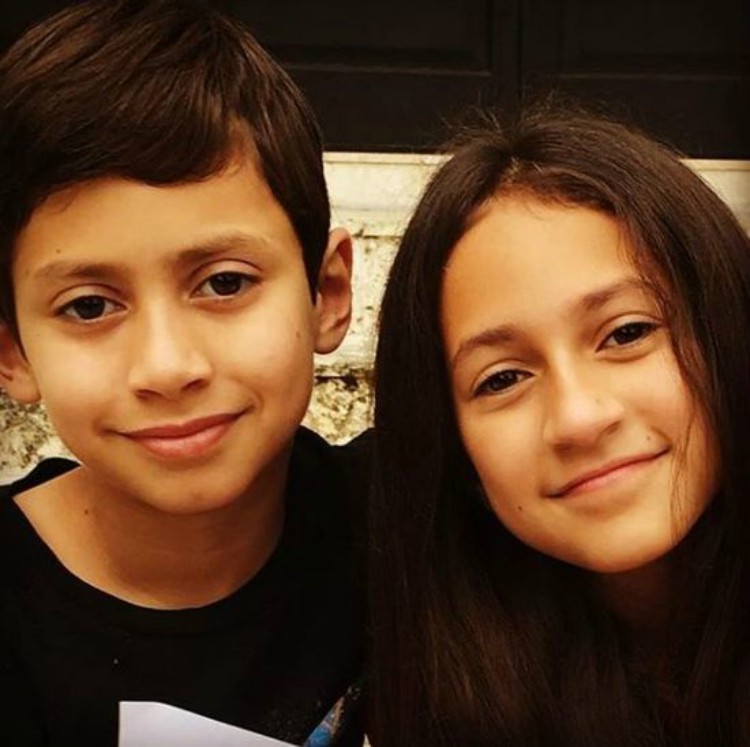 We think Max looks more like his dad, but we definitely see some of Mom in him as well. Either way, the twins are absolutely adorable and growing so quickly!

Besides being her mother’s mini-me, Emme is also following in Lopez’s footsteps. In December, she shared a video of Emme singing with a group of girls in a Christmas pageant. She looks insanely happy singing along to “Do you Hear What I Hear?”—and even more like her mother in a moving video than any photo can tell! See for yourself in the video.

Additionally, JLo recently took Emme to a few meetings in NYC to talk about a deal for her first book, which is called “Lord Help Me!” At just 10 years old, Emme is way more successful and awesome than most of us in our adult life, clearly!

After a decade, Lopez says she feels so lucky to have her set of twins and the connection they share with each other. But we know what you’re wondering: How does she balance her career and mom life?

For more on Lopez’s life as a mom, as well as one tip for how she manages to do it all, check out the video below!

What do you think of how much Jennifer Lopez’s daughter resembles her?