There’s nothing like a good night sleep. It’s amazing to wake up well-rested and not even need to hit snooze on your alarm clock, but nowadays there’s so much to do that it can be really hard to get enough sleep at night. Between work, commute time, and kids who often wake up before alarm clocks, it’s easy to find ourselves not sleeping as long as we’d like.

One company in Japan is hoping that money will encourage people to get more sleep at night.

Crazy, Inc., a wedding planner in Japan, is rewarding employees who get at least 6 hours of sleep at night for at least 5 nights a week. CEO Kazuhiko Moriyama says, “You have to protect workers’ rights, otherwise the country itself will weaken.”

Lack of sleep is a problem around the world, but according to a survey by health-products maker Fuji Ryoki, of Japanese over the age of 20, a whopping 92% admit to not getting enough sleep. This problem might be partly due to a cultural belief that it’s good to sacrifice for the corporate good.

It’s definitely true that sacrificing sleep is bad for your health. When you’re constantly sleep deprived it can put you at a higher risk of getting cancer, it increases your risk for heart disease, and you risk long-term memory loss. These are just a few of the negative side-effects of constant exhaustion, but lack of sleep isn’t just harmful to employees; it’s also harmful to companies. 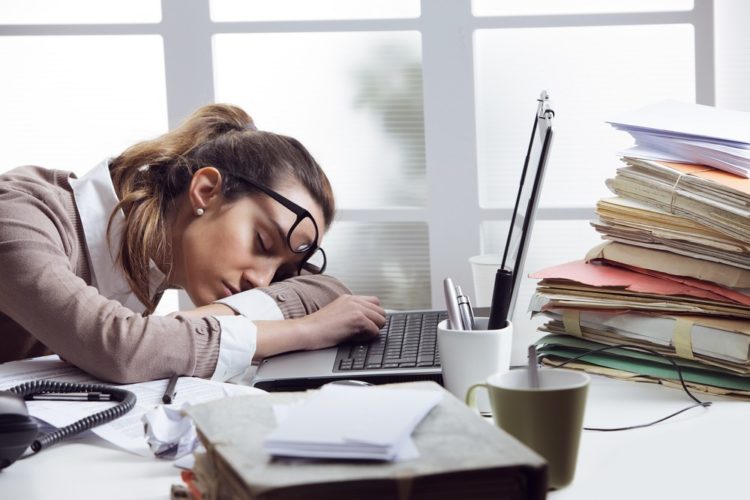 Crazy, Inc. employees use an app to track how much sleep they get each night, and those who meet the minimum criteria get rewarded with points that they can exchange for food in the company cafeteria. The points can total up to 64,000 yen or $570 U.S. dollars each year.

Sleep isn’t the only health initiative that Moriyama has started. His company also encourages exercise, a positive work environment, nutrition and work-life balance by offering childcare and the opportunity to take vacation days on regular business days.

Moriyama says, “I want to do something that other people will think is crazy.” While some people may think that paying employees to sleep sounds crazy, we definitely think it’s a creative idea. After all, we know we function better when we’re not exhausted.

For more details about this incredible employee perk, watch the video below.

How much sleep do you get each night? Do you think that a monetary incentive would encourage you to get more sleep?