There are a lot of things that make a marriage work. It’s more than just chemistry. There is a lot of compromise in a marriage. For example, spouses have to agree on who is going to do what chore, or else there is bound to be fighting about chores not getting done. Both spouses can’t just assume the other spouse is going to do everything.

In many traditional marriages, the husband works outside the home and the wife cooks, cleans and raises the children. In many modern marriages, couples share the household tasks. Sometimes the chores aren’t officially split up and whoever has the time to do what needs to be done first, does it. For example, that means if the wife has time to do the dishes, she does it, and if the husband has time to make breakfast, he does it.

For the past 45 years, one of Joanne Sterling‘s chores that she did every day at home was to make the bed. That meant her husband hadn’t made the bed once in 45 years. Eventually, Sterling decided that she was going to hand over the task of making the bed to her husband, and the results were hilarious.

First of all, it seems that this couple has a very strong marriage. As the photos show, the husband doesn’t seem to know how to make the bed, but he is a good sport about it and seems to be having fun with it. Also, the wife isn’t correcting her husband. Instead, she decided to document his attempts at making the bed on Facebook. They both seem to find the whole thing amusing.

It seems that Sterling’s husband has a general grasp of how to smooth out the sheets and make the bed look nice, but he has no clue what to do with the throw pillows. Instead of tossing them on the floor or asking his wife what to do, he decided to try arranging them a bunch of different ways. Each picture is from a different day’s attempt at making the bed. 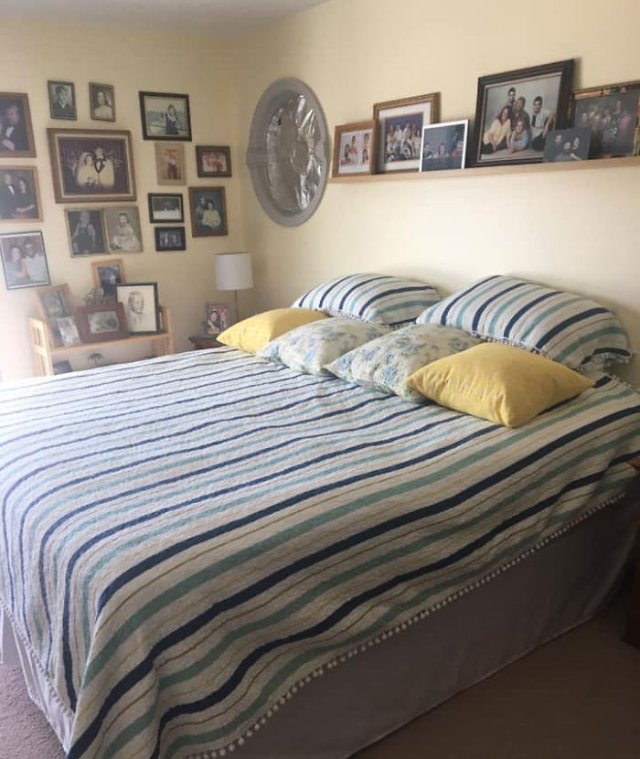 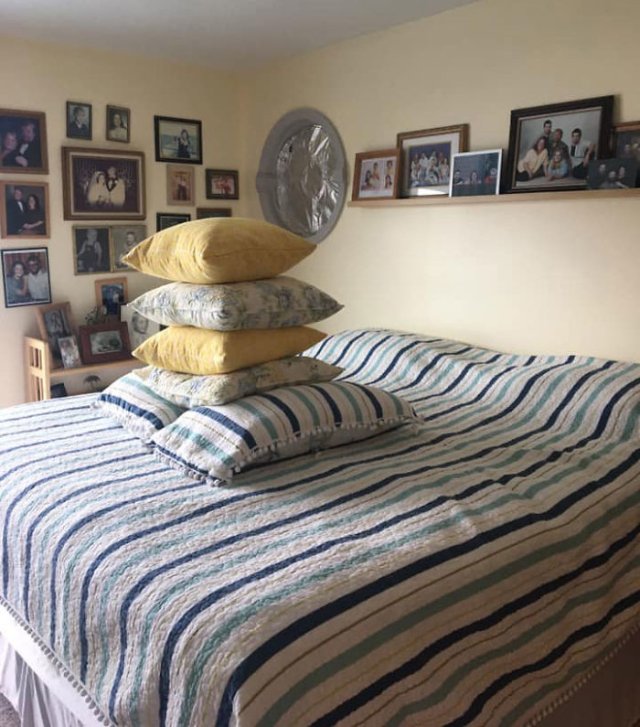 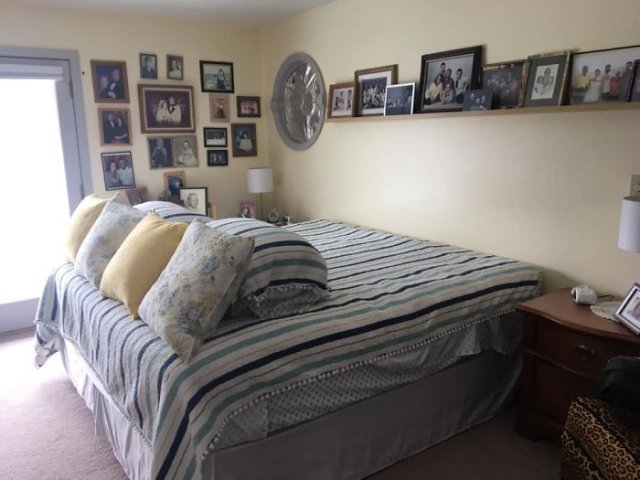 Some days, Sterling’s husband took it further than simply arranging the throw pillows in a wacky way. Some days he added other items to the bed, such as stuffed animals and even decorative flamingos. 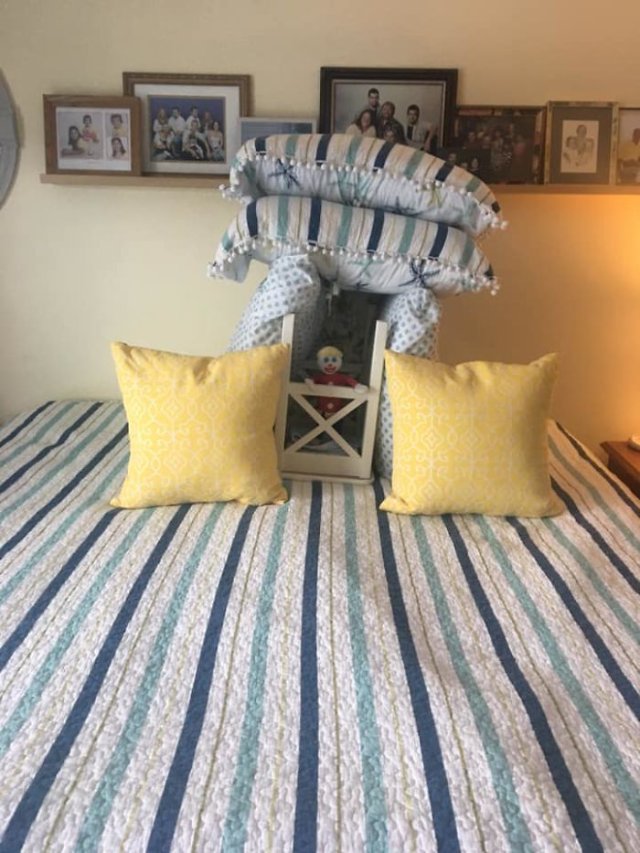 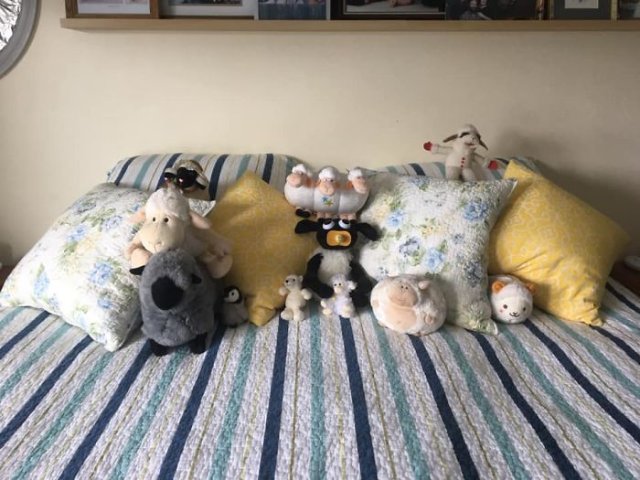 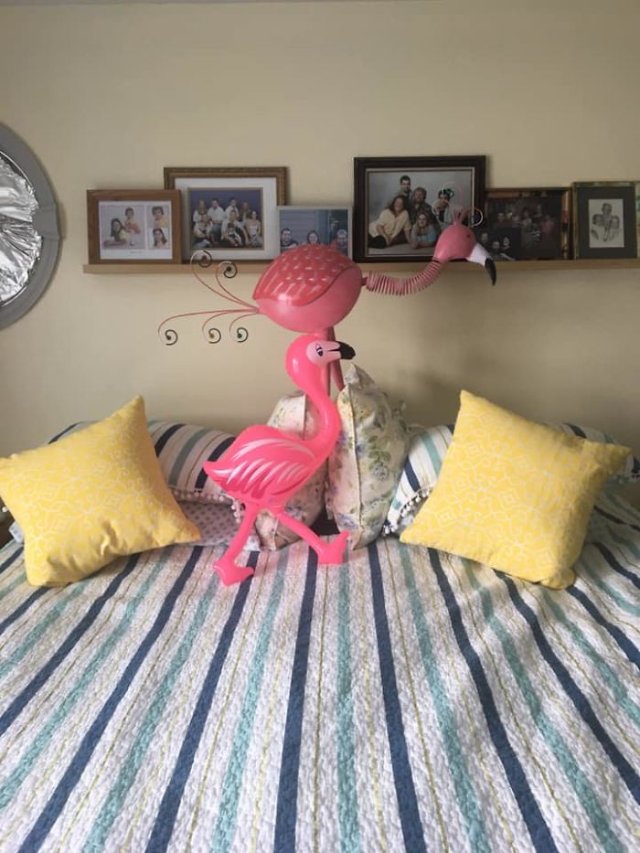 Who usually makes the bed in your home? Do you have many throw pillows on your bed? How would you react if your spouse arranged the throw pillows in an unconventional way like Sterling’s husband?