Husband Proposes to Wife Again After 63 Years of Marriage

Let us back up for a second.

Meet Karl and Donna Von Schwarz. These two are high school sweethearts who wed in 1956 and have truly been through the ringer together. They’ve done it all in their more than six decades together, and of course have had their ups and downs, just like any other couple. But sadly, 2018 was the year of more downs than ups for these two.

Donna, who’s 81 years old, unfortunately had to spend the majority of the year in and out of the hospital. On top of undergoing the scary procedure of open-heart surgery, she also suffered a seizure and stroke not long after. It was devastating for the entire family, but mostly for Karl. Nevertheless, he was there for her throughout everything that happened.

“Grandpa never left her side,” their granddaughter Karly Gibbs said. “The rehab center brought in a chair where he slept every night until she was strong enough to come home.”

Though we’re sure Donna would’ve thought that showing his love for her in that way was plenty, Karl wanted to do something super special for her once she was finally able to get out of the hospital. As perhaps motivation for her to get better, he told his wife that he’d get her a new engagement ring if she was able to walk away from this all. 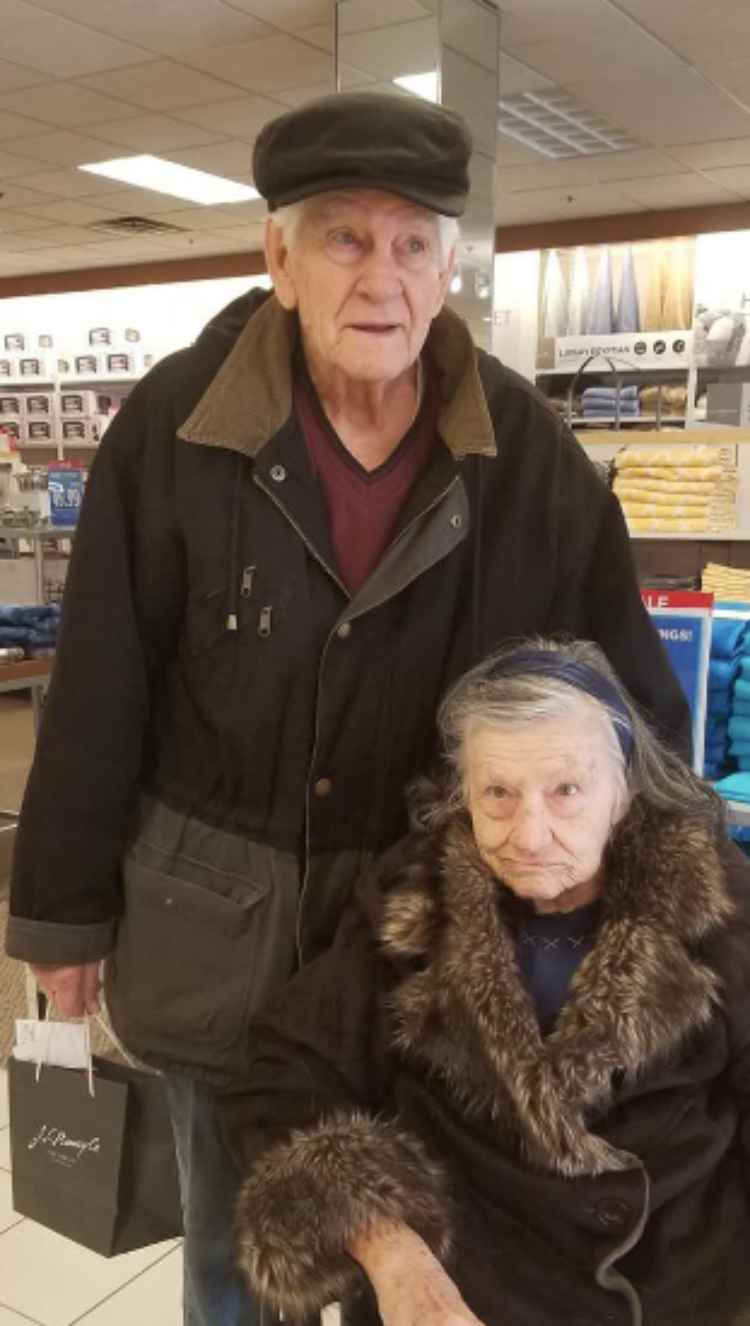 Well that seemed to be just the right amount of motivation! Diamonds still are a girl’s best friend, even when you’re in your eighties.

As promised, Karl took Donna to a department store to get the ring once she was out of the hospital. But Karl had another surprise up his sleeve, and had the entire family come along to witness it.

After picking out the new ring, Karl dropped down on one knee—just like he did oh so many years ago when he first proposed—and re-asked his wife to marry him.

Their granddaughter tweeted the adorable photo and video that has since gone viral, with the caption: “My grandma has been very sick & we don’t know how much time she has left. After over 65 years of marriage my grandpa got her a new ring and proposed to her again…. I don’t know why I’m crying in the club rn.”

We don’t know why we’re crying either—oh wait, yes we do: Because this moment is absolutely adorable!

Karl completely melted our hearts—and Donna is cracking us up with her response to the whole thing. (Spoiler: She’s totally as giddy as she was the first time he did it!)

To seal the deal, Karl and Donna renewed their vows. We wish them many more years of happiness together!

To see how the proposal went down, check out this video and the sweet photos.

How sweet is this moment between these two?