The Best Way To Wash Fruits And Vegetables

The number one thing we can do for our health is eat a nutritious, balanced diet full of vitamin-rich fruits and vegetables. And the number one thing we can do to make sure those fruits and veggies are healthy? Make sure they’re clean and bacteria-free! We all know that we should wash our produce when we bring it home, but do you know which way is best for making sure it’s free of things like E. coli, salmonella, and the like? St. Louis’ KMOV News 4 teamed up with Microbe Inotech Labs to test three different methods – plain water, water-and-vinegar, and commercial wash – to see which one works the best. The results might surprise you.

First thing’s first: while the occasional outbreak of bacteria is scary enough to trigger food recalls, rest assured that the produce at your local supermarket isn’t likely to be radioactively dirty. Most produce is washed at least two times between the moment it’s picked on the farm and the moment it’s placed on store shelves. The actual danger comes from other customers picking up and inspecting each fruit or veggie, and any pesticides that might linger on the non-organic items. (Peaches have the highest occurrence of pesticide residue, by the way, followed by strawberries, apples, nectarines and pears, in that order.) So how do we protect ourselves? Here’s what the test said. 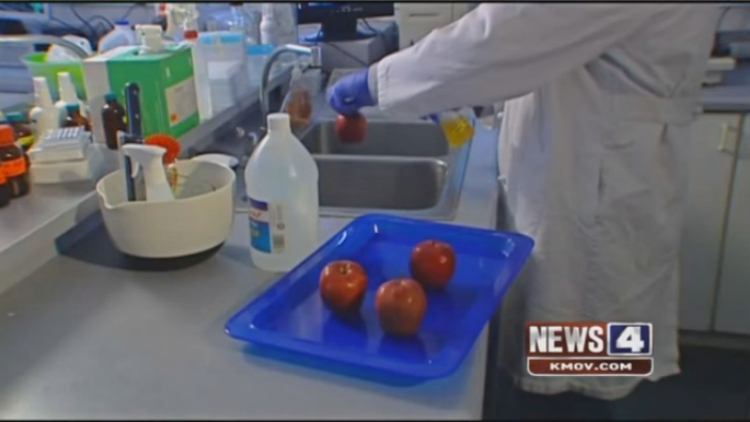 Testers first cleaned four apples with ethanol to give them an equal starting place, then rubbed them down with equal amounts of bacteria. (While ethanol works for laboratory purification, do not use it at home to wash your fruits and veggies!) One apple was rubbed down with running water; a second was bathed in a wash of one part vinegar, three parts water; and a third was sprayed and rubbed with commercial spray. The fourth apple went unwashed as a control subject. The bacteria counts were measured, then the apples were left to sit for 48 hours. 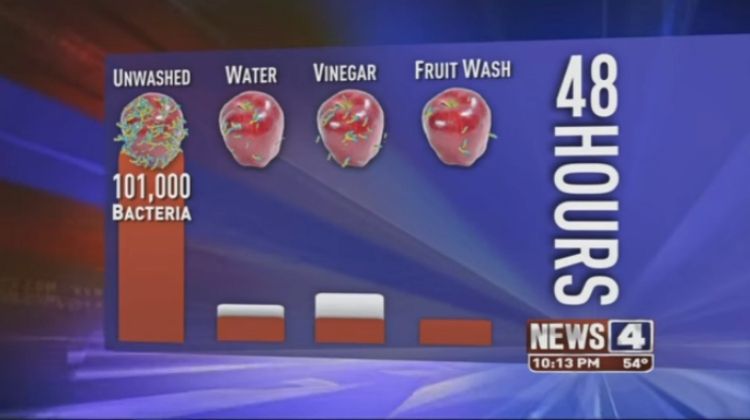 Initially, all three cleaning methods left only traces of bacteria. However, after the waiting period, the apple washed in water showed an increase in bacteria, and the one washed in the vinegar mixture showed an even greater increase. The apple washed in the commercial wash showed no increase. The vinegar mixture, however, does a much better job than plain water of removing pesticides, as often pesticides are not water soluble. 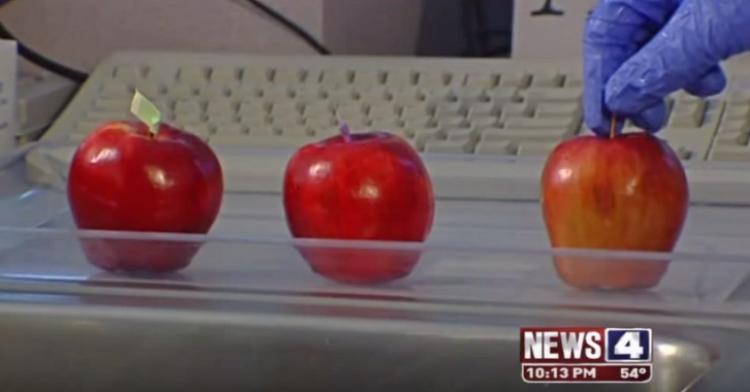 Eating immediately? Go ahead and wash your fruits and vegetables however you prefer! If your produce isn’t organic, however, use the water-vinegar mixture or a commercial cleaner to get rid of pesticides. If you’re going to be storing those fruits and veggies for a few days, however? Our DIY hearts chafe a little bit, but the commercial cleaner is really your best bet, especially if you’re quite worried about bacteria.

Surprised? Tell us about your own experiences with food safety, and watch St. Louis’ KMOV News 4’s full report for even more information and tips.