But going to the beach can also be a little scary at times. There are jellyfish and sharks to worry about, not to mention drowning. Even if you know how to swim, the water can take a turn for the worst in certain conditions. For example, a rip current.

What is a rip current? 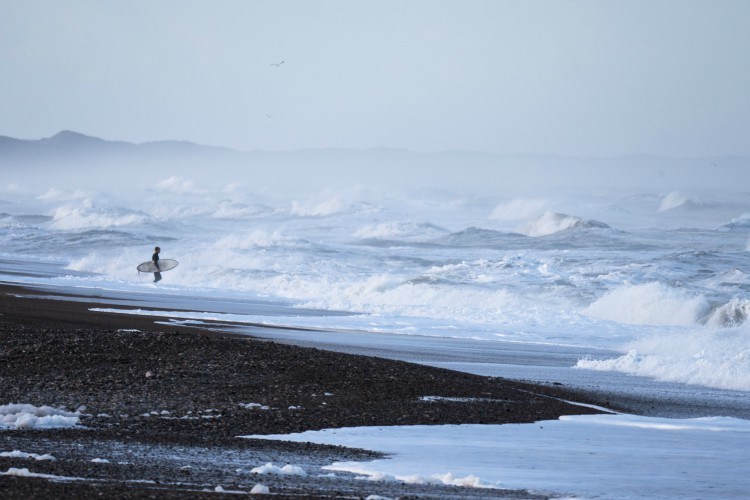 A rip current is defined as a strong, narrow current that flows outward from the beach through the surf zone. Lots of people think that rip currents pull you under the water, but on the contrary—they flow away from the beach and can carry you out to sea.

“Essentially, they’re rivers of the sea,” said Wendy Carey, a coastal hazards specialist with the Delaware Sea Grant Advisory Service at the University of Delaware. “People start going under because they panic, and they feel like the current is pulling them under.”

According to AccuWeather, rip currents account for 100 deaths each summer in the United States. Swimmers who have been pulled offshore by rip currents often drown when they’re unable to keep themselves afloat and swim back to shore.

How do rip currents occur?

Rip currents most commonly occur when there’s a break in the waves, and can be influenced by weather, tides, beach shape, and how waves break offshore. Because of this, some beaches, just due to environmental factors, are more susceptible to rip currents than others.

When we say strong, we really mean it. These currents typically move about 1-2 feet per second (0.3 to 0.6 meters per second), but some stronger might be upwards of around 8 feet per second (1.6 meters/second).

How to survive a rip current 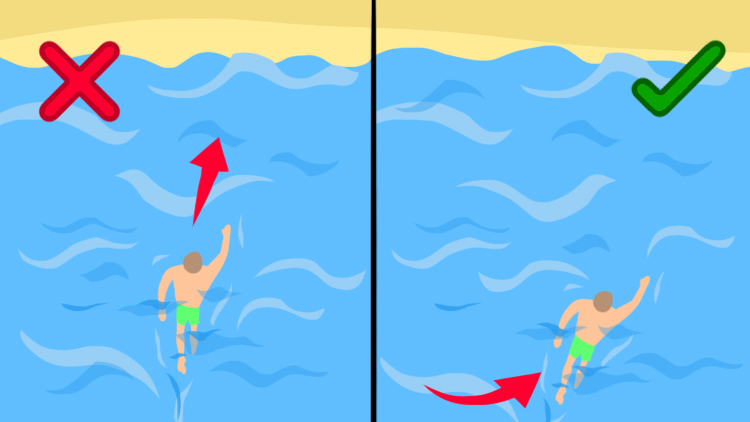 You can protect yourself before you even enter the water—you just have to know what to look out for. “Avoidance is the most important thing. Swim at a lifeguard-protected beach and talk to the lifeguard on duty about ocean conditions for the day,” Carey says. “It’s also really important to know how to swim and how to float before you venture ankle-deep into the ocean.”

When you get in the ocean, first scan the water to see if anything’s choppy or a break in an incoming wave. An area of the water that has a different color than the rest of the water might also be a sign of a rip current. And if you see a line of foam, seaweed or debris that’s moving out to sea, then definitely beware.

Also know that, even if you don’t see any of those, a rip current might still be developing. And if you do get caught in a rip current, the first thing to remember is not to panic. You can survive—plenty of people do.

Check out the video below to learn exactly what to do if you find yourself in a rip current, and how to get out alive.

Have you ever gotten caught in a rip current or know someone who did?