How to De-stink a Smelly Garbage Disposal

We get it, cleaning isn’t the most fun of chores. It takes up so much time, requires entirely too much effort, and, let’s face it, we’d rather be doing a lot other fun things! But alas, it has to be done.

We’re guessing some of the most common places you clean include your kitchen, bedroom, and living room, right? But how often are you cleaning your sink’s garbage disposal? Survey says, not very often.

Fact of the matter is, you’re actually supposed to be cleaning your disposal on a weekly basis. I know—what? Who does that? But when you think about it, it makes sense. After all, you’re putting a ton of food scraps down there, which can build up and cause backup, not to mention an atrocious smell. The smell is the worst! Let us tell you, cantaloupe rinds mixed with kale stems do not create the most pleasant of aromas.

Have you noticed a pretty stinky smell coming from your garbage disposal lately? Think about when the last time you cleaned it was. If it wasn’t too recently, you probably should put that on your to-do list today. Nothing is worse than walking in from a long day at work where the garbage disposal is stinking up the whole house. 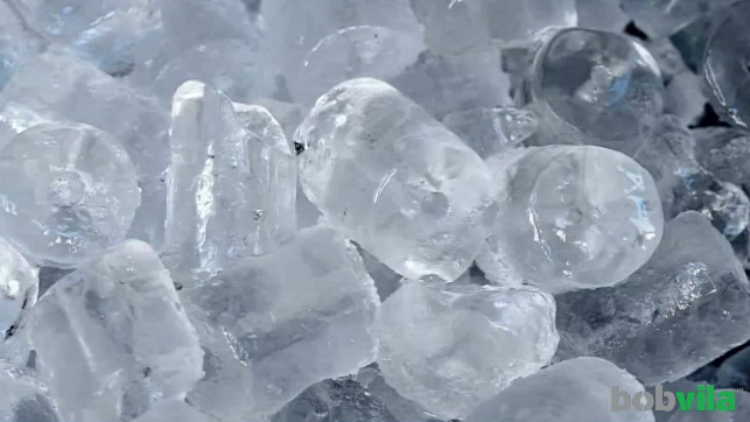 The good news? De-stinking a smelly garbage disposal isn’t as hard as you might think. Sure, it can seem downright dreadful to even think about putting your hands in that terrifying space, but don’t fret. It only takes a few ingredients, and won’t take up very much of your time. We promise

One of the most tried and true ways to making your garbage disposal smell normal again is to use citrus. Here’s how to do it: After peeling an orange, lemon, or other citrus fruit, instead of throwing away the peels, save them and put them in the freezer. Once frozen, place them in the garbage disposal and grind them up. The oil in the peels will make your sink smell fresh and clean, not to mention remove the food buildup in your disposal.

Another option requires using baking soda and white distilled vinegar. For this solution, you’ll mix about a half a cup of baking soda in the drain, and then add about a cup of the vinegar, warmed (heating it for a few seconds in the microwave will do). The two ingredients will start to foam in your sink—that’s what you want; that means it’s working! Let this foamy mixture sit for a few minutes, and then pour boiling water down the brain. This will flush everything down, and leave your disposal with that just-cleaned smell!

Want even more options to make your garbage disposal smell better? Check out the video below for one of the best ways to get rid of the stink. This idea is probably the easiest one. All you need is some dish soap, ice cubes, and some salt, and the smell will be gonezo in no time.

Have you ever experienced a gross-smelling garbage disposal? How did you get rid of the smell? Do you think you’ll try one of these ideas next time?