This Is How Gummy Candies Are Made (Shocking!)

Raise your hand if you love a good gummy bear, Sour Patch Kids, or gummy peach ring. *Hand shoots up.*

Gummy candies are arguably some of the best-tasting candy out there, especially if you’re just not craving a piece of chocolate or something chewy like a Skittle. There’s just something about the sweet, tangy flavor of a watermelon ring that makes us crave more.

Well, that was until we learned how gummy candy is actually made. In fact, now we never want to have a gummy worm again. The process of how these candies are made is actually pretty disturbing and has scarred us for life.

First, let’s start with the basics. You probably know that gummy candy is mostly made up of gelatin, which is what gives it that gooey texture. But what we didn’t know is that this gelatinous substance is made from a pretty unexpected source: a certain animal’s skin and bones.

Yes, that’s why your vegetarian friends can’t eat gummy bears, and no, we’re not kidding, although we eally wish we were.

Just simply knowing the fact that animals are killed to make gummy bears (and then literally made into the candy) might make some of us stop eating gummy candy forever—but others might not be phased by it.

Well, that is, until we see it in real life. We’re not sure how anyone can still eat gummy bears after seeing the actual process for themselves. 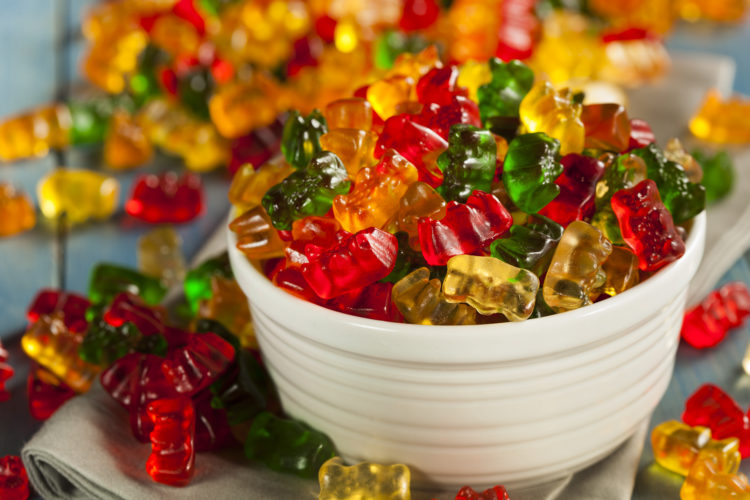 And thanks to Belgian filmmaker Alina Kneepkens, we can. She recently created a pretty alarming video showcasing in detail the process in which our beloved (well, maybe not anymore?) gummy candy is made.

The video, titled ‘Gelatine,’ is created in reverse—what begins with just someone popping a piece of gummy candy ends with the horrifying process in how it begins.

“I got the assignment to direct some reversed audiovisual stories showing the production of some of our food. I saw quite a few slaughter houses and examples of both industrial and artisan food production. A true eye opener,” Kneepkens said. “Just by showing a series of reversed images it reveals a detailed and truthful story on daily foods and its origin.”

This is just one video in Kneepkens’ video series she calls “Over Eten,” which translated to “On Food.” She has produced several videos in the same reverse style that explains how certain foods are made, all of which are shocking. You can check out her videos on sugar, black pudding, lamb burgers, pastries, and mozzarella on her Facebook page.

But back to the issue at hand: Gummy candy. This film she created on this process goes into detail about the horrifying truth of the process of creating gummy candy. It begins with one adorable animal—can you guess which one?

You can check out the video below, but know that this is not for the faint of heart—watch only if you dare. We’re warning you: There’s some pretty grim scenes in here.

Sigh. So what do you think? Did you know that gummy candy was produced in such an alarming way? Will you still be eating gummy candy after watching this video?