guesswho_718 via TikTok
Every generation has something they’re known for. The 1970s had bellbottoms and disco, the ’80s had big hair and preppies, and the ’90s were all about the grunge. But there’s one thing all of these generations had in common: The hand gesture you use to explain you’re on the phone.

It’s a random thing to discuss—so random that you’ve probably used it so many times and never thought much of it. But you’re about to think much of it now. You’re also about to feel really old.

You see, even though phones were all drastically different among the generations, the hand gesture remained the same: Holding up your thumb and pinky to your ear, your pinky to act as the speaker and the thumb to mimic the earpiece of the phone. It’s a universal gesture that everyone understands.

Well, except maybe the new generation. You know, the generation that has never seen anything but a smartphone. And when you think about it, the phone hand gesture we’re talking about really doesn’t make much sense in terms of a smartphone. 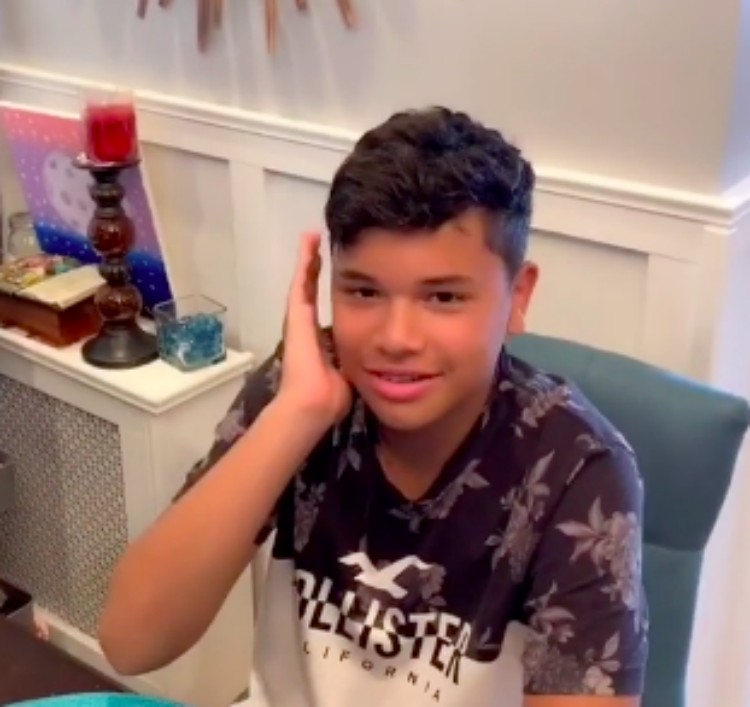 Why’s that? Smartphones are completely flat whereas landline phones, the phone that the hand gesture began from isn’t. So kids these days have a much different hand gesture that they use to mimic being on the phone.

We never would know that if TikTok user @guesswho_718 didn’t ask his kids how they would tell someone they’re on the phone with their hands.

In his recent video, the man first asks his wife to pretend she’s on the phone with her hands. Without skipping a beat, she makes the hand gesture we’re all familiar with.

He then goes to ask his kids—kids who are both using smartphones in the video—to do the same thing and they blow our minds with what they do with their hands.

The kids simply place their flat hand against their heads.

It really shouldn’t be so mind-blowing since it actually makes complete sense. But man, is that strange or what?

Check out the video below to see the hand gestures in full force.

Man oh man, do you feel old? Do you have kids this age? Did you have any idea kids use a different hand gesture to mimic being on the phone? What other things to kids of this generation do that blow your mind?