We’ve been informed time and time again about which factors can increase our risk of getting cancer. Medical studies, government agencies, and consumer-focused investigations have also been instrumental in informing us about where carcinogens may be found in our everyday lives.

Now, a new study published in the medical journal, Annals of Internal Medicine, examined the correlation between drinking hot beverages like tea and rates of esophageal cancer. Researchers followed the tea-drinking habits of over 450,000 participants from different regions in China.

During a period of nearly nine years, participants were asked to report their lifestyle habits concerning the amount and temperature of their tea consumption, and whether they drank alcohol or smoked tobacco in addition to tea.

The study wrapped up in 2015 with findings on the amount of people diagnosed with esophageal cancer during that time, and which behaviors may have been connected to their diagnoses. None of the participants had cancer when the study began.

This is a quote taken directly from the report:

Compared with participants who drank tea less than weekly and consumed fewer than 15 g of alcohol daily, those who drank burning-hot tea and 15 g or more of alcohol daily had the greatest risk for esophageal cancer. . .”

Smokers who also consumed hot tea were shown to have a two-fold increased risk as well. Though this study was observational, other scientists believe that drinking tea or other hot beverages can damage the lining of the esophagus and make one more susceptible to cancerous compounds.

Subjects who drank tea within 4 minutes of pouring had the highest risk, and each was asked to report whether they took their tea warm, lukewarm, hot, or very hot. Most men and women were found to consume their tea at temperatures above 60°C (140°F). 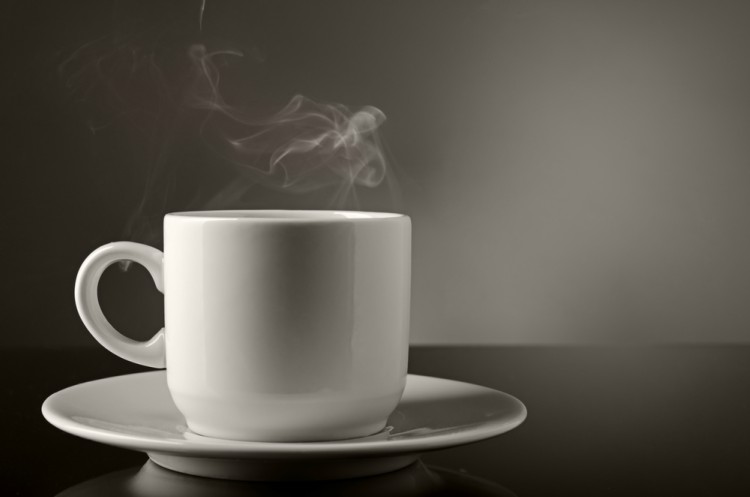 The study concluded that a higher incidence of tumors in the esophagus is connected to the temperature of tea. This seems to be in line with the guidelines released by the World Health Organization about the cancer risk and hot beverages, which includes water, tea, coffee, and the like.

What does all this mean? Let your tea cool until it’s warm or lukewarm before you drink it. If you drink alcohol or use tobacco regularly, cutting those habits down or out can help lower your risk of esophageal cancer.

Tea is healthy, tastes good, and can actually lower your risk of certain diseases – including cancer. Just be mindful about taming its temp!

Have you read any studies on hot beverages and links to cancer? What do you think of this most recent research about tea? Do you know someone who’s been diagnosed with esophageal cancer?