Insurance is helpful, but no insurance companies cover 100% of hospital bills 100% of the time, which means that every time you need any kind of medical treatment you’ll have to chip in a little from your own pocket. Obviously staying in the hospital overnight to, say, have a surgical procedure done is going to cost more than a routine check-up, but most likely you’ll be paying out-of-pocket either way.

One of the most involved hospital procedures is, of course, giving birth. Depending on the woman and the complications, the cost of giving birth can vary greatly. And when we say “greatly”, we mean by a margin of thousands of dollars.

That was what this father-to-be found out when he did a little digging to the cost of his wife’s upcoming delivery. 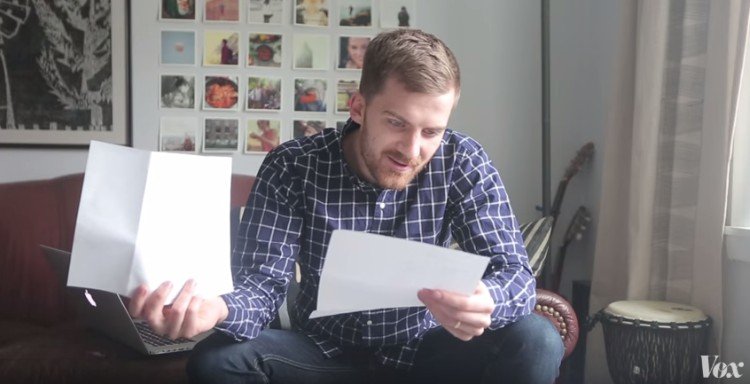 Vox
Isabella was in her third trimester when her husband decided to figure out just how much they would be paying in hospital bills. After all, they knew how much their crib and carriage would be, why couldn’t they find out how much their hospital would be?

As it turns out, it wasn’t so simple. It took this husband two weeks and 30 phone calls before he could get a hold of a financial consultant at their local hospital. He had tried calling multiple departments and even surrounding hospitals just to get a vague idea of the cost. Time and time again, he was put on hold, transferred, and even hung up on.

When he finally got to talk to the consultant, she told him that she had looked over his insurance policies and estimated cost the would be around $347. Unfortunately, she could not give him an itemized breakdown to show where this number came from.

A few weeks later, Izzy went into labor. Happily, after a night of painful labor, she came out the other end having given birth to perfectly healthy  baby boy. There were no complications and she was able to go home after a couple days. Regardless of this uncomplicated birth, which is what the consultant evaluated the couple for, their bill came back almost $500 more than the estimate they had been given. Now all the items had been calculated to arrive at this final tally, but how they arrived that those numbers was beyond them.

Make sure to watch the entire interesting Vox video below to hear the entire crazy story, learn a bit more about how costs are calculated in the healthcare industry, and how stories like this point to the gaping problems our country is facing with this hot button topic.