The Incredible Reunion Between Best Friends Separated By The Holocaust

When we learn or think about the monstrous part of history that is the Holocaust, it’s tempting to immediately try to turn our thoughts to something, anything else; it’s one of those shameful chapters of history that’s too horrible to bear.

But not only is it important to remember and to tell the stories of the Holocaust – “Those who cannot remember the past are condemned to repeat it,” after all – it’s also important, and vital, to know that even in that dark time, there were moments of light, of inspiration, and hope.

Such is the story of Edith Westerfeld and Gerda Katz, one that – thanks to an incredible combination of fate, of generosity, story-telling and modern technology – has a “happy ending” 73 years later.

Edith and Gerda were two of the “One Thousand Children,” a secret program that sought, in the terrible years prior to America’s involvement in World War II, to sneak Jewish children away from Nazis Germany and resettle them in safety as the foster children of families in the United States. The members of the program transported the children in small groups of ten, traveling on cruise ships.

It was on one of those ships, the Deutschland, that Edith and Gerda met. As The Chicago Tribune reports:

That’s where Schumer, then known as Edith Westerfeld, and Frumkin, known as Gerda Katz, met and, briefly, were inseparable. For 10 days aboard a ship and three days in New York City, the two formed a bond in an effort to fill the void of their families left behind. In New York, they saw the Rockettes and Walt Disney’s “Snow White and the Seven Dwarfs” at Radio City Music Hall.

They parted ways when Edith headed to Chicago and Gerda to Seattle to stay with family. For 73 years, Schumer held on to a photo of her friend she nicknamed Gertie. “21 Marz 1938. Zur Erinnerung Deine Freudin, Gertie Katz,” the back of the photograph read. “March 21, 1938. For remembrance. Your friend, Gertie Katz.”

It is easy to imagine, if heartbreaking, how dearly these two young girls would need one another, traveling as they were away from their families to a strange land with strangers, fleeing unspeakable horrors and not knowing if they would ever see their parents or relatives again. It’s that kind of bond that means even when Edith and Gerda lost touch, they never stopped thinking of one another. 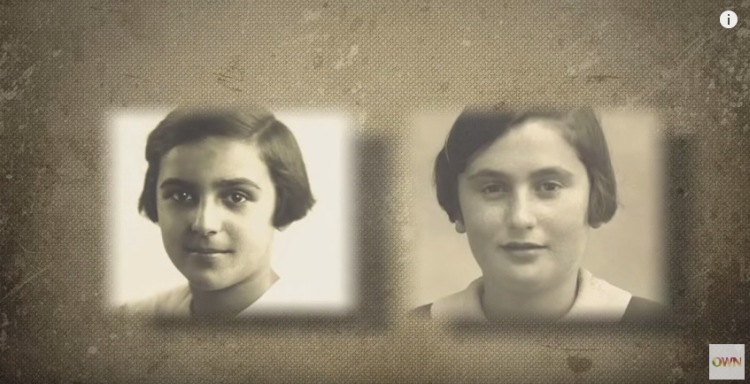 Seventy-three years would pass, and Edith’s story – as well as the story of the twelve hundred children rescued through the One Thousand Children project – would be told in the book Is It Night Or Day? by her daughter, Fern Schumer Chapman. That book, in turn, became part of the curriculum in the eighth grade social science classroom of Madison Junior High in Naperville, Illinois.

The students in that classroom were not content to be merely moved by the story and feel grateful for being born when and where they were. No, those 13-and-14-year olds wanted to do something to help. They wanted to reunite Edith and Gerda.

Through careful, respectful investigation, the students and their teachers were able to reach out to Fern Chapman, who had also long dreamed of helping her mother Edith find this missing part of her past. Using the modern power of social media and technology, they were able to find Gerda, who in turn was able to send a message to her long-lost friend:

“I have thought of you often and am so thankful that you found me,” Katz wrote on April 28. “Can’t wait until we speak together.”

With that simple message, they were back in touch. Finally, after 73 years, they were going to meet again. Edith traveled to Seattle, where Gerda had settled, and OWN’s Lost And Found was there to capture the incredible moment.

Watch their reunion, and consider how incredible it is that hope, and love, and connection can grow out of the darkest moments and stories in the most unexpected, incredible ways. The past is never gone; it’s there, waiting for us to find it, and learn from it.

For more information on Edith, Gerda, and the students who helped reunite them, check out these stories from The Chicago Tribune, The Huffington Post and The Daily Herald.