There’s a Venomous Snake Hiding Among the Leaves in This Photo. Can You Find It?

I love a good “find the hidden object” puzzle. Tricky for your mind and eyes, photos are staring you down, daring you to find what’s buried in plain sight.

What’s really fun are pictures from nature that play with camouflage. Sunshine Coast Snake Catchers recently posted a photo for their 50,000 Facebook followers to analyze. A game of “spot the snake” was on!

Out on a call to a Queensland apartment building, the busy snake wranglers snapped the image and challenged social media sleuths to find and name the species. Can you see it? 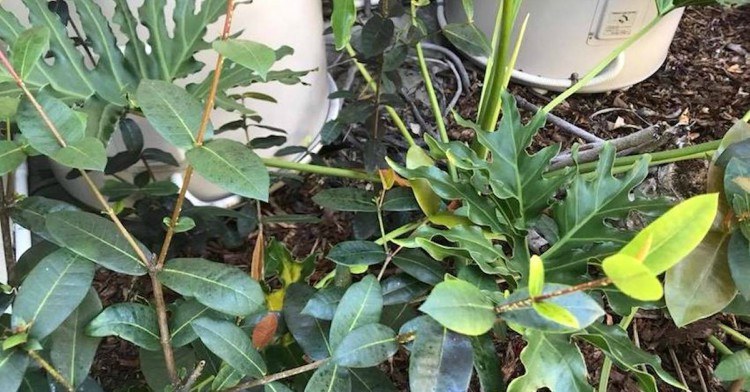 Lots of guesses were tossed out, but many missed the mark. Here are some examples:

Some hilarious commenters made no guess at all, admitting they were doomed:

“I am colour blind all I see is a hose I think.”

“It is the very elusive Invisibilus Reptilius. I can’t spot the bloody thing and I’ve zoomed in lol.”

“I’ve no idea. I’m just hanging around until the guy with the answer turns up.”

“God you lot have good eyes. Me. . .well I thought it was up near the plastic bag ha ha I would def be a snake bite victim”

What do you think? A handful of people guessed both the location and species correctly, but Sunshine Coast gave it a day before revealing the answer. We’ll tell you that the species is a juvenile red-bellied black snake, which looks exactly like its name.

Because of its dark appearance, it’s not uncommon for this snake to sometimes be mistaken for a copperhead. They’re common in Queensland, and love the sun and shade, but October and November are mating months for this serpent.

So, not only are they very active in these months, but the daytime hours keep them happy. Oh, and red bellies are venomous, but their bites are usually not fatal to humans. When Sunshine Coast Snake Catchers show up to a job, they capture snakes (the ones that are still alive) and release them back into the wild.

Don’t worry, they’re let go far, far away from where they were picked up, giving homeowners some relief. As far as the red-bellied black snake in this photo, he was eventually hooked and caught. In case you still couldn’t spot the little guy, here’s where it was hiding: 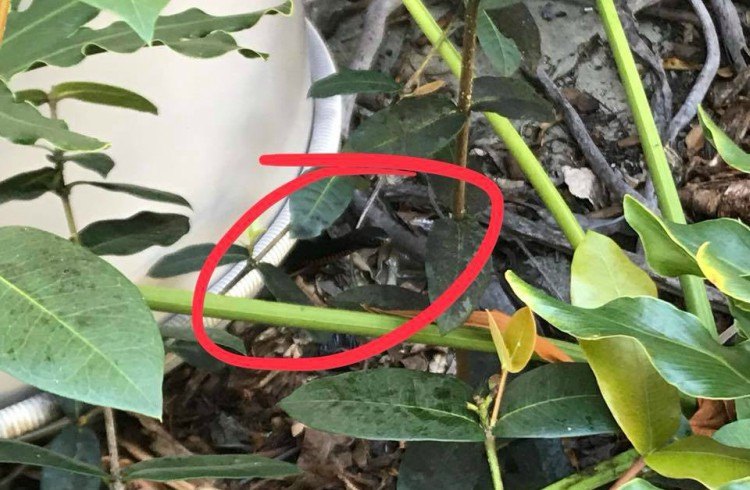 Australia is a place full of zany wildlife that most of us will never encounter in our own yards. Snake removers stay inundated with calls year-round, like these catchers who operate 24/7. Their best advice? Call them and don’t try to kill, catch, or remove any snake that you spot because you never know what danger you might run into.

Sunshine Coast is known for their expertise, but they’re also known for sharing other pics like this one on their Facebook page for fun and education. If snake puzzles are what you’re into, then you’ll enjoy keeping up with some of their other interesting catches!

What do you think of this tricky photo? Could you spot the snake right away?