Heart attacks: It’s a scary thing we never really volunteer to talk about, but a condition that’s good to know the signs for, just in case it happens to you.

Heart disease is the leading cause of death in the United States for both men and women, so it’s extremely important to get the facts. While most people think of sudden chest pain when they think of a heart attack, it’s actually a lot more than that, and it can different between genders.

One of the biggest differences in heart attacks in women vs. men is that, while women still endure extreme pain, women might not experience the intense chest pressure when having a heart attack that we associate it with.

“Instead, they may experience shortness of breath, pressure or pain in the lower chest or upper abdomen, dizziness, lightheadedness or fainting, upper back pressure or extreme fatigue,” said Nieca Goldberg, M.D., medical director for the Joan H. Tisch Center for Women’s Health at NYU’s Langone Medical Center and an American Heart Association volunteer.

Because of this, sometimes women don’t even know that they’re having a heart attack, and may even delay treatment. That may explain why more women die of heart disease than men each year.

Additionally, the average age a man has their first heart attack is 65 and for women, it’s 72—though maybe this is because the woman wasn’t sure if it was actually a heart attack.

“Women having a heart attack seem to be less likely than men to attribute their symptoms to a condition that requires urgent treatment,” explained Matthias Meyer, the lead author of a recent study published in Acute Cardiovascular Care.

The study found that women wait about 37 minutes longer than men before they even contact medical services when having a heart attack. 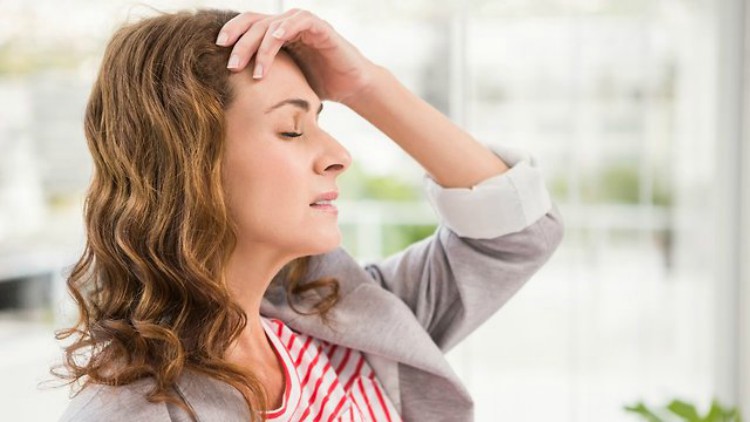 This confirms even more so why women pass more than men during heart attacks. As you can imagine, time is critical in this situation. The faster you can get help, the faster a doctor can treat the heart.

“Women and men have a similar amount of pain during a heart attack, but the location may be different,” Meyer said. “People with pain in the chest and left arm are more likely to think it’s a heart attack, and these are usual symptoms for men. Women often have back, shoulder, or stomach pain.”

Women, if you’re having abnormal pain at all, it’s always important to give your health care provider a call. This can be anything from uncomfortable pressure or fullness in your chest; pain in your arms, back or stomach; shortness of breath; nausea or lightheadedness; and neck and jaw pain. Just because you’re not clutching your hand to your heart and falling to the ground doesn’t mean it’s not a heart attack.

Do you know any women who have dismissed a heart attack for something else?