Raise your hand if you have a sister. She’s had a greater impact on your life than you probably ever realized.

Raise your hand if you are a sister. You’ve had a greater impact on your siblings’ lives than you probably ever realized. Read on for bragging rights.

A study conducted by researchers at Brigham Young University found that having a sibling, whether that sibling is a brother or a sister, encouraged children to be helpful, kind and to do good deeds. For example, a child with a sibling would be more likely to help someone at school.

Sure, parents can help promote good deeds, but having at least one sibling made it twice as likely that children would do good deeds.

Now, if your sibling happens to be a sister, it gets even better. Yes, even if your sister is younger than you and is always taking your favorite sweater without asking.

According to the study, “Statistical analyses showed that having a sister protected adolescents from feeling lonely, unloved, guilty, self-conscious and fearful. It didn’t matter whether the sister was younger or older, or how far apart the siblings were agewise.”

Of the families who participated in the study, 395 had at least 2 children, one of whom was 10 to 14 years old. To confirm the data, researchers followed up with each family one year after the original data was collected. The adolescents who had a sister showed clear benefits. 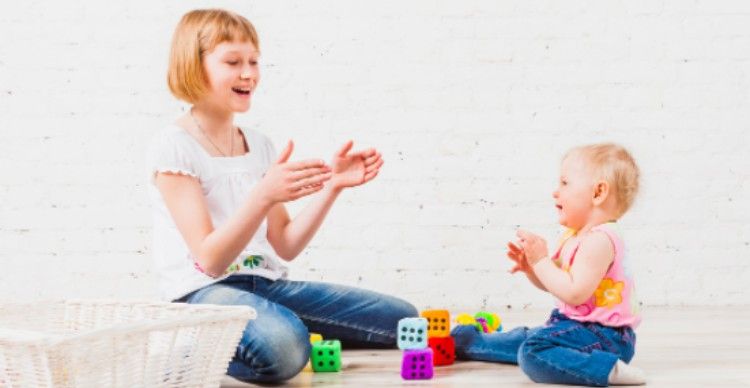 One theory about why having a sister boosts happiness during adolescence is that girls tend to communicate more than boys. That gives them an edge when it comes to talking about problems. It’s also more common for girls to take on a caregiver role which can be helpful when dealing with tween and teen drama. Whatever the reason, be sure to say “thanks” to your sister.

If you’re a parent of young children, you can learn a lot from this study. One major takeaway is that it’s important to encourage your children to be affectionate towards each other. According to Laura Padilla-Walker, a Brigham Young University professor and the lead author on the research, “Once they get to adolescence, it’s going to be a big protective factor.”

You also don’t need to worry if your children fight a lot. Apparently, even fighting is beneficial. Padilla-Walker believes sibling fights help the children learn how to manage their emotions and learn how to make up. These are both important life skills.

Padilla-Walker adds, “An absence of affection seems to be a bigger problem than high levels of conflict.”

Does it surprise you to learn that having a sister is so beneficial?