When you have a baby, there are so many firsts, and with modern technology, parents post just about every first on social media.

One of these exciting firsts is the first Halloween. While babies look cute no matter what, it’s certainly fun to have an excuse to dress up a baby in a costume, and there’s no limit to what some creative parents will do. But, it’s even better when you can find a costume that truly fits your baby’s personality. 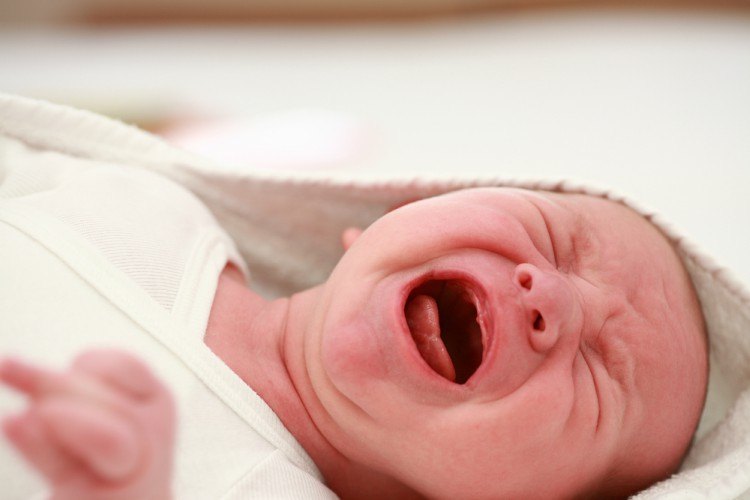 For AnnaMarie Stephens and her husband, their baby tended to get fussy and cry around bedtime. This really worked to their advantage for their baby’s very first Halloween.

You see, this couple loves to dress up for Halloween, and for their baby’s very first Halloween, they thought it would be particularly fun to do theme costumes as a family. Since they’d visited Universal Studios Orlando for their honeymoon and had each picked up a Harry Potter robe while they were there, they thought it would be easy and fun to do a Harry Potter theme.

Stephens has been a fan of Harry Potter since she was 7 when she first started reading the books, and she had a great idea for her son’s costume.

She found it pretty easy to make a DIY Mandrake costume. If you’re not familiar with a Mandrake, it’s a plant in the world of Harry Potter, and the cry of the Mandrake can kill anyone who hears it, which is why you need to wear earmuffs when you’re near one.

Stephens posted a picture on Facebook of her then 3-month-old son in his Mandrake Halloween costume, but it didn’t get much attention. Then, later that night, her son cried, and it was perfect. We doubt that parents have ever been so excited to take a picture with their crying baby.

According to Stephens, “We had our annual Halloween party on Friday, and when it got close to my son’s bedtime, he started to get fussy and cry, just like a real Mandrake! We quickly posed, had someone snap a few photos of us, and put him to bed.”

As parents do, she posted pictures from the party on Facebook later that night, and they ended up going viral. This is definitely what we call a parenting win.

She certainly couldn’t have picked a better Halloween costume for her baby. Makes us kind of wish we’d thought of this ourselves.

Would you dress your baby up as a Mandrake?