You’d think that when you’re a celebrity that everyone knows, restaurants would welcome you with open arms. Getting to say that a famous person has eaten at your location can only mean one thing: More business! Right?

That wasn’t the case for a waterfront restaurant, the Deep Cove Chalet, in Canada. When the Duke and Duchess of Sussex, Prince Harry and Meghan Markle, tried to make a reservation to eat there on Christmas Eve, the restaurant turned them down.

The couple was in Canada for Christmas visiting Markle’s mother in Vancouver. Before the holidays, they announced that though the two have spent the holidays with the rest of Harry’s side for the past two years, they would be making other arrangements this year.

That meant no traditional celebration at Queen Elizabeth II’s Sandringham House, a country house in Sandringham, Norfolk, England. That meant no family walk from the house to the nearby St. Mary Magdalene Church, saying hello to their fans who gather to watch, a holiday ritual fans look forward to. 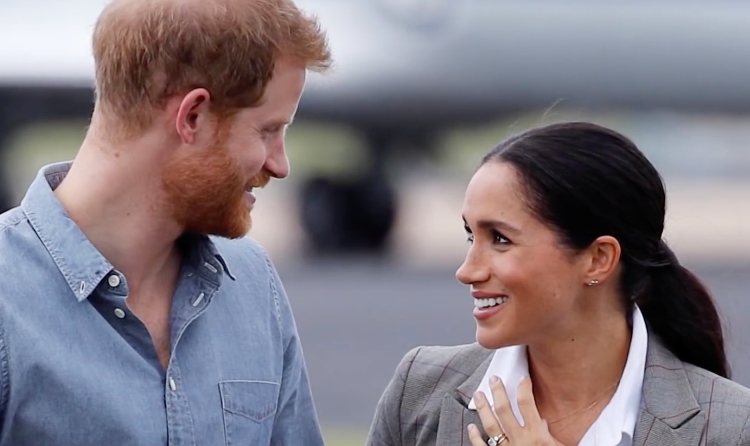 Maybe the restaurant denying their reservation was their payback for wanting to skip Christmas with the royals? Maybe it’s their way of being punished for not always adhering to the standard practices of royals?

Actually, the reason was simply because of their security detail. The owner of the restaurant, Bev Koffel, explained that it was her husband (the chef at the restaurant), Pierre, who denied them of making the reservation, but it wasn’t an act of disrespect at all.

“Let them have their peace and quiet,” she told the Vancouver Sun. “For us to be so lucky to have them in the area, how lucky is that? I wish them all the privacy they can possibly get. They deserve it.”

During their Christmas vacation, the family has enjoyed staying active, hiking in Horth Hill Regional Park as well as jogging in North Saanich.

“Horth Hill’s become a very popular place now. And they jog around, so they’ve been seen,” said Koffel. “It’s kind of exciting. I hope everything goes fine for them. They’re breaking away from tradition and I just wish them all the best.”

Koffel has always been a big fan of Harry and Meghan. Though she’s never met them, she bought Archie two baby books over the summer—Paseka: A Little Elephant, Brave by Ruth James and Neekah’s Knitting Needle, illustrated by Sheena Lott. “I hope to meet them one day,” she says. “I hope they get my books.”

To hear more about how and why Harry and Meghan’s reservation was denied, check out the video below.

What do you think of Harry and Meghan not being able to eat at this restaurant because of their security detail?