This Man Shows Us How to Cut String with Your Hand

Whether you’re looking for a quick hack to speed up your time in the workshop or a way to boggle your friends, this is one impressive trick. This YouTuber, whose channel is called Essential Craftsman, shows us a length of industrial-grade string. He then proceeds to cut the string — with only his hand.

No, we are not joking. This man can cut string without any tool but his bare hands, and as it turns out, so can you!

This guy is clearly pretty hardcore, but he can’t just pull off this trick because of his super-human strength. There’s actually a scientific reason behind this seemingly impossible hack.

The secret? It’s all in the friction, my friends. As well as just the right amount of tension and length of string. 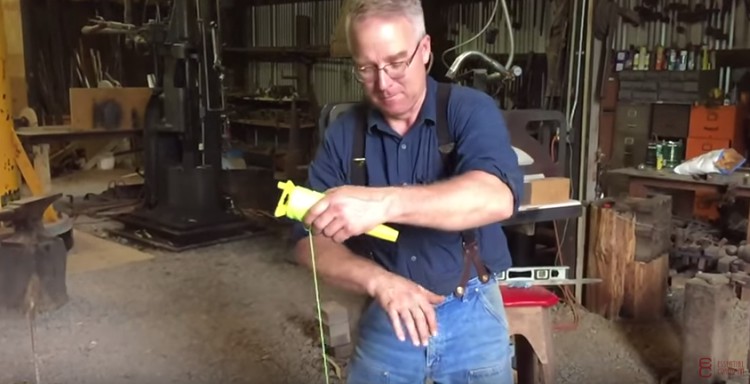 Essential Craftsman
At first, when he shows us very quickly, it’s amazing to see. It looks like magic, honestly! Then he slows down to show us step-by-step how he pulls off this miraculous trick.

Start by pulling out a piece of string; it should be anchored to the ground somehow. This man (whose name is Scott) wraps the string around his foot to keep it taunt. The other end of the string should be in your hand (whether it’s loose or in dispenser) so you can control it.

Full disclosure, he does mention that this will hurt a little bit. So it’s not something that we recommend young craftspeople try, and we urge anyone who wants to give it a go to be very careful. For this to work appropriately, it will have to be wrapped around your hand quite tightly, if only for a couple seconds. 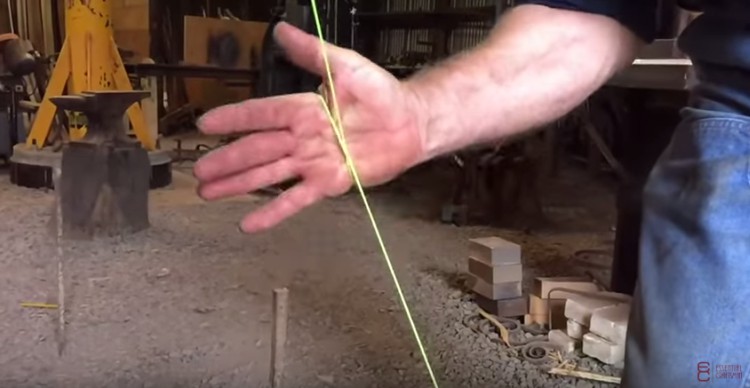 Essential Craftsman
As Scott notes, this will take practice! It’s a skill that requires just the right amount of pressure, length of rope, and tension of the rope, too. Most likely, it’ll take you a few tries to nail down the best way to do it before you’re a pro.

But once you are, this will be such a handy trick for the workshop! How many times do you have to stop in the middle of a project to find scissors or anything to cut a length of string? No more with this time saver!

Not only that, but as Scott mentions, this is such a cool hack to show your friends. They won’t believe that you can actually break this tough string with your bare hands, so seeing the look of shock on their faces once you show off your perfected trick will be amazing. (Also, you could get a couple bucks if they’re willing to take that bet!)

What do you think of this method of cutting string? Share your thoughts in the comments section below.