Man Finds a Hidden Safe in His Grandparents’ Closet

After his grandparents passed away, this Reddit user called “EvilEnglish” decided to take the responsibility upon himself to clean out their former house. He reported to Reddit readers that he had a great relationship with his grandparents, whom he lovingly referred to as PopPop and Nana. So it only seemed right that he would be the one to take on the job.

This was especially important when this man discovered that PopPop and Nana had left their farmhouse in Tennessee to their beloved grandson. As he went into the house to clean and restore it, the first thing he noticed was an extremely dirty rug inside his grandparents’ bedroom closet.

He decided to get rid of the musty old rug straightaway, but when he lifted it up to throw it away, he made an incredible discovery. There, hidden under the rug, was a strange, round metal disc in the concrete floor. Upon closer inspection, he realized that he had discovered something truly incredible — a hidden safe. The metal disc was actually a dial, which led to an underground safe in the floor. 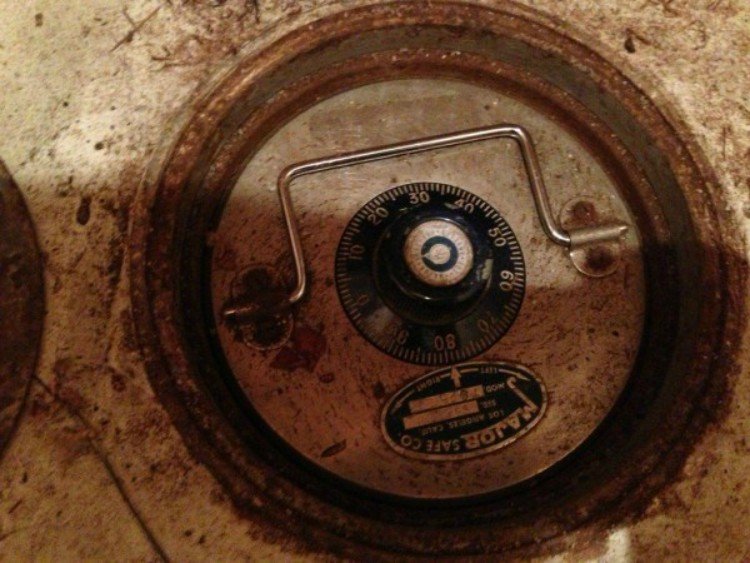 SlipTalk via Reddit
For days he tried to crack the lock on the concrete safe, but to no avail. Finally, he called a locksmith, who broke it open.

The Reddit user knew that his grandparents were avid collectors, so he imagined that the safe would be filled with interesting stuff. But he had no idea what he was about to discover.

After the lock was professionally removed, EvilEnglish found a pile of bricks underneath the floor. Not letting this deter him, he removed the pile one by one until he found an aged time capsule, dated from the 1930’s. Inside the capsule was a coin book, with the date 1937 printed on the outside.

Although the outside of the coin book had suffered from dirt and water damage, inside were a collection of impeccable coins. 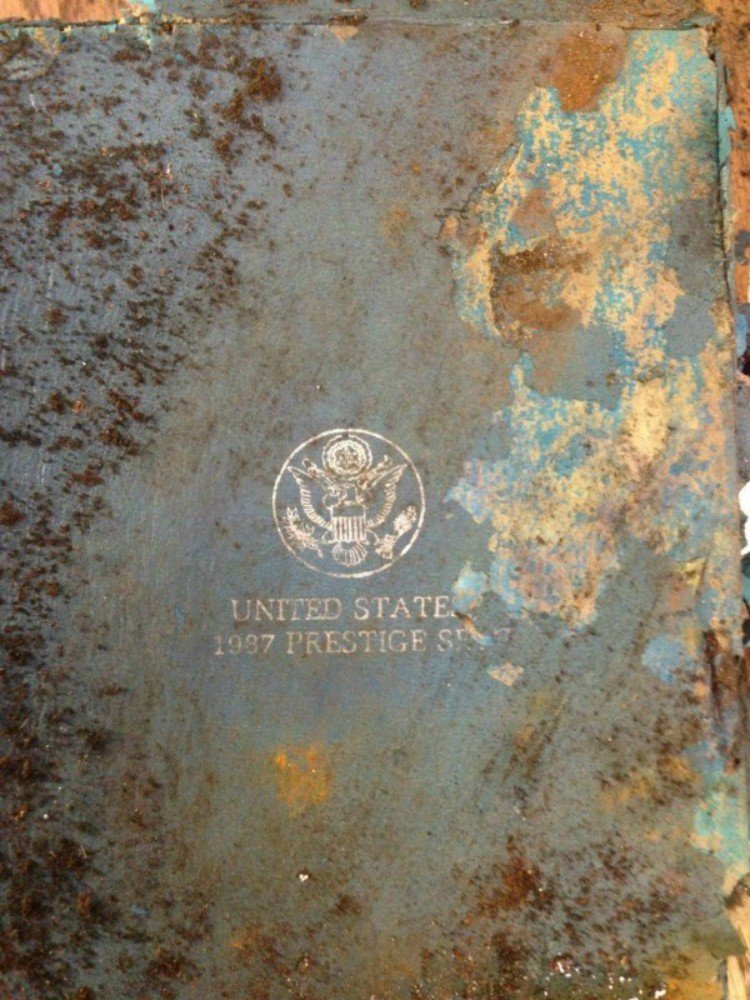 SlipTalk via Reddit
And that was just what was found inside the capsule.

In the rest of the safe, dozens of books of rare coins were found, as well as additional sacks of silver and gold coins. One Reddit user said that the coins found have even more collectors’ value than their actual face value. And EvilEnglish found a whole lot of coins. 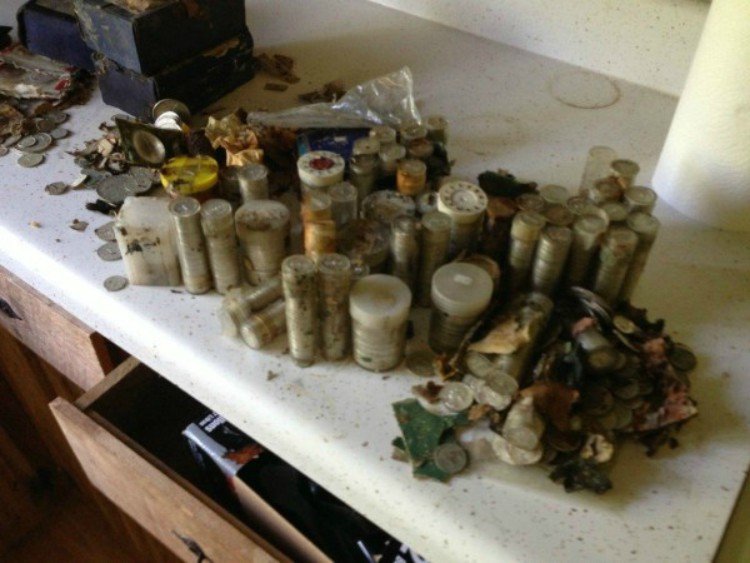 SlipTalk via Reddit
In addition, he found antique dueling pistols, old dollar bills, vintage wristwatches, and a rusty old toolbox. Insider, rather than tools, were piles and piles of priceless jewelry, which just added to the net worth of the goods already found.

But these items were not even the best part of what EvilEnglish stumbled upon! He also found solid silver bricks, something which has more than doubled in value since they were hidden away in the mid-30’s. 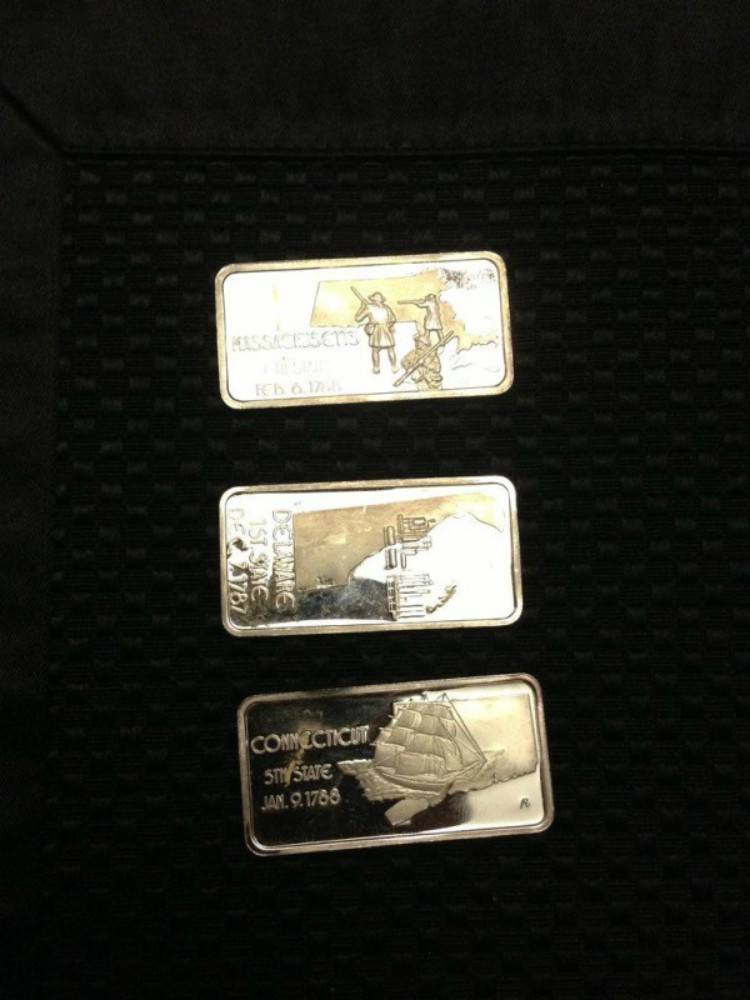 SlipTalk via Reddit
What an incredible discovery! This man had no idea what he was about to walk into, he just thought he was cleaning out the house of his dearly departed grandparents. But what he found was a truly once-in-a-lifetime discovery.

What do you think of this amazing underground discovery? Share your thoughts in the comments section below.