Having a baby can be intimidating enough, but for parents who have to care for a child who suffers from medical problems, it can be absolutely heartbreaking. Nonetheless, these days, moms and dads empowered by the wealth of knowledge available on the internet have the opportunity to educate themselves in inspiring ways.

Case in point is the story of parents Olin and Jackie Arnold who, after going to dozens of doctors, were able to come up with a rare diagnosis for their son on their own, by just performing a simple Google search!

The Georgia parents suspected that there may be something awry with little Logan when they first met the little guy. You see, their son’s features were not like other babies—he had upturned ear lobes, wide-set eyes, and an elongated face.

Unfortunately, Logan’s problems went far beyond his appearance. At just 10 days old, the baby stopped eating on his own and, as he got older, his parents noticed that he was not hitting his infant milestones.

After seeing various medical professionals, Olin eventually took the matter into his own hands. He recalls the day when he picked up his laptop and starting searching. “I literally Googled all of the characteristics…” he remembers. After targeting a possible three matches, Olin took his research a bit deeper.

“I started looking at pictures of the kids, and I found a photo of a little girl in Ireland that looked like his doppelgänger—they were separated at birth, so it seemed,” says the father.

Incredibly, this intrepid dad was able to bring a possible diagnosis to doctors that had never even considered it. The condition is called Mowatt-Wilson syndrome, and, based off of what he saw online, Olin was convinced that little Logan had been afflicted with it. 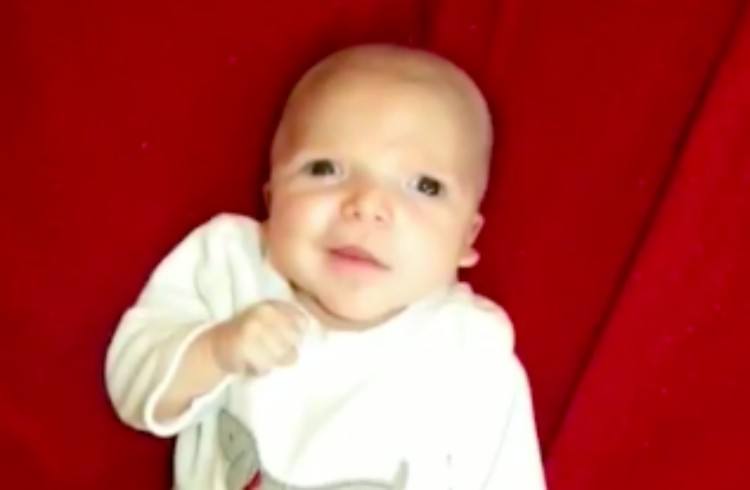 LittleThings
It wasn’t until the parents brought in the big guns—a geneticist—that the little guy was properly diagnosed with the very condition that his father so strongly felt that he had.

Now, we’re not criticizing Logan’s previous doctors for being stumped over his disorder; in fact, it’s hard to blame them. You see, there are only about 300 known cases of Mowatt-Wilson syndrome in the world today!

Jackie even says that it’s up to both her and her husband to educate their new medical professionals on the syndrome. And, since Mowatt-Wilson comes with a host of problems, including intellectual disabilities and delayed speech, the parents have been busy dealing with Logan’s team of specialists.

But the truly amazing part of this story is that the boy, despite his initially bleak prognosis, is thriving. He’s nonverbal, and he may be for life, but it’s obvious that he has no trouble understanding the world around him, and, most importantly, he’s very happy!

To meet this courageous family and see what Logan looks like today, be sure to click on the video below.

What do you think of Olin and Jackie’s online diagnosis? Do you know anyone who suffers from this medical condition? Have you ever helped contribute to a diagnosis by doing your own research? Tell us all about your thoughts and experiences in the comments section below!