Sorry to the teenage boys out there, but let’s face it. They don’t have an annoying Aunt Flo who visits them every month. The aunt who causes you pain. Who makes you moody. And tired. She’s the aunt who shows up when you least expect it. Perhaps that’s the worst part of her at all—when you’re not quite sure when she’s going to come for a visit, and then she leaves her mark.

One teenage girl got a visit from that crazy Aunt Flo for the very first time while she was on the school bus coming home from school. Even though her period had leaked through the back of her pants, she was completely unaware that anything had happened.

However, there was one person who did notice something that had happened. It was a boy. At an age where many boys (and even girls, we’d imagine) might’ve snickered behind the girl’s back about the stain,this very mature boy sprung into action quickly to help the girl. For a situation that could’ve ended pretty badly, everything actually went super smoothly thanks to this young man.

With some quick thinking, the boy walked up to the girl, whispered in her ear what had happened, and then slickly handed her his sweater to wear around her waist so that she could get off the bus with no one else seeing.

Of course the girl was pretty embarrassed, but this boy brushed it off like no big deal. ”I have sisters, it’s all good!” he assured her. How sweet is that? 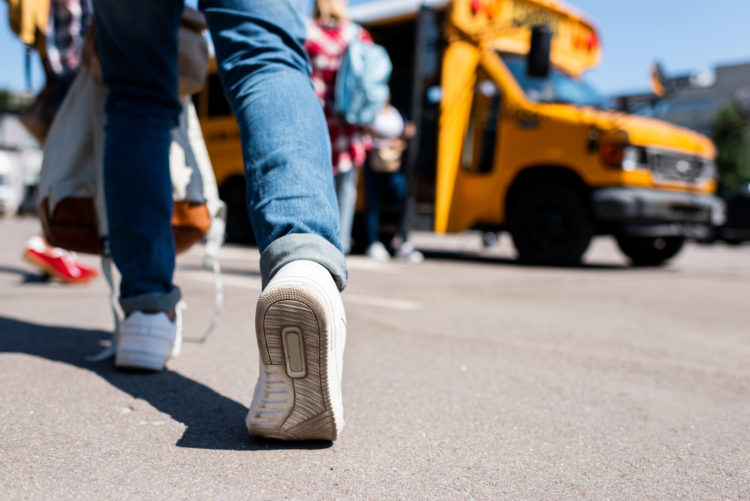 When the girl got home and told her mom what happened, the mother was so moved by this boy’s sweet actions that she had to post the story to social media.

“My daughter started her period on the bus ride home today, and a boy a year older than her that she doesn’t really know pulled her aside and whispered in her ear that she had a stain on the back of her pants and gave her his sweater to tie around her waist so she could walk home off the bus,” the mom posted on Facebook.

She even gave a shout-out to the boy’s mom for doing a good job raising such a gentleman. “If you are this boy’s Mom…I want to say thank you and that you are raising him right!” she said.

We definitely agree! It’s so heartwarming to see such a young boy be so understanding about something a lot of people his age might be grossed out by or make fun of.

“We hear so many bad things about today’s youth, and I wanted to share something positive,” the mom added.

“That boy will grow up to be a good husband to some lucky girl one day,” another person wrote.

How sweet is this story? If you have a boy, do you ever teach him about these types of feminine issues? What do you think they would’ve done in this situation?