The Middle Ages were a troubled time with plenty of difficulties that we don’t envy here in 2017. But one of the most fascinating things about this forgone era is the gorgeous architecture, much of which has withstood centuries of war and weather throughout Europe.

If you love learning about the Dark Ages, then you’re going to flip for the ongoing project that’s been happening for the last 20 years in Burgundy, France: the construction of Guedelon Castle. 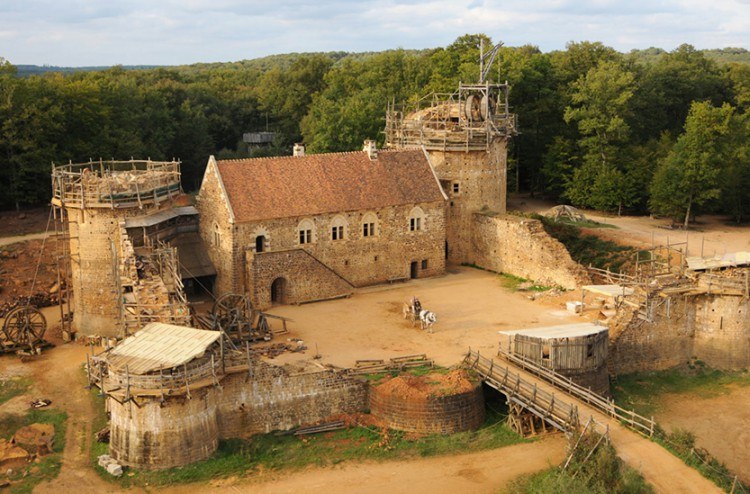 This unique project was started in 1997 and two decades later, volunteers and researchers are still hard at work building this authentic 13th-century castle, using only techniques and materials that were available at the time.

The Guedelon Castle project, started by Michel Guyot and Maryline Martin, has created 55 jobs and draws more than 300,000 visitors every year.

We can certainly see why the castle has drummed up so much attention; this “ancient” construction site is an amazing gem for history lovers and architecture lovers alike, and the creators take the project very seriously. For instance, there’s a period-accurate backstory attached to the project, which we find incredibly cool. 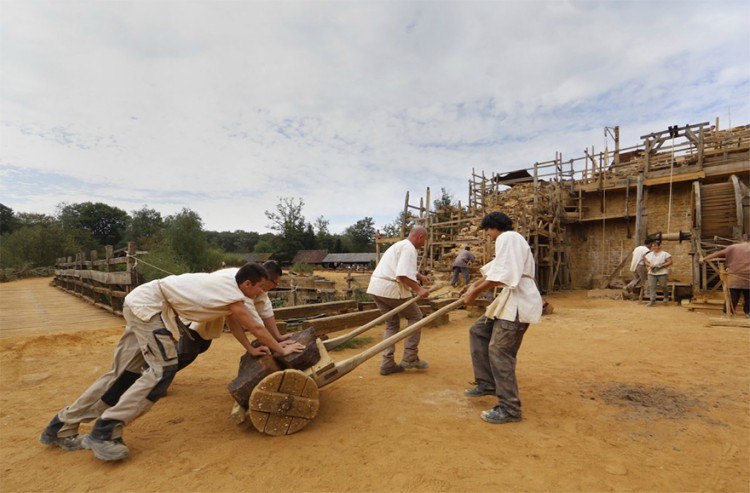 On the construction site, the workers wear era-appropriate clothes and everyone refers to the project start date and completion date in a very unusual way: ask any employee and they’ll tell you the work began in 1228 and, since the years are passing in this historical time, they’re currently still working in 1248.

This strict storyline has restricted the project managers and workers to ONLY the documents that would have been available to them from 1228 to 1248. 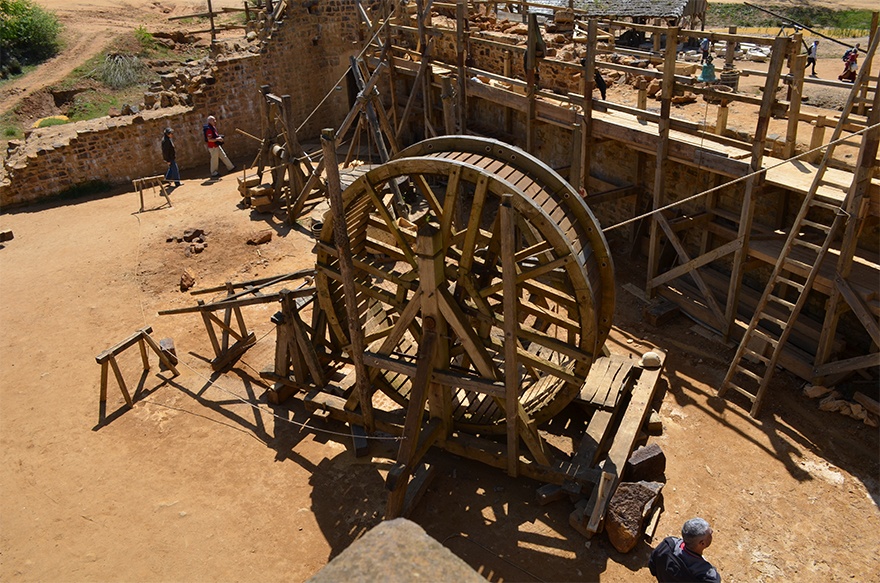 “The rule is that only what we know from documents that existed at the time is allowed,” says Sarah Preston, an English guide. “Funnily enough, we found that even though we knew we were being accurate, somehow the castle lacked soul. So we invented a character – the owner – who would have likes and dislikes, wanting this and not wanting that.”

It’s literally like you hopped in a time machine!

Seigneur Guilbert is a middle-ranking feudal lord (yes, everyone on the project has an era-appropriate title), who was granted the right to build his castle because he sided with the crown during a rebellion in 1226. Now THAT’S a backstory. 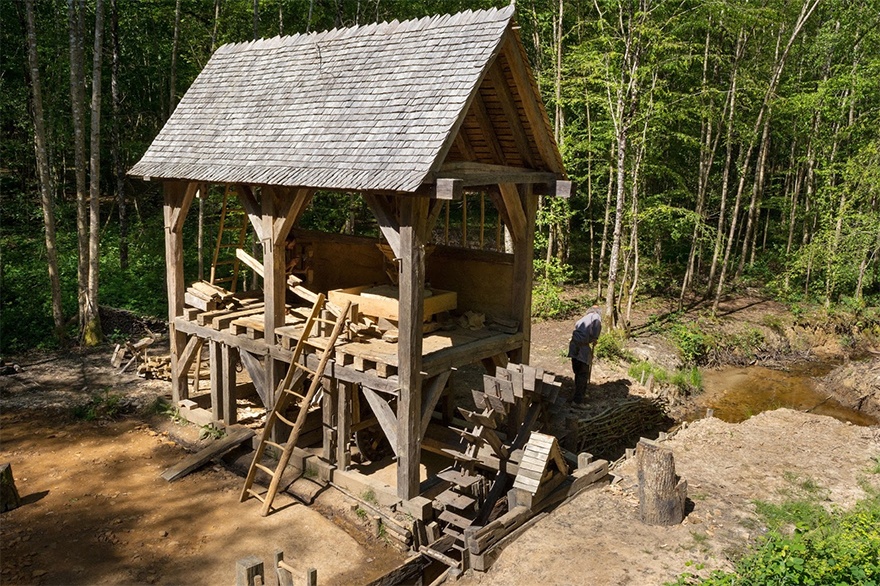 The workers have even been recreating realistic servant homes and different buildings that would be used on the project site and in day-to-day life. A blacksmith shop, a kitchen, and various living spaces have been constructed, for instance.

Completion of this incredible project is expected around 1253 – or 2023 nowadays – and we’re already planning our trip!