Guys, we’ve got the best news ever, especially if you’re a McDonald’s fry lover (and who isn’t, honestly?) Your favorite fast food chain currently has an amazing deal going on that you can get free fries until 2019! It seems almost too good to be true.

Like with anything that seems a little too great, there’s one small catch. We can barely even call it a catch because it’s such a seemingly small price to pay for free French fries.

In order to get the fries for free, you have to spend at least $1 through McDonald’s mobile app. Just download it one time, register, and you’re ready to go. So with that simple $1 purchase (which, let’s be real, isn’t very hard at McDonald’s) via the app, you automatically qualify for a complimentary fries. Did we mention it’s the medium-sized fries? Life just got even better.

The other “catch” is that this deal is only valid on Fridays throughout the year, and you can only get free fry per day. I mean, four free fries per month is still plenty and we’ll take it.

The deal began on July 13, which is, appropriately, National French Fry Day.

So what’s the deal, Micky D’s? Why so generous? Well, it turns out after a bit of a decline in sales over the past few years, McDonald’s has been trying to ramp up sales, specifically targeting the younger generation. They’re really trying to push their app since it’s convenient for everyone, including them. In fact, when customers make an order via the app, that eliminates an employee at the counter or drive-through, therefore saving them money.

Once customers “start using [the app] and get into that habit, it tends to stick,” said Peter Saleh, a restaurant analyst for BTIG. 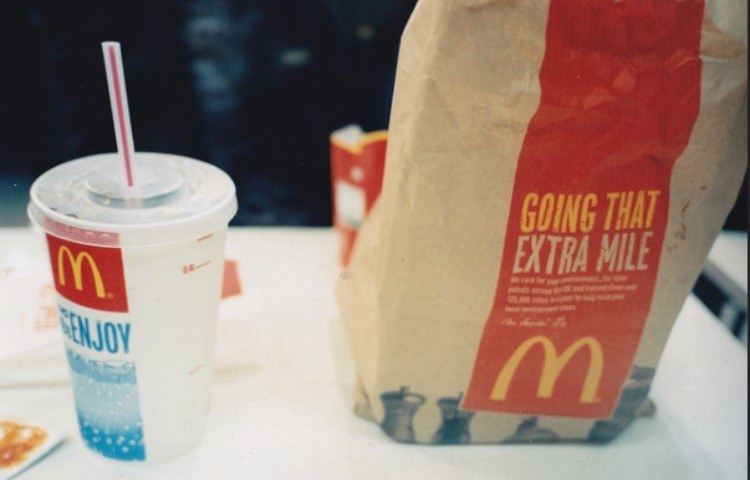 There’s another deal going on alongside the free fry offer in an effort to push their app, which they launched just last year—you can also get a free soft drink with a $1 purchase, and you can use that deal on any Tuesday or Thursday before the new year. This offer, like the fry deal, is valid one time per day offered.

So yes, you’re reading this right: You can essentially get a maximum of four free fries and eight free soft drinks a month by spending $12 in total. Something tells us we’re going to be headed to McDonald’s quite a bit between now and next year!

Many businesses are now turning to mobile sales apps in order to increase sales, especially recently. In fact, the amount of orders that people place via mobile apps increased by 50 percent in 2017, according to data from the NPD Group, a market research company.

Additionally, Business Insider Intelligence estimates that by the year 2020, ordering via mobile ahead of time will account for 10.7 percent of all quick-service restaurant sales.

What do you think of this awesome deal? Will you be downloading the app in order to get free fries (and drinks) before the year’s end?