With tragic events like the Parkland shooting in the news, school safety is definitely on our minds. The threat of dangerous people coming into schools to inflict harm is a terrifying one. There’s at least some comfort in remembering that classrooms themselves are meant to be safe spaces dedicated to the improvement of children’s lives.

The stories of brave teachers and staff risking their lives to protect students during the Florida shooting are a reminder of just how much they care about those children. Recently, however, the Huffington Post broke a story about one Florida teacher who used her classroom to promote white supremacy and other dangerous viewpoints.

By day, Dayanna Volitich is a social studies teacher at Crystal River Middle School in Crystal River, Florida. But according to the Huffington Post, Volitich ran a podcast called “Unapologetic” in her spare time, under the pseudonym Tiana Dalichov. “Unapologetic” was a platform for spreading white nationalist and other racist views. 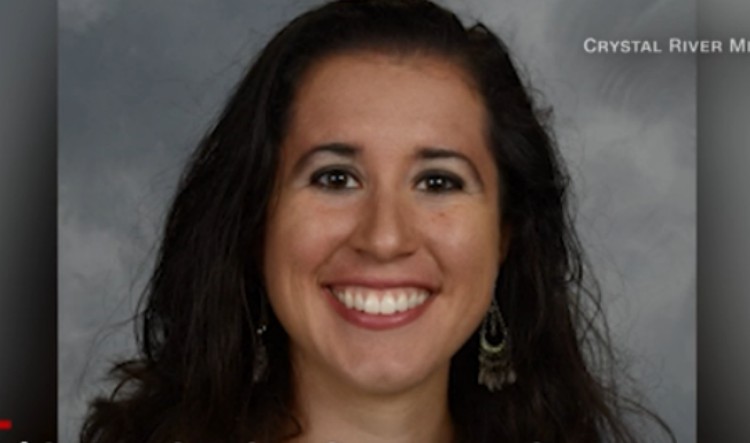 Episodes of the podcast, which included interviews with alt-right leaders like Lana Lokteff, have been taken down. However, they have been archived. In one episode of “Unapologetic,” “Dalichov” brags about promoting her biased, exclusionist views:

“I get to talk about topics that people don’t like to talk about. The things they shy away from because of political correctness. They don’t want to be seen as bigoted, racist, whatever you wanna call it. I honestly don’t care.”

“It isn’t supremacist or hateful to prefer your own people over others.”

The Huffington Post’s reporters were able to match details (including photographs) from “Dalichov’s” podcasts and posts to Volitich, proving the connection. Volitich does not deny that she was posing as Dalichov in order to spread the views. In a statement she released, Volitich insists that it was all “political satire and exaggeration” designed to attract followers.

“None of the statements released about my being a white nationalist or white supremacist have any truth to them,” she claims.

Volitich, posing as Dalichov, would brag about spouting anti-Muslim, anti-Jewish, and white supremacist beliefs in her classroom, then lying or acting differently when school officials would come around. Yet Volitich “humbly” asks for forgiveness, and insists that her/Dalichov’s political beliefs are not “injected into my teaching of social studies curriculum.”

Really? The Citrus County School District doesn’t seem so sure about that. As soon as the story broke, they released their own statement announcing that “The teacher has been removed from the classroom and the investigation is ongoing.” We’re glad to see that they’re keeping the students’ best interests in mind while they get to the bottom of this.

The possibility of a teacher using their classroom to promote hateful, harmful views instead of educating children is enough to make anyone’s emotions run high. Make sure to watch the video below for more about Volitich/Dalichov, and to see how parents are reacting to the news about what was really going on in their children’s classroom.