The World’s First All-Girl Sextuplets Are All Grown Up

Anyone who was old enough to read the papers in 1983 will likely remember the Walton sextuplets. Not only were these six adorable little girls the fourth EVER surviving sextuplets, they were also the first all-female sextuplets to ever be born, making them overnight sensations.

But the story behind the incredible birth wasn’t an easy road. The Walton parents, Janet and Graham of Liverpool, England, had been trying to have children for years, with no success. The couple even tried twelve failed rounds of fertility treatments.

The Walton’s decided to give it one more shot – and happily, they were granted a miracle. Janet finally became pregnant. But it was at one of their first doctor’s appointments they found out they were getting a lot more than they bargained for. 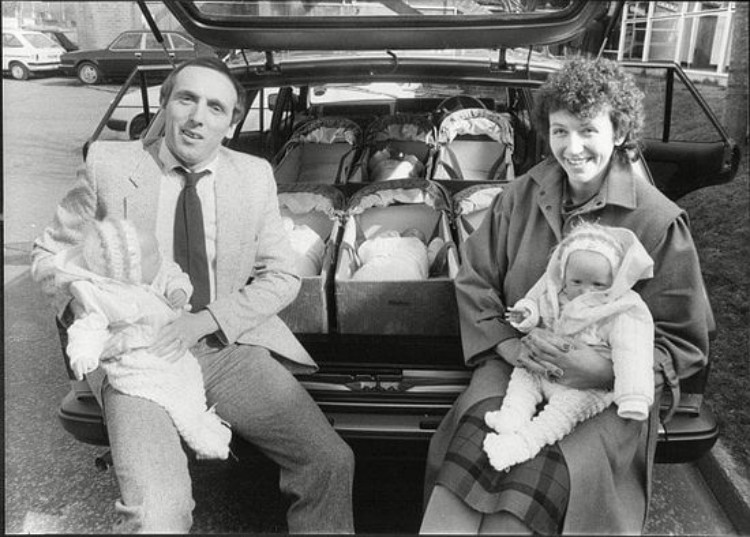 Janet wasn’t just carrying one baby, she was carrying six! As a precaution, Janet had to be admitted to the local hospital so she could be medically supervised, just in case something went wrong during the rare pregnancy.

However, Janet carried her babies safely all the way to her 31st week of pregnancy and successfully gave birth to six healthy little girls on November 18th, 1983.

The oldest was Hannah, then came Ruth, Luci, Kate, Jennie and Sarah. From then on, the girls were known to the world as the Walton sextuplets, the world’s only known set of all-girl sextuplets. 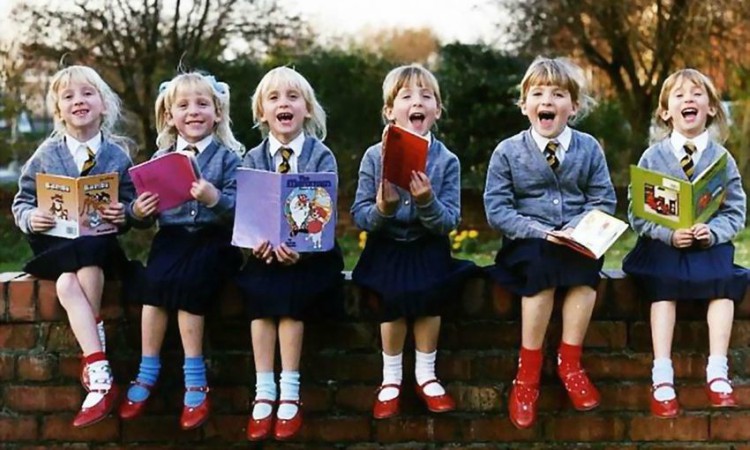 In the first two chaotic years, the family went through 10,000 diapers and got many a couple hours of sleep a day.

“We lived through those early years in a blur,” Janet said. “The only regret is that there wasn’t enough time to enjoy them as much as we’d have liked.”

Now, 34 years later, the six famous sisters are all grown up! Here’s what the Walton family looks like today: 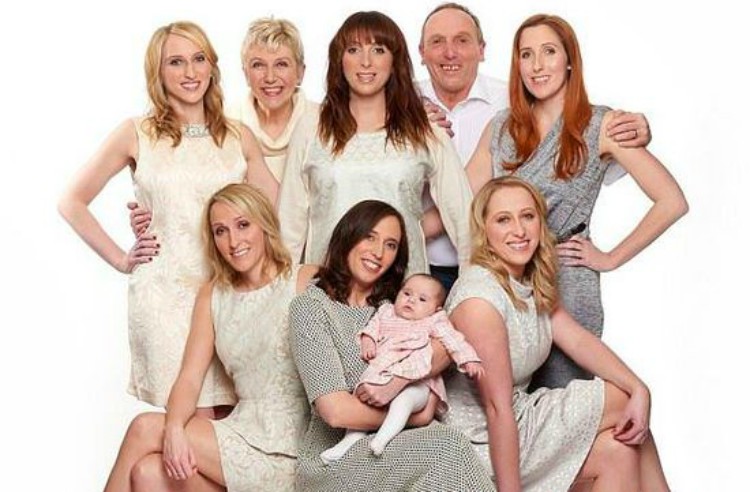 So, what are the girls up to as adults? Hannah has multiple degrees and is a primary school teacher. Kate works in human resources, while Luci works with an airline as a crew member. Jennie owns a retro sweet shop and Ruth is engaged and works at a call center. Sarah works in a medical center and gave birth to the first grandchild — Jorgie — on October 7, 2014.

Needless to say, Janet and Graham have some parenting wisdom to pass on to their middle sextuplet!

“When Sarah says: ‘Jorgie was awake in the night. I’m so tired!’ I don’t say anything, but I remember back to our girls’ early years,” Janet said. “For two years, Graham and I only slept for a couple of hours a night. It was very difficult, a constant round of nappy-changing and feeding. And we couldn’t learn from our mistakes because we experienced everything at once: the weaning, the potty-training, the first steps. It was a constant onslaught.” 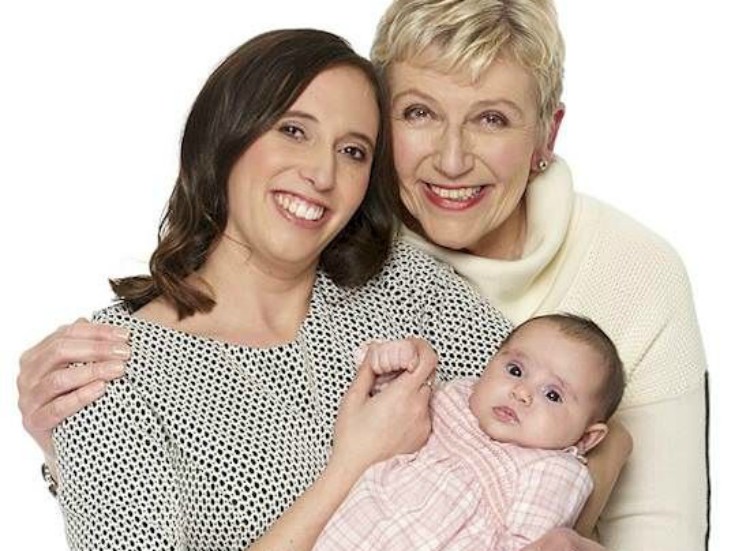 Dad (now grandpa) Graham agrees but admits there’s something extra special about being a grandparent.

“I loved those early years so much,” Graham said. “I couldn’t say one phase was better than the others. But there was always so much to do, we didn’t enjoy it as much as we would if we’d had one at a time. With grandchildren, you have time.”

Do you remember the Walton sextuplets being born? If so, were you surprised to see how grown up they all are? Make sure to share your thoughts with us.