You’ll Cheer Along When You Watch This Father and Bride Dance!

Let’s face it—many father-bride dances are sweet, but fairly predictable. Oftentimes, there are some tears and smiles shared between dad and daughter, usually set to some sentimental ballad. Fortunately, we’ve got a hilarious one for you today which is ANYTHING but ordinary. Bust out those parachute pants, and get ready to smile!

This video starts out with the bride, Mikayla Ellison Philips and her dad, Nathan Ellison, slow dancing to a traditional song—Bob Carlisle’s “Butterfly Kisses.”

But then, THIS happens! 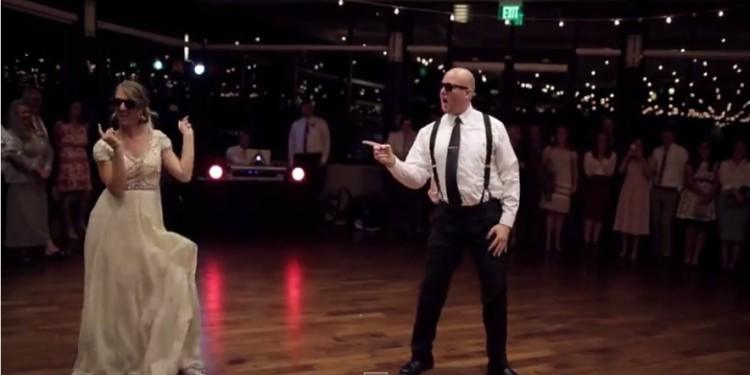 rumblestaff
The father-daughter duo scrap the corny stuff and move onto music that seems to fit their outgoing personalities much, much better.

The seamless mash-up features upbeat songs from all different genres, ranging from ‘90s hip hop to dance and even to disco! We’ve gotta say, that Nathan sure does look like he’s in his element when the music veers towards the ‘70s. A nod to his Studio 54 days, perhaps?

rumblestaff
Not to dis Mikayla, but the funniest part of this whole video is that her dad seems to be MUCH more into the whole thing than she is. In fact, it appears that she’s the one who is being a good sport here and indulging him. Something tells me that he conducted quite a few late-night solo dance rehearsals in his living room.

The man even does his best Justin Timberlake when *NSYNC’s classic “Bye Bye Bye” comes on, and he nails it—and that is coming from a die-hard Backstreet Boys fan, by the way.

Though her dad may have just about stolen the show – or the whole wedding for that matter! – the fact that the bride can bust those moves in that long dress and a pair of heels is maybe the most impressive element to this viral video.

The Utah native’s energetic reception has definitely caught the eye of more than a few viewers. In fact, her video has officially gone viral, with news outlets as far as Australia covering the story.

The trained dancer told ABC News about the motivation behind her now-famous performance. “I’ve danced my whole life but my dad hasn’t.” Well, he definitely fooled us!

The bride went on to explain that this had long been a dream of hers and her father’s. “Every night [in the week] prior to the wedding we’d run through it a few times. I think since we’d talked about it for years that it was pretty easy for it to come together.”

The gorgeous bride says that her moment in the spotlight with her dad wasn’t the only special thing about her big day. “The actual best part of that day was marrying my best friend.” How’s that for sweet? 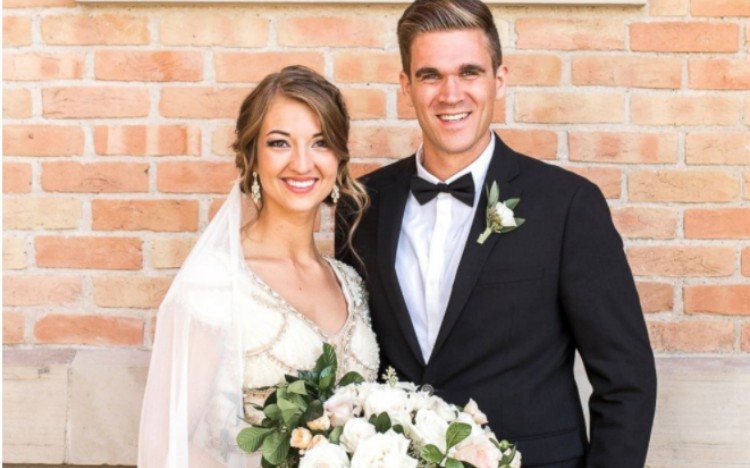 K Ell Photography
Watch the viral father-bride wedding dance video below to see Mikayla and her dad in action. We promise, this one will get you dancing in your seat!

What do you think about this inventive father-daughter wedding dance? Have you ever seen one similar in person? If so, how did the bride and her dad pull it off? Tell us all about your thoughts and experiences in the comments section below!