Family Rushed Coughing Dog To Vet. When The Diagnosis Comes Back, Everyone Laughs

When your dog is sick, it’s only natural to want to take him to the vet to find out what’s wrong. Our pets can’t tell us what’s wrong, so sometimes it’s even scarier when the dog is sick than the kid (though we won’t say that out loud!).

One Utah resident named Kennady thought no different when it came to her dog, Sullivan. One day Kennady was coughing so much that she had her husband, Alex, stay home from work so that he could keep an eye on him.

“It really, really freaked me out,” Kennady said. “He was wagging his tail and running around and just wanted to play but also kept making this horrific noise.”

They didn’t want to take any chances when it came to their furry friend. But the ironic part was, the cough seemed to disappear not too long after Alex decided to stay home.

“We figured he must have just gotten something stuck in his throat and finally got it out,” Kennady said.

That could’ve been true—had Sullivan not started coughing again the next morning as the two were getting ready to go to work. Alex decided he should probably stay home to watch the dog again.

Well, you could probably guess what happened later. The dog stopped coughing once more. 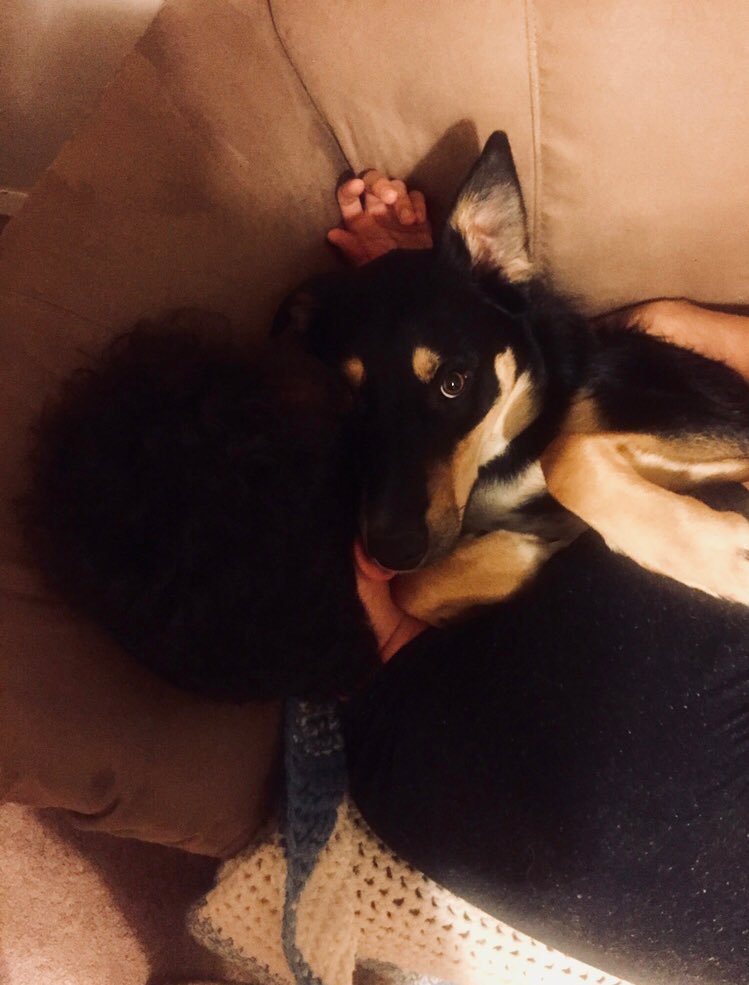 Alex decided to take him to the vet, and they got some good, yet confusing news. After taking a few tests, the vet said the dog was perfectly healthy! The dog was totally faking that hack, just like a child would when they wanted to stay home!

“Husband stayed home from work cuz our dog was coughing. We took him to the vet and paid 85$ for him to tell us OUR DOG WAS FAKE COUGHING,” Kennady posted on her Twitter account, which obviously went viral.

“Almost all of them said he could be acting sick in the mornings or when we leave him because he knows if he acts different or sick we pay more attention to him and stay with him,” Kennady said.

Though it sounds a bit crazy, dogs faking a cough is actually a relatively common phenomenon.

“Dogs certainly can learn that certain behaviors result in things that are good—such as a cough or a sneeze results in owner attention,” said Dr. Jill Sackman, head of the Behavior Medicine Service at BluePearl Veterinary Partners. “They are so clever that they realize that the behavior results in a reward.”

The funny thing is, the dog stopped the fake coughing after the visit to the vet—it was almost like he figured out that he was caught red handed.

“I’m actually not surprised at all that he could pull this off,” she said. “He has been an insanely smart dog since we got him when he was a puppy. He learned and picked up on stuff really fast. He’s a really great dog.”

Not sure if your dog is faking it or not?

Experts say probably not real if the cough sounds forced (not wet or bubbly), they make eye contact as they cough or their tail might wag a bit.

Of course it doesn’t hurt to take them to the vet any way, like these two did! A the very least you get a bit more quality time with the pup.

How funny is this story? Have you ever caught your dog faking a cough? Did you even know that a dog could fake cough at all?