Why Her Controversial Parenting Technique is Raising Eyebrows

We’ve been on the scene long enough to know that some stories that we share bring about more chatter than others. Take the topic of breastfeeding, for example. While we can all agree that it’s a natural, healthy act, clearly, comfort levels regarding the subject vary GREATLY depending on who you talk to.

OK, before you dismiss this as yet another breastfeeding debate and we lose you, we do have to emphasize that this is one of the more contentious tales that we have ever come across!

It involves a British woman named Miira Dawson who, in 2015, riveted the nation by sharing the details of her unusual parenting style.

In a now-infamous interview with The Daily Mail, the 36-year-old mother of two says that her goal is to carry on breastfeeding both her 5-year-old daughter and her 2-year-old son until they each reach their tenth birthdays.

“I think it is a lovely thing for a baby to grow up and remember being breastfed, as not many people would be able to say this,” Miira says. “Plus, there are all of the health and IQ benefits.”

In regards to her 5-year-old daughter, Tara, the mom defends her choice by explaining that the time she spends nursing the kindergartener also promotes healthy bonding and comfort.

“She’s never had a blanket or dummy (pacifier) so that is her equivalent,” Miira says. “I’m sure if I could detach my boob and just give it to her, she would be extremely happy.” 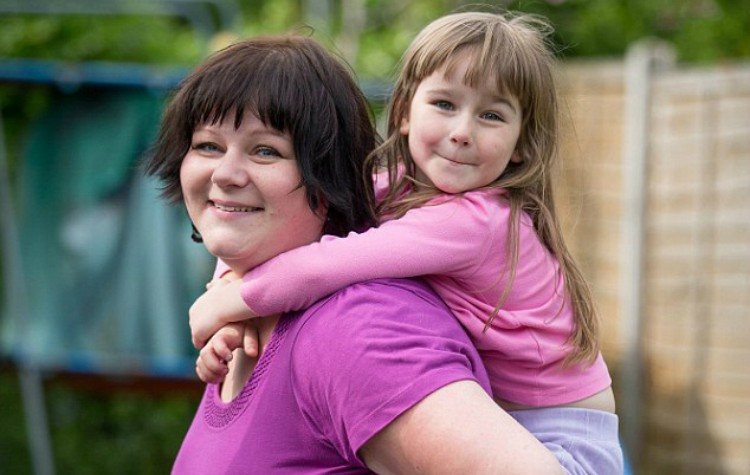 On top of the later-than-normal breastfeeding, Miira also practicing co-sleeping, meaning that both Tara and her 2-year-old brother sleep in bed with their mom. They have their father, Jim, living with them, too, but he’s been relegated to another bedroom.

“Naturally I feel left out when it comes to the sleeping situation,” Jim laments. “I feel like it restricts mine and the children’s time together and it doesn’t give me the chance to do things that I would like to, such as reading bedtime stories.” 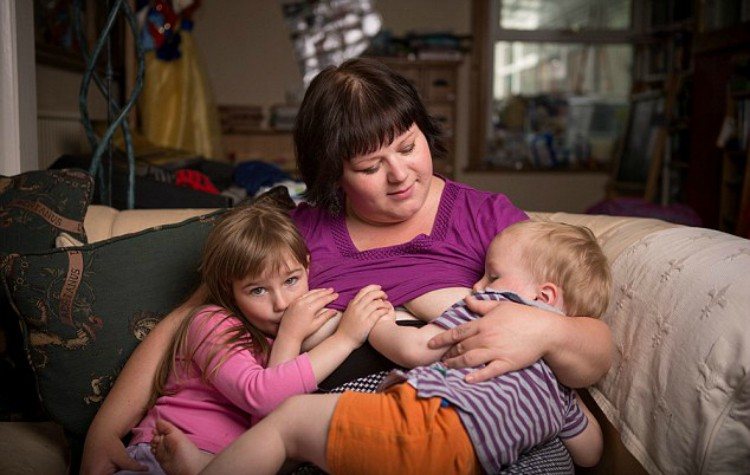 What the experts have to say about extended breastfeeding

While the topic may make some squeamish, there seems to be nothing inherently “wrong” with breastfeeding kids until much later than what is considered “normal”.

In a report endorsed by the American Academy of Family Physicians (AAFP), it is written that the natural weaning age for humans is anywhere between 2 and 7 years-old, a point that we think someone like Miira could get behind.

They go on to say that breastfeeding past infancy and even into toddlerhood has been shown to decrease breast cancer in the child later in life and could even grant the young’un continued protection against contracting illnesses.

Interesting stuff! Although we’ve heard plenty of negativity in regards to Miira’s lifestyle, we do have to say that she may be on to something.

We can’t wait to hear what you guys have to say about this divisive issue. Do you believe that Miira should still be breastfeeding when her kids turn 10? Why or why not? When is the best time to stop breastfeeding?