Boy Gets Disciplined Because of an ‘Emerging Hole’ in His Jeans

Sometimes discipline on a child at school is necessary—say, if they were bullying another student or got caught cheating on a test. And then there are those times that students get scolded for reasons that most people would raise an eyebrow to.

Case in point: 11-year-old Ethan Orr, who was sent to his principal’s office at Laurens Middle School in South Carolina for none other than an item of clothing he was wearing.

Now you might think maybe he was wearing a T-shirt with some kind of offending remark, or maybe he was donning something too revealing. Nope, neither. Ethan was disciplined because of an “emerging hole” in his jeans.

An “emerging hole,” as you might imagine, is a tear in pants that will likely create a hole, but hasn’t created one yet. Both holes as well as  “emerging holes” go against the school’s dress code.

When Ethan’s mother, Lisa Orr, received a phone call about this, she was shocked. “I was like, ‘Is this really a reason for him to have to be sent to the office?’ And [the principal] was like, ‘Well, we realize it’s not a hole. It’s what we call an emerging hole,’” Orr said, after being called to bring him another pair. “He missed an entire day of education for that.”

Unfortunately for Orr, money is tight and she can’t always afford to get her son new clothing. “My mother and father live paycheck to paycheck, and so do I,” she said, noting that most of her son’s shirts have a few hole in them as well.

Orr believes that the policy promotes bullying and that the school “doesn’t have to nitpick like they do.”

“Basically, he’s sent out of class. He has to go into the office and announce that he’s there because he has a hole in his pants in front of these other kids,” she said. “As a mother, that broke my heart.” 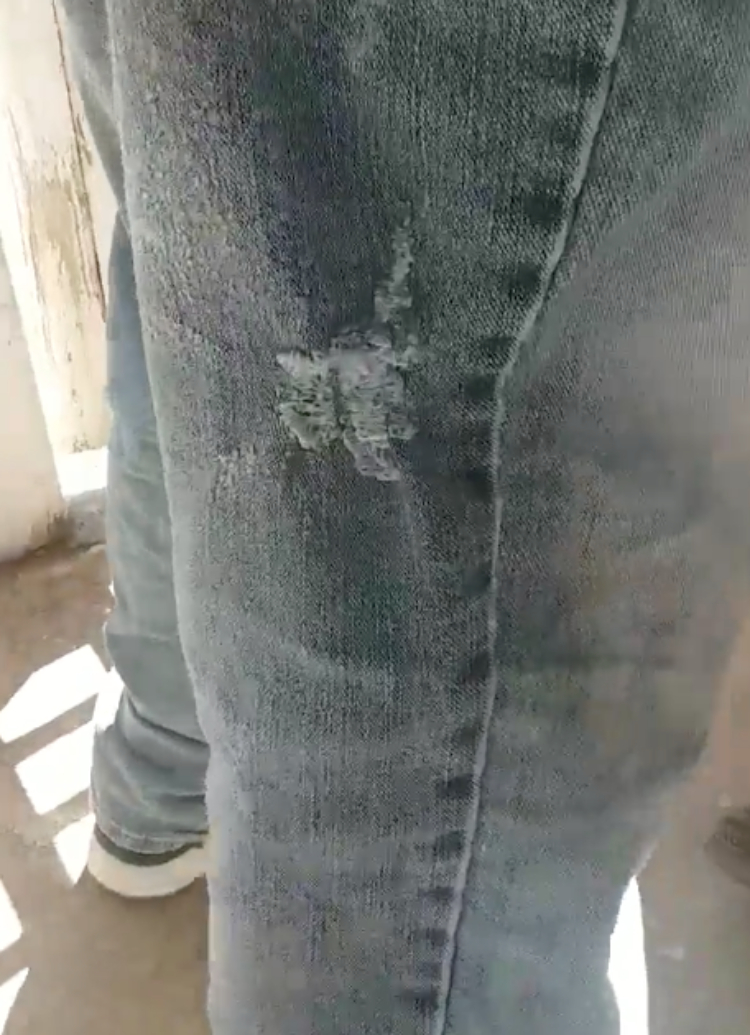 We can totally see that—so why so strict over a hole, especially a hole that isn’t even actually a hole?

“The rule about emerging holes deals with the fashion industry and clothes that come with preexisting holes,” explained Edward Murray, director of public relations for the school. “When it comes to normal wear and tear, we certainly want to work with parents.”

And fortunately for Orr, they did. After fighting to get this section of the dress code amended, Murray, said that district superintendent, Stephen G. Peters, has finally ordered the school to do so.

“We consider parents to be our partners in the education of the whole child in Laurens County School District 55, and we are always happy to discuss any questions or concerns a parent may have,” Peters said.

We’re glad that this seemingly unnecessary rule was revised. While school dress codes are important, there’s no need for ones that might spur bullying for no reason.

What do you think of having “emerging holes” as a no-no for school? Would you be just as pissed as Lisa was if your child was sent to the office for such a thing?