What comes to mind when you think “Elvis Presley“? For most of us it’s that voice, or maybe those hips, or possibly even one of those rhinestoned jumpsuits. Whichever element we know and love best, it’s likely one that has to do with The King’s incredible performing abilities, and the one we think of first probably has a lot to do with how old we were when we first learned there was such a person in the musical world. For those who were around when the “Tupelo tornado” burst into a brand new level of stardom in 1956, their memories might be of his appearance on The Ed Sullivan Show— or they might be of one particularly scandalous photo.

Are you familiar with it? Take another look at “The Kiss” and tell us if it rings any bells: 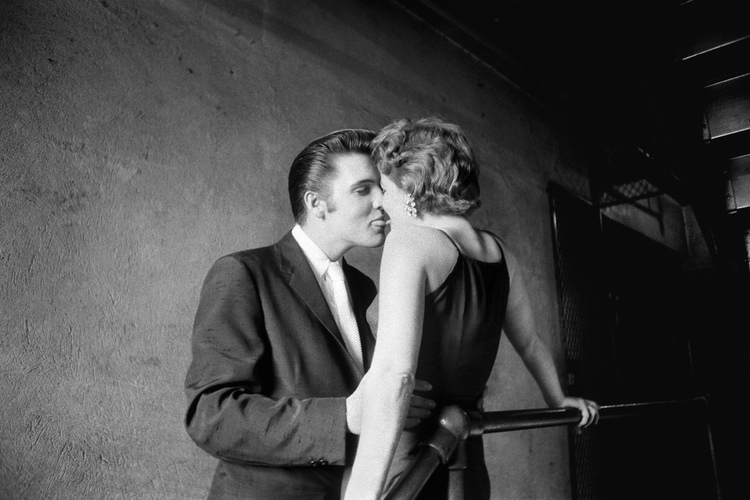 This photo sent out shock waves when it was originally released to the public. Not only did it feature the then twenty-one-year-old Elvis in all his youthful attractiveness, it showed him with a young woman in a pretty intimate pose. The picture didn’t just make an impact on other young ladies dreaming of their own dates with “Elvis the pelvis” – a nickname he reportedly hated, by the way – but on a culture that was used to more discrete, closed-mouth kissing, and more conservative behavior in general. Elvis’ clearly visible tongue caused a bit of a small scandal! Today, it stands as a playful, still-pretty-PG moment, capturing the icon right at the start of his career and right before a concert at the Mosque Theater in Richmond, Virginia, days before his first big appearance on The Steve Allen Show. But it takes two to tango and to, well, kiss, so who’s the woman in the picture? For years, her name was lost to history, but after all this time, the lady in question has stepped forward. 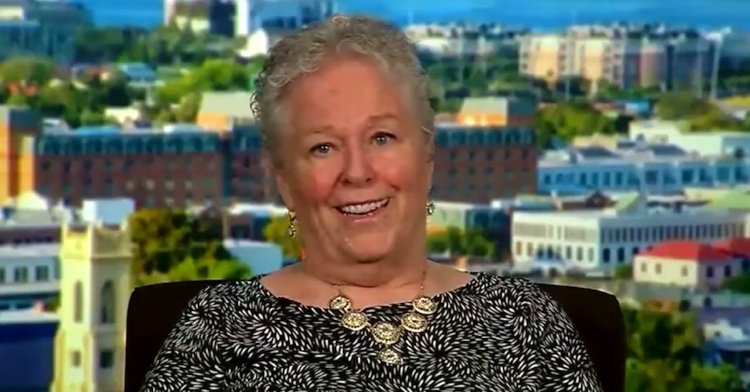 Of course, after sixty years, Barbara looks a little different, but that’s definitely her, back when she was a twenty-year-old old known as Bobbi Owens who called Elvis Presley’s hotel room on a dare after he performed in Charleston, South Carolina. Incredibly, she actually chatted with the singer for about an hour and a half. Even more incredibly? Elvis then sent a car for her and had her come meet him in Richmond. Since she was planning on heading up to Philadelphia to visit a man she’d been seeing anyway, Barbara actually took him up on the offer. The two spent the day together, and before Elvis was due onstage at the Mosque, they ended up in that soon-to-be-iconic stairwell.

“Elvis kept trying to kiss me,” Barbara tells Inside Edition. “I kept turning away, and one time I stuck my tongue out, and he stuck his out and touched mine.”

Their tryst ended after that day, but it was captured forever in multiple pictures by photographer Alfred Wertheimer. Occasionally, that’s meant the photo has resurfaced in Barbara’s life in surprising and funny ways. Vanity Fair reports:

Several years ago, Malcolm Gray was watching an Elvis Presley tribute show on Pay Per View when a still photograph appeared: the iconic 1956 shot of the 21-year-old rock ‘n’ roll star playfully romancing a blonde fan backstage. Gray’s eyes widened. “My God, come here!” the electrical engineer shouted to his girlfriend, Barbara, now his wife. “They’ve got you on that big screen. Does Priscilla know who you are?”
“No,” Barbara said, nonchalantly, from the other room. She had seen that photo hundreds of times over the past half-century. “I was before Priscilla, Malcolm.”

So how did Malcolm take the news? What did Barbara think as a young woman when the photo started to, as we’d say now, go viral? Did she ever see Elvis again? And what made Barbara finally come forward to attach her name to this iconic picture? Watch her interview with Inside Edition for the rest of this fun piece of music history.

Learn more about Elvis, Barbara Grey, Alfred Wertheimer and “The Kiss” in this profile from Vanity Fair.