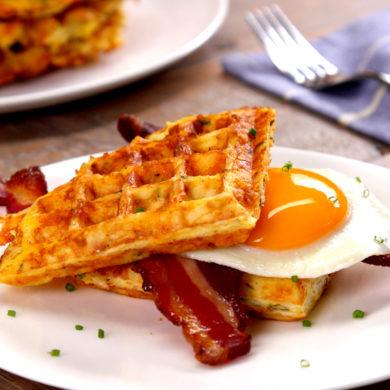 What happens when you grill all of your favorite breakfast flavors–eggs, cheddar cheese, chives, and hash browns–on a waffle iron? You get outrageous savory waffles that make syrup totally irrelevant.

These savory waffles have got it going on all by themselves — but you can bet that with a fried egg and some bacon strips between them, they’ll take your waffle sandwich to the next level. Or can you imagine the fully-loaded fried chicken and waffles these would make? 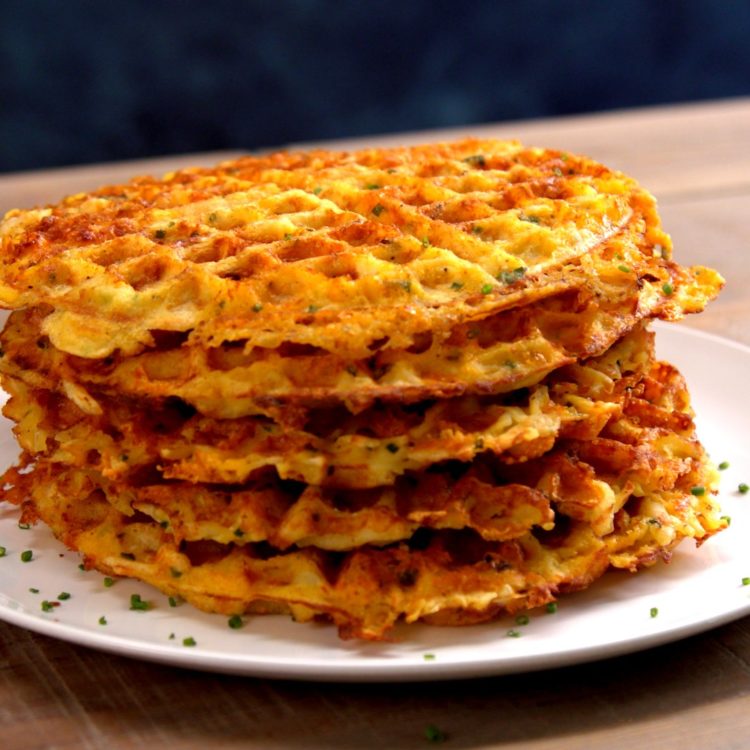 The waffle iron has become our favorite way to make hash browns because it’s a quick and easy way to get the crispiest, crunchiest hash browns without having to fry them in a lot of oil. It also leaves you with one more open burner for cooking those fried eggs and bacon we talked about. 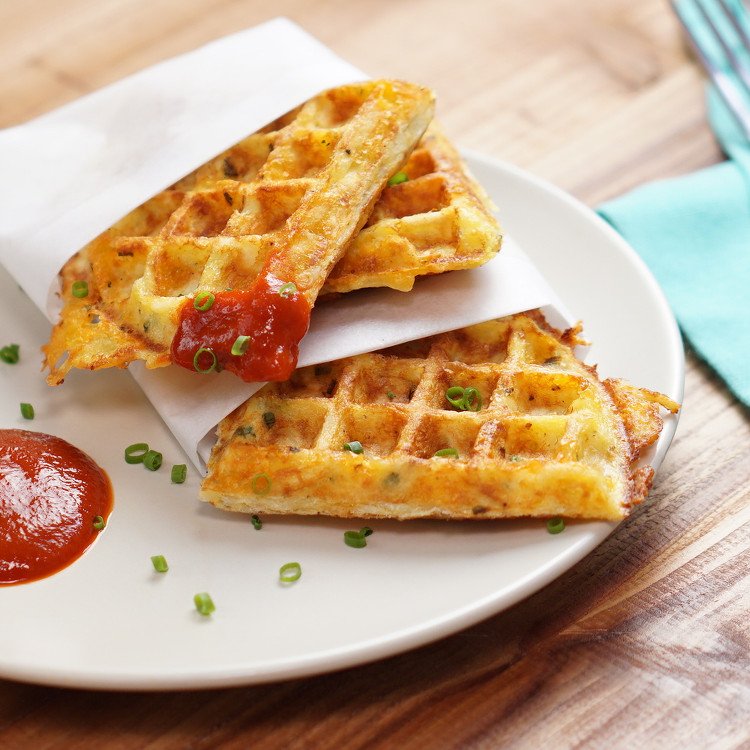 We stuck our bag of frozen hash browns in the fridge the night before to thaw (because the less time we have to wait for the waffle hash browns to cook, the quicker we get to chow down on those crunchy potatoes, and stretchy melted cheese). 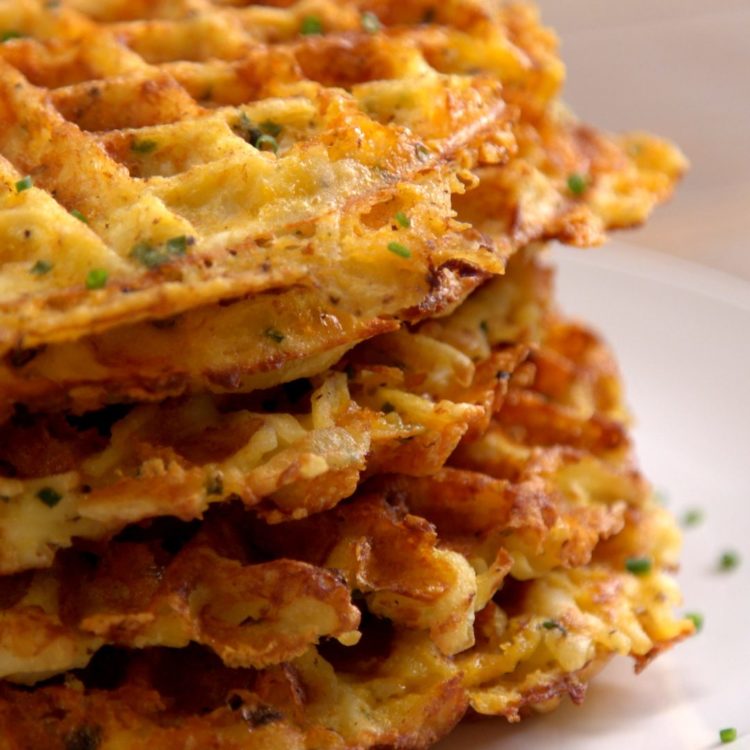 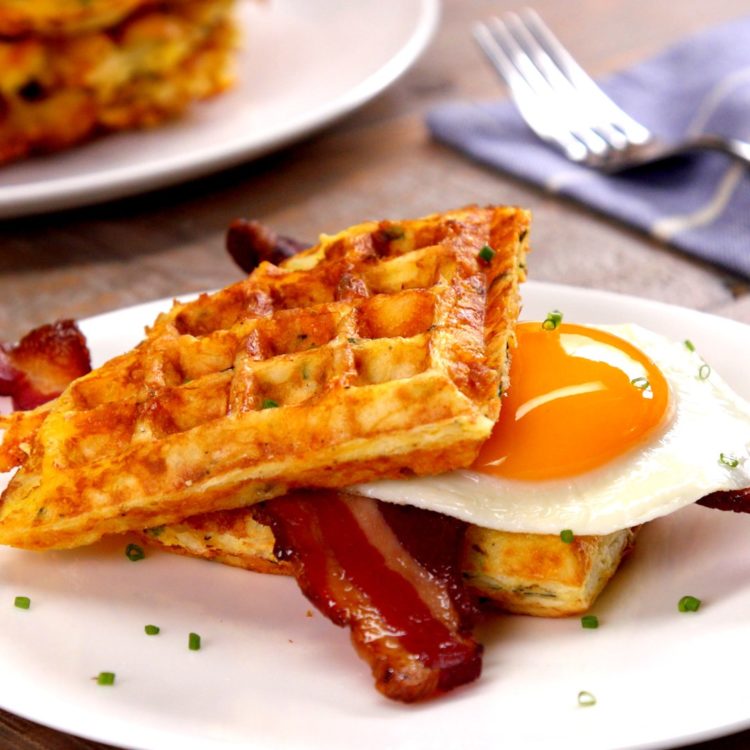