“Earthship Homes” Are Becoming More Popular, And You’ll Understand Why Once You See The Inside

Most homes that you are familiar with probably look pretty boxy with straight lines and sharp corners. Most homes can also be quite wasteful and completely reliant on city services for things like power and water. A building known as an “earthship” is quite different in both looks and functionality.

Inspired by Michael Reynolds book “Earthship,” Martin and Zoe built the very first council approved earthship in Australia. The structure they ended up building is based on a design Reynolds named The Simple Survival Model Earthship. Technically, since Martin and Zoe already had a home on their property, the earthship they built functions as a bed and breakfast. 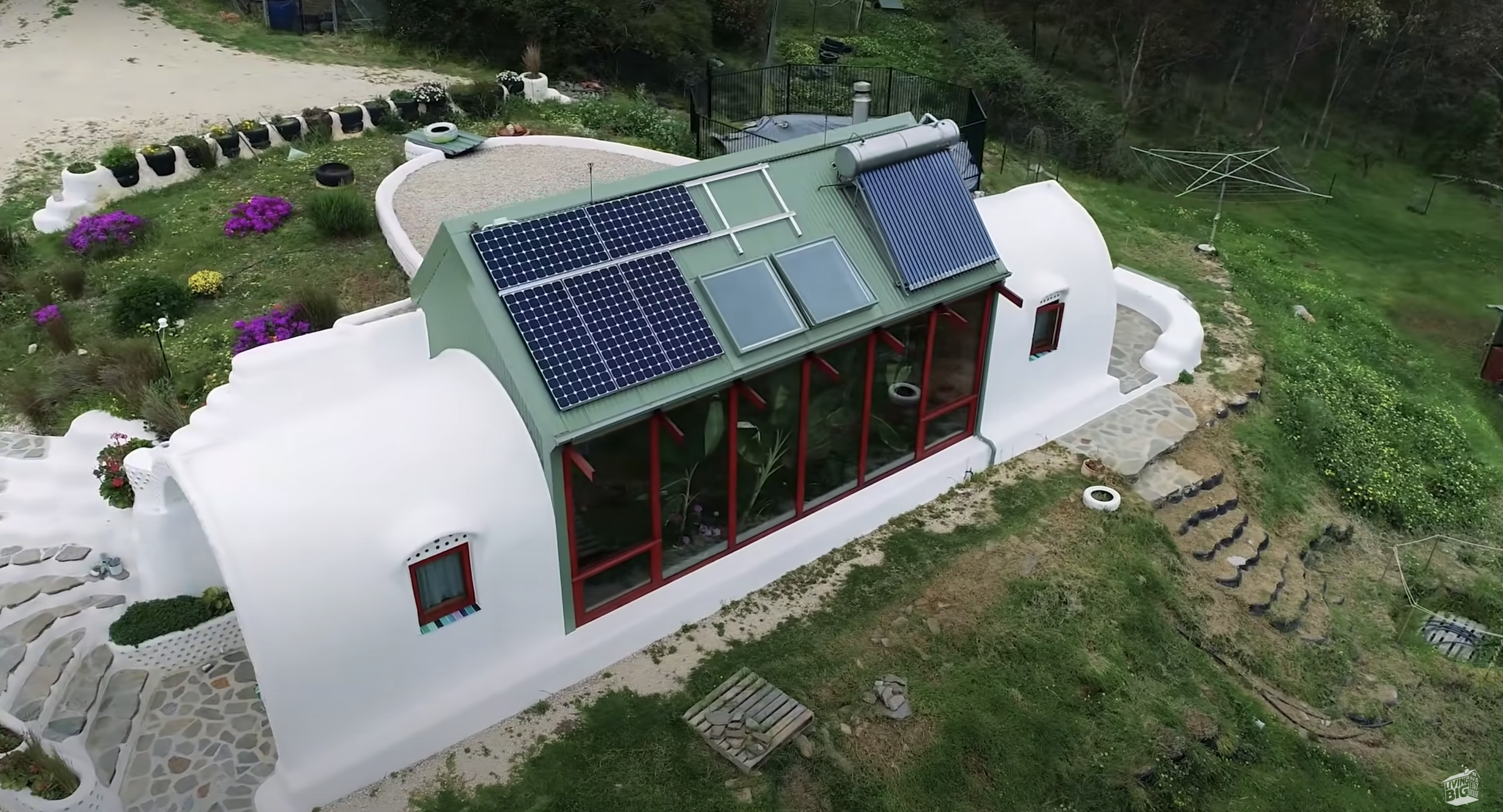 Bryce Langston caught up with Martin and Zoe to learn more about their earthship and to find out what exactly makes an earthship special. Martin explained, “An earthship is an off the grid building made out of natural and recycled materials. It’s a bit like a spaceship or a sailing boat that has to be all self-sufficient, doing everything for itself, whether it’s power, water and sewage. It’s also called an earthship because it uses a lot of earth in its construction.” He described that the “ship” part of the name is due to the way “you kind of have to sail” the building by knowing when to open and close things like windows and vents to control the temperature inside.

Speaking of the inside, it’s about 750 square feet, and although there are windows and skylights on one side of the home, the other side is mainly underground.

After walking through the main entryway to the home, we enter the “greenhouse.” Bryce described it as “like having a forest in your living room.” 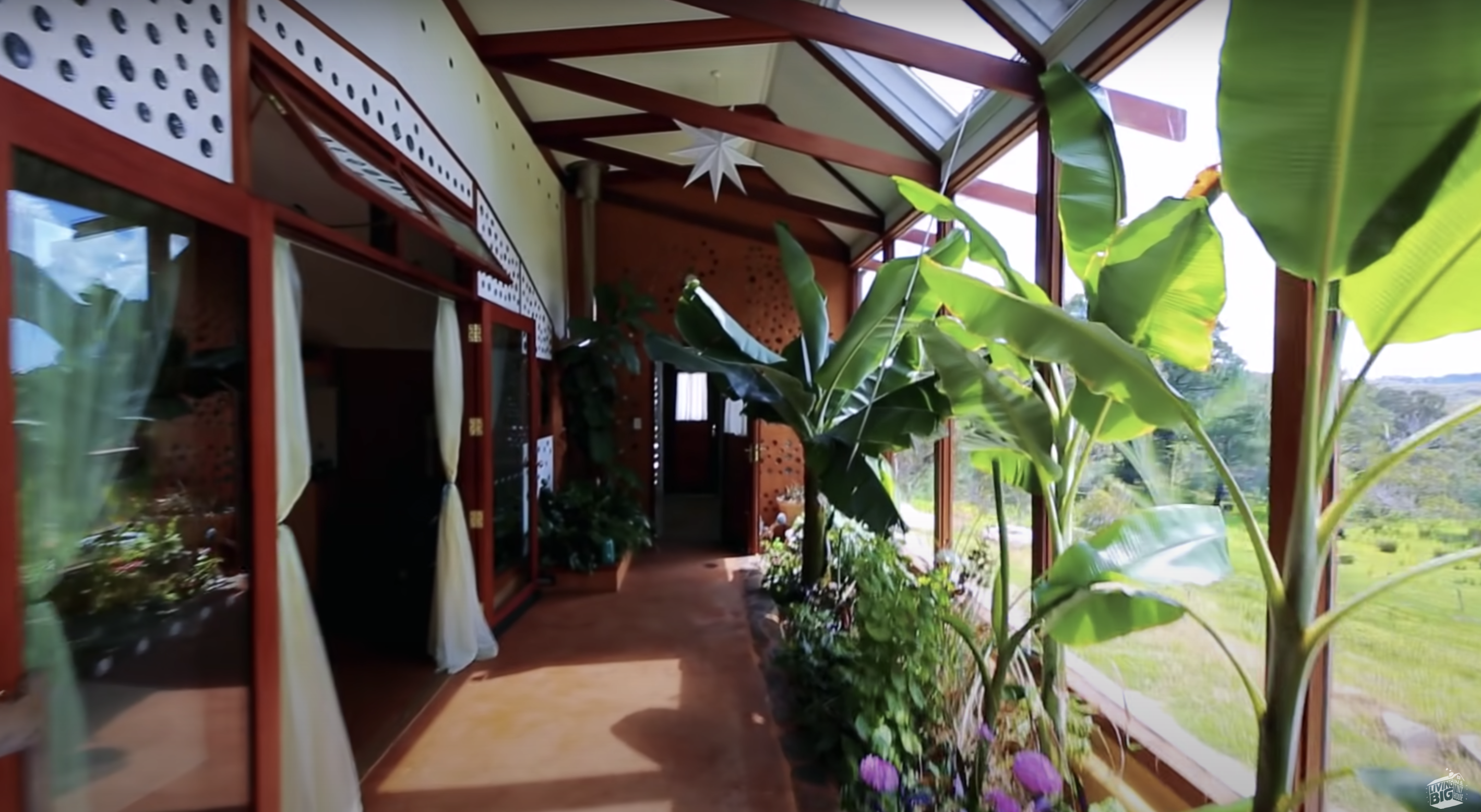 Besides being beautiful, the indoor garden is also functional. Martin explained that the plants help regulate the temperature inside the building. The plants also grow food like bananas, and the garden can be watered by water from the bathroom. Unfortunately, Martin was told by the council that he had to remove that functionality and instead direct water from the bathroom to the sewage system. 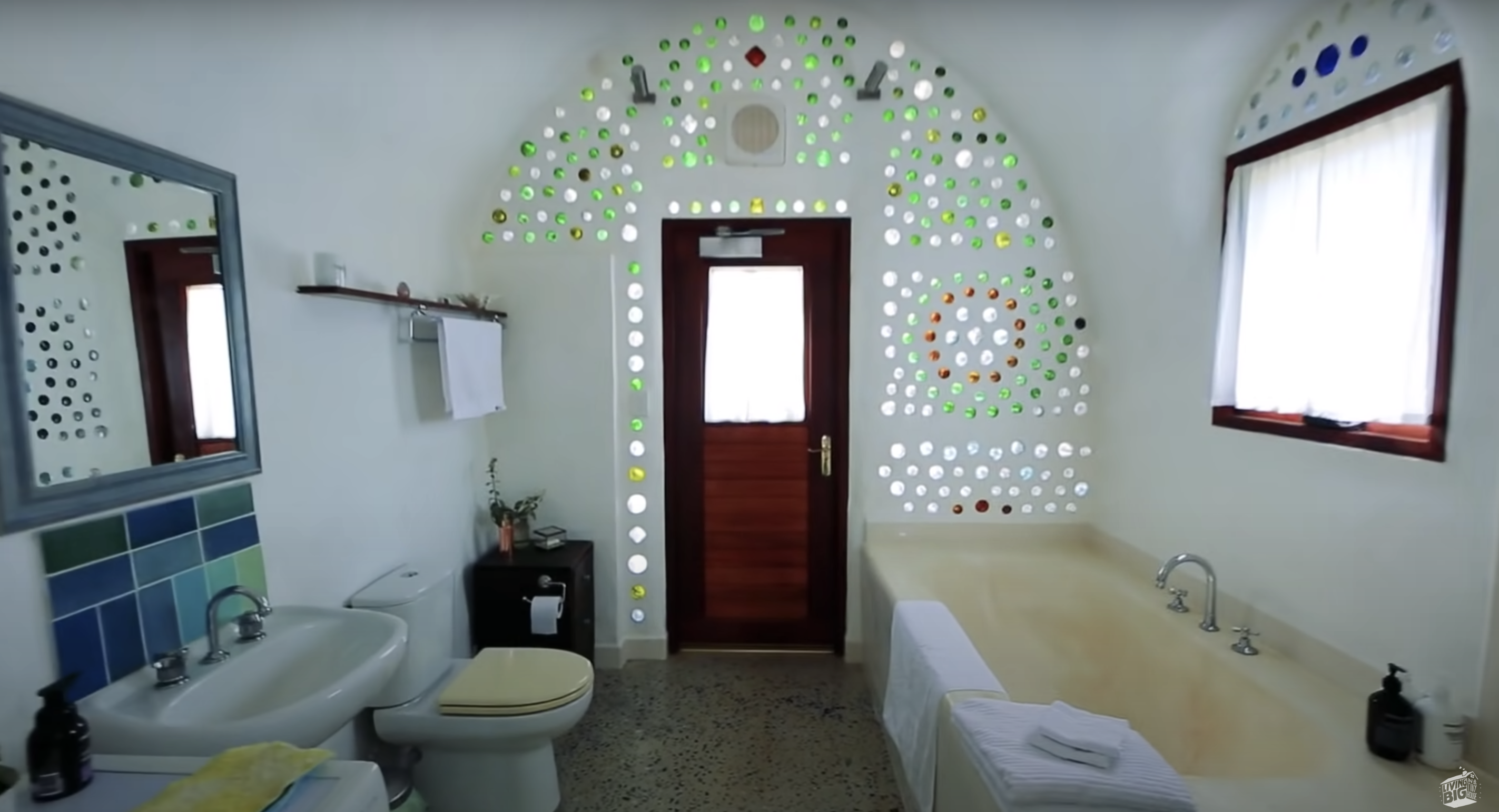 Another amazing feature is that in the underground living space there is an underground system that basically provides free air conditioning to the inside of the home keeping it pleasantly cool even on the hottest summer days. 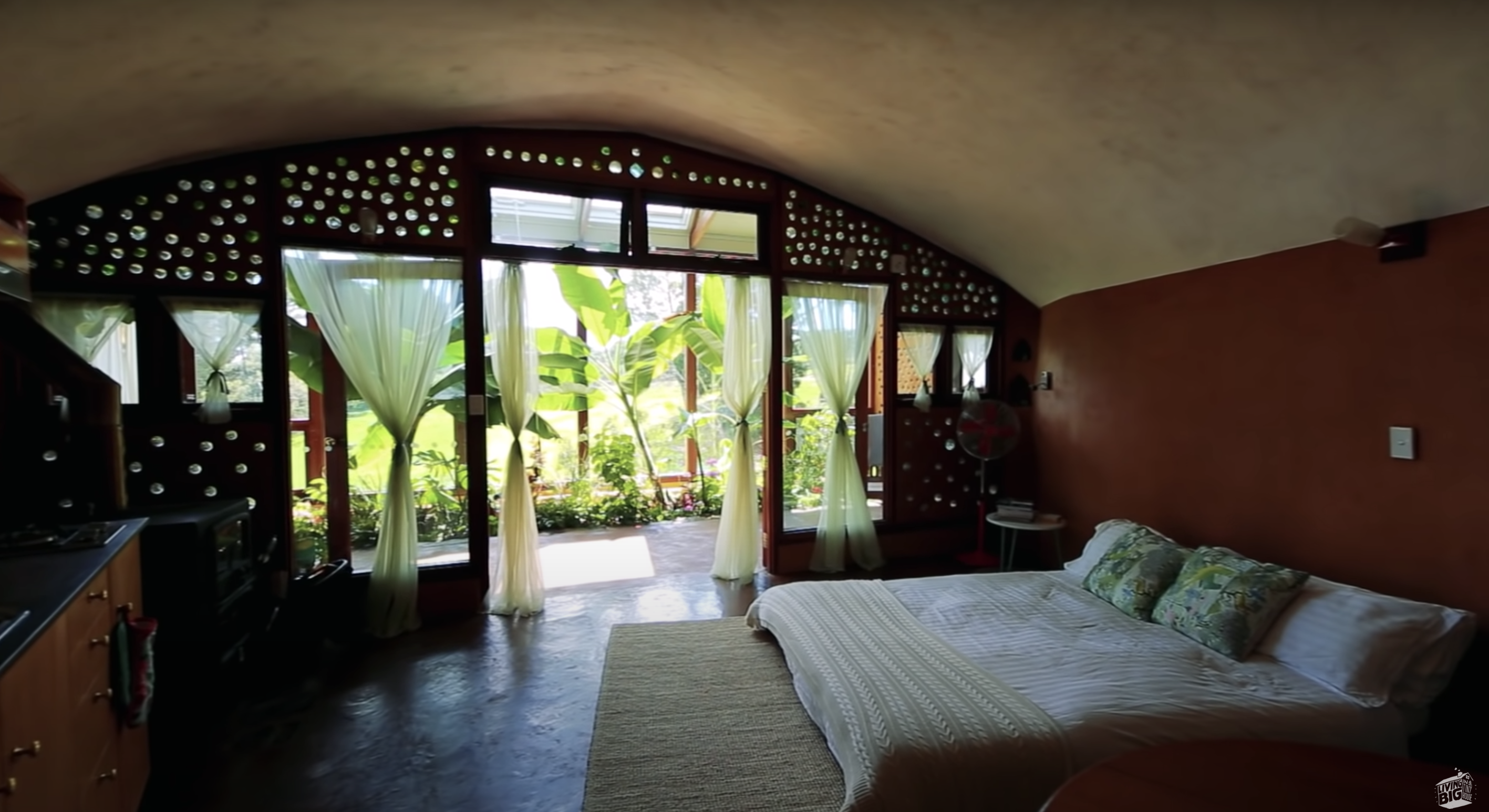 Watch the video below to see a full tour both inside and outside the earthship and to hear more about the unique way it was built.