When was the last time you parked your car on a busy street and came into inches of opening your door in front of an oncoming cyclist? We’ll be honest here and tell you that it has definitely happened to us once or twice, and it is SCARY. It’s easy to forget that vehicles are dangerous, even when parked!

Now, the prospect of causing a collision when the motor is already turned off sounds like something that would be found in the “weird news” section of your town paper, but it’s something that happens all of the time in big cities. It’s called “dooring” and it can be deadly for both the cyclist and the driver.

It’s an epidemic that doesn’t just affect one particular region or city—it happens all over the globe. In the U.K., 600 were reportedly injured or killed in 2011 alone, a frightening statistic, especially considering so many of the world’s children depend on bikes to get to school.

If the idea of injuring, or even killing, a pedestrian or cyclist, doesn’t alarm you, then maybe the law will. As it turns out, the driver is always held responsible for any dooring incident; this could mean a revoked license, fines, and, in some situations, even jail time. 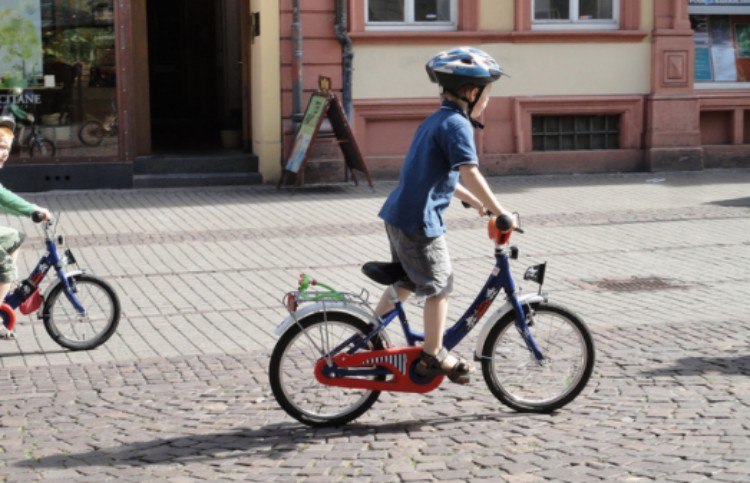 How to prevent a “dooring” incident

Luckily, these dangerous parking accidents are extremely easy to avoid. In fact, the Dutch have been preventing them for years.

All you need to do is open your driver’s-side door with your right hand, instead of your left. This forces your body to pivot so that you get a full view of the road (and bike lane) behind you. It’s a super easy practice to implement in your parking routine—there’s really no excuse not to get started today!

The Dutch reach comes to America

Luckily, drivers in the U.S. have started to take notice of this “handy” (get it?) parking practice. A Massachusetts-based organization called the Dutch Reach Project works to educate the public on the exercise, while petitioning states to implement the “reach” in their driver’s education classes.

So far, the Dutch Reach Project has managed to get the state of Massachusetts to add a countermeasure in their 2017 driver’s manual. Good work, guys!

The organization, whose motto is “Reach, Swivel, Look Out & Back, Open Slowly” has some pretty helpful tips on how to get newbies into the responsible habit. They suggest tying a ribbon, note, or sticker to your door handle, until you build up enough muscle memory to take off the “training wheels”. Smart!

Now that you know all about how the Dutch reach can save lives, be sure to watch the video below to see how to best execute the practice yourself.

What do you think of the Dutch reach? Were you taught this as a child or new driver? Have you ever suffered injuries from a “dooring” incident before?