When we think of pets, we usually think of cats and dogs. Then there are the slightly more unusual but still common pets like reptiles and bunnies (probably best if those aren’t pets in the same household). But, there’s a new trend in pets these days – chickens.

What probably started as a way to get free range eggs from your own backyard has progressed into true pet ownership. For example, in the Silicon Valley, chicken ownership is the new status symbol. Some chickens have high-tech coops that cost as much as $20,000, and some even have personal chefs.

To each his own when it comes to your pet of choice, but fair warning: if you have pet chickens, it’s best not to dress them up for Halloween. 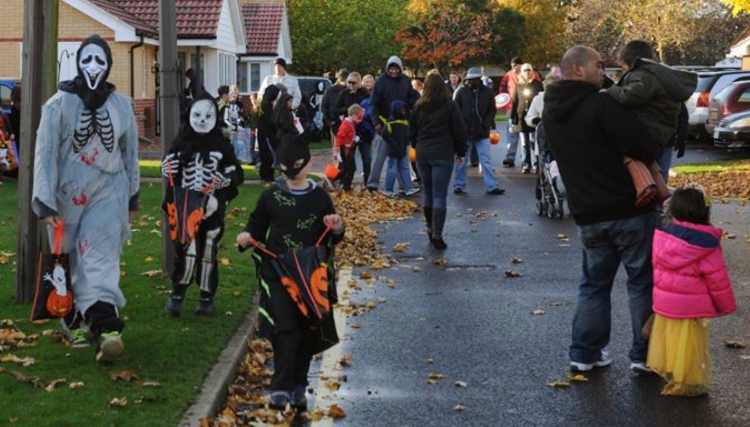 While it may be insanely cute to see a chicken on a leash trick-or-treating, the Centers for Disease Control and Prevention warns that these chickens in disguise could infect people with a potent strain of salmonella.

This doesn’t completely mean that chicken owners can’t dress their chickens up in costumes, but handling the chickens at all means you could run the risk of being infected.

Still, just like many cat and dog owners insist on dressing up their pets and taking them trick-or-treating, chicken owners feel the same way.

Stephanie Morse told KNOE-TV, “Can you ever imagine not being able to dress up your chickens? Their bare skin is exposed. I just like to put a sweater on them to keep them warm and comfortable, and some of them have more personality.”

Also, don’t take the chickens trick-or-treating. You can post their pictures on Instagram or Snapchat instead. You don’t want to be responsible for kids who are trick-or-treating getting salmonella after petting your pet chicken (because we all know it’s hard to get kids to wash their hands as often as they should).

The CDC states that any child under age 5, any adult older than 65 or anyone with a weak immune system should not touch chickens at all. And, nobody should ever kiss chickens.

Do you have pet chickens? Were you planning on dressing them up for Halloween?