It’s no secret that we love our dogs. We talk to them as though they could actually respond. When they don’t talk back, we make up cute voices and talk for them. We give them names like “Molly” and “Bo” that we might just have easily given to our kids. Ok, and let’s be honest: sometimes we treat them better than ourselves.

With the royal treatment that our dogs often get, it’s easy to forget that man’s best friend isn’t actually a person. Dogs think, feel, and behave very differently from humans. If we’re going to be the best owners we can be, we’ll need a reminder of that sometimes.

It’s easy to see why we call it the guilty face, too. A dog that’s been bad will lower its head, not look at us, raise its eyebrows, and whimper. That doesn’t look so different from anyone else who’s been naughty. Experts would call this “anthropomorphism,” meaning we expect a dog’s behavior to match the way we would react if guilty.

Research by animal behaviorists, however, suggests that it’s not guilt at all that a dog is feeling when it puts on that face. These experts designed an experiment where dogs were shown treats that they knew were off-limits. Researchers took the treats away from some dogs, but gave them to other dogs anyway.

When the dogs were reunited with their owners, the humans were told that some of the dogs had eaten the no-no treats, even if they really hadn’t. Based on how the dogs reacted, the researchers concluded that it was actually fear that the dogs felt, not guilt! 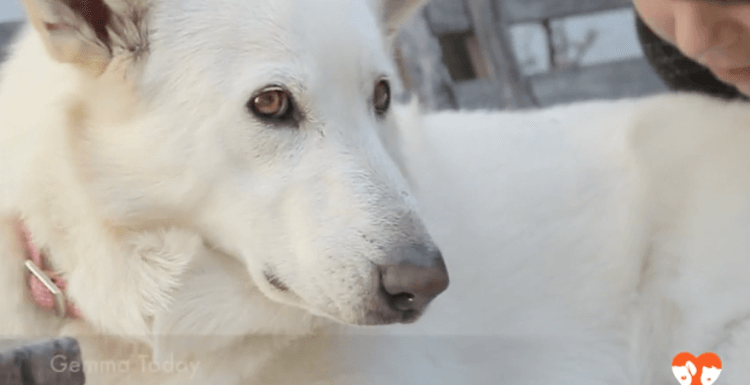 This tells us something really important. While it might even be a little entertaining to see a dog’s pitiful guilty face, we should remember that the “look” doesn’t necessarily mean they’ve done something wrong. Maybe they really didn’t ruin that sweater, but when they hear you ask “Did you do this?” they start to feel afraid of getting into trouble and look guilty.

Even if you catch them in the act and know they’ve done something wrong, remember that they’re not processing things the same way you would. More than feeling guilty for doing something bad, they feel afraid of being scolded by you: the human they love and look up to.

So how do we train dogs to do the right thing because they want to, and not because they’re afraid of us? Animal trainers agree that positive reinforcement is key. Rather than simply scolding a dog for doing something you don’t want it to, reward it for behavior that you do want to see. When it starts to jump on the couch, for instance, say “Sit!” and give it a treat when it does, instead of just saying “No!”

To see more about what happened in the experiment, and how the researchers figured out that the dogs were feeling fear, not guilt, watch the video below. How about your dog? Does it have a special way of showing its feelings? Can you tell the difference between when it’s actually guilty and when it’s just afraid of getting in trouble?