If you have a dog, you probably wonder what it does when you’re not around. Maybe you picture it flipping on Netflix and secretly grabbing a snack from the fridge. Or maybe you come home to find your dog is exactly where you left it in the morning and wonder if it really didn’t move an inch all day.

One man went the extra mile to see what his dog gets up to while he’s away. He strapped a GoPro camera to his pooch in the morning, and let it run all day. The resulting video, which he posted on YouTube, has gone ridiculously viral, with over 21.5 million views and counting.

All those views are not because the video is super cute — it’s actually kind of heartbreaking. Immediately after the man tells his pet goodbye and walks out, the dog sniffs the door. It then runs to the window and looks out, watching its owner leave. Then it proceeds to pace around the house, wandering from window to window. It’s so sad to see that it truly missing its owner! 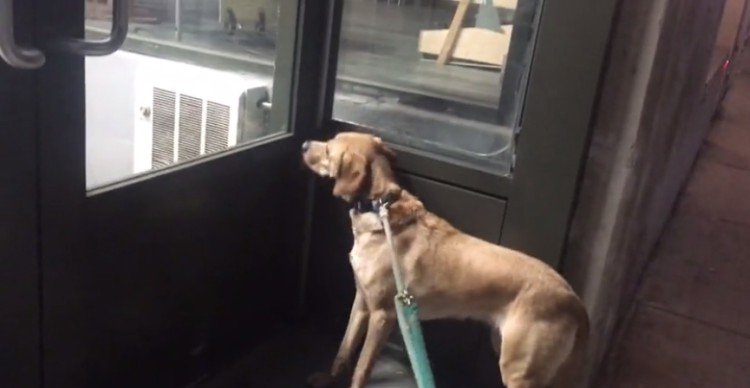 It gets even more pitiful when the dog climbs into bed and starts howling! Many users point out that this behavior is a classic sign of separation anxiety. Other signs might include chewing, digging, pacing, and urinating or defecating indoors.

Naturally, some user’s reactions to the video aren’t very helpful: “I can’t tell if this dog is whining because he’s been left alone, or whining because he’s been left with a GoPro hanging around his neck,” joked one. Other users actually try to help. Angel says “This is why it’s better to keep 2 dogs.” Max Watson suggests “leaving the tv or a radio on when you leave.”

Actually, the experts over at the Humane Society say that getting another dog won’t necessarily help. A dog will still miss its owner, even if it has a canine companion. For the same reason, they say that leaving on a tv or radio won’t work either. In fact, the extra noise could even make a dog more stressed.

So if your dog is suffering from separation anxiety, what can you do? For really serious cases, where the separation anxiety causes the dog to harm itself or is especially severe, you’ll need to work with an animal behaviorist. Mild cases can be treated at home, however. 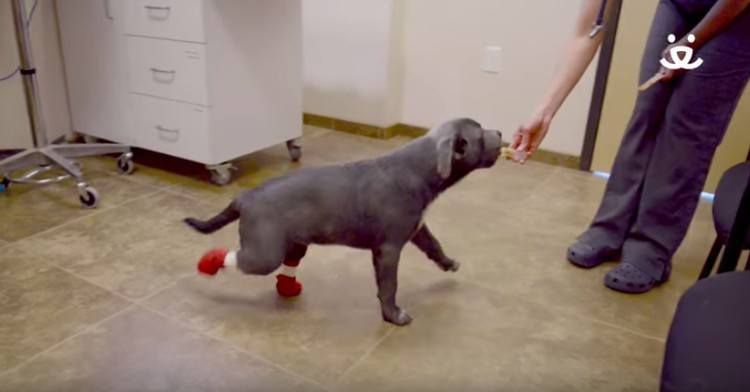 The ASPCA says to try a technique called “counterconditioning.” This means replacing the negative association (you leaving) with a positive one (like a treat). So, before you leave walk out the door, give your dog a treat. Ones that will keep it occupied for a while, like a Kong toy, are especially helpful. Over time, the dog will get used to receiving something it loves when you leave, and the separation won’t be so painful.

The user Jonathan Kim gave our GoPro dog’s owner a similar suggestion that had worked for his dog: “My solution: I started leaving kibbles around the house when I left. He would stay preoccupied looking for the kibbles around the house and then forget I was gone. No more crying. This also led to a positive association to me leaving because me out of the house = kibbles to eat = happy dog. “

If you’re like many users (and us!), you’re hoping that the dog’s owner will post another video showing what happens when the two are reunited. Hopefully, that will be a happier one! For now, watch the video below to see how the dog spends the rest of its day. It might break your heart a little bit, but you’ll see find out exactly why this video is getting so many views!