Why People Are Ditching the Top Sheets on Their Beds

What kind of sleeper are you? No, we don’t mean stomach or side sleeper—we mean are you the type to sleep with 800 blankets and pillows on the bed? Or someone who thinks that the less the better?

If you’re the latter, you’re going to like this news. In fact, you might already be abiding by it. We have a way to simplify bed sheets even more that’s been turning into a pretty popular trend.

Recently, it turns out that many people have started to do away with their top sheet. You know, that annoying thin poor excuse for an extra blanket that goes above your sheets? Yeah, people aren’t into them anymore and have just stopped adding them to their beds.

Does that floppy sheet do anything but get tangled in your feet and add an extra step to bed making?

While it seems like that’s the only function, it actually does have a purpose. Or at least, it used to.

Originally, the top sheet was put there as a protectant over your blanket, duvet cover, quilt, or whathaveyou from getting dirty from your body. It acted as a barrier between you and the blanket that rarely gets washed.

But the thing is, that’s not actually even needed anymore if you wash your blankets as regularly as you would the top sheet…which is what people are doing these days. It’s becoming easier to toss those in the laundry once or twice a week instead of adding that flimsy top layer when you make your bed every single day.

While lots of people don’t have many feelings on getting rid of their top sheets, there are some that actually feel quite strongly on the matter. These people have a hard time nixing the “proper” way they’ve always know how to make a bed and don’t believe it should be changed. 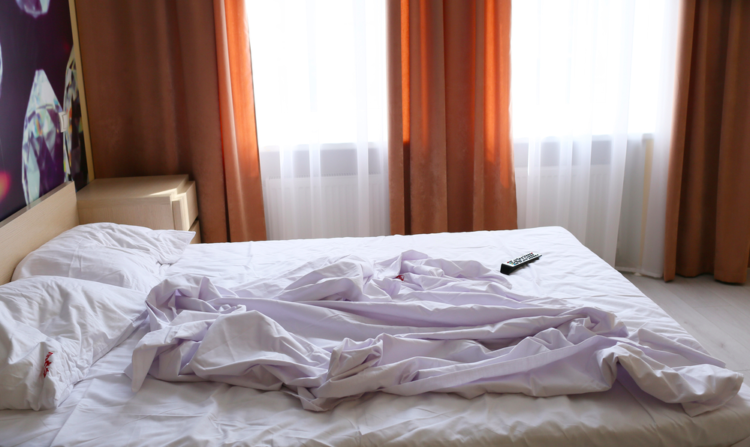 “A proper bed requires a bottom sheet, a top sheet, a blanket, and actually on top of that, you should put some sort of top sheet as a coverlet. That’s the old fashioned way,” says Suzanne Pollak, founder of the Charleston Academy of Domestic Pursuits,

Additionally, Pollak says that a top sheet actually works to keep you cooler during hot summer temperatures. “When it’s very hot outside, sleeping with nothing atop you is not actually the best option,” she says. “A top sheet traps cooler air in—like an air-conditioner.”

Okay, that’s fair. However, it turns out that lots of people don’t really care much about that and are much more into simplicity and saving time when making the bed. In fact, according to a survey from LA-based brand Parachute, nearly 40 percent of their customers only want a bottom sheet, not a top and bottom.

You can do whatever you want with your linens, but personally, we don’t see why this top sheet is necessary and ditched it a long time ago! What about you—are you pro or anti top sheets? What do you think are the pros and cons of each?