You’ve probably heard of diabetes, a chronic disease that affects the way your body regulates blood sugar, also known as glucose. When your body is working correctly, glucose feeds your cells to give them fuel. But when you have diabetes, glucose isn’t able to enter your cells because of a problem with insulin.

Insulin is a hormone secreted by the pancreas that’s needed to move blood glucose from the blood stream to your peripheral blood cells, which is then used as energy. Our bodies get glucose from food, and insulin is the pathway for glucose to get from your blood into your body’s cells.

That’s where we break off into two different types of diabetes: Type 1 and type 2.

The biggest difference in these two types of diabetes is that people with type 1 don’t produce any insulin at all. And that means they aren’t able to feed your cells. This causes high blood sugar levels.

People with type 2 diabetes do produce insulin, but often don’t make enough of it. They also don’t respond to insulin as well as they’re supposed to.

The cause of type 1 diabetes isn’t exactly known. Many experts believe it to be an autoimmune disease where the body’s immune system mistakenly attacks beta cells in the pancreas (the cells that are responsible for making insulin), but no one is quite sure why that happens. Sometimes there’s a genetic predisposition to develop type 1 diabetes.

The cause of type 2 diabetes isn’t quite known either, but experts are pretty confident it has to do with lifestyle factors. Being overweight or being sedentary may play a part. That’s why type 2 is most commonly diagnosed later on in life. 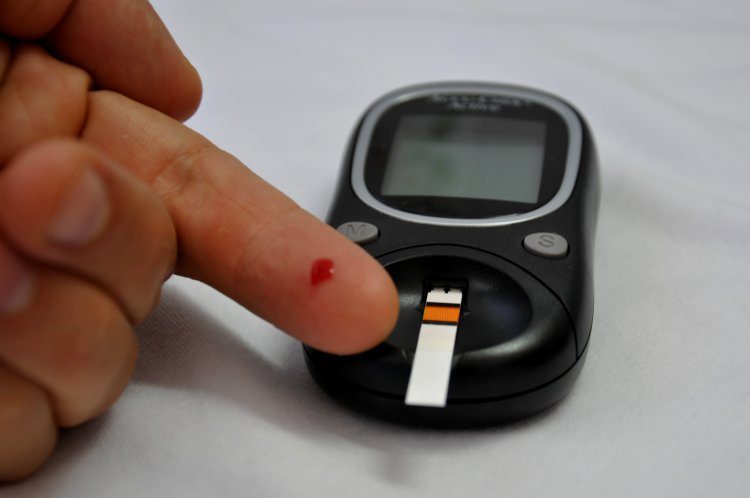 Regular blood sugar testing is also important for people with type 1, because levels can increase and decrease at a rapid pace, which can be dangerous.

For those managing type 2, it’s more important to change up their lifestyle to be more healthy. If that’s not enough, your doctor may prescribe medications that help your body more effectively use insulin.

What you eat also differs between the two types. It’s most important for people with type 1 diabetes to speak with your doctor about determine how much insulin they’ll need after eating certain amounts of food. For example, carbs are a common culprit of increase blood sugar levels.

For those with type 2, it’s most important to focus on general healthy eating and weight loss, especially if you’re eating poorly and are overweight.

Because of the nature of diagnoses for diabetes, type 1 used to be referred to as juvenile diabetes because patients were typically younger, though some people can still develop type 1 later in life. However, more and more, type 2 is being diagnosed younger and younger because there’s been a rise in more obese or sedentary children and teens.

To learn more about the differences between type 1 and type 2 diabetes from the experts, check out the video below!

Did you know that these two types of diabetes differed so much? Do you know anyone with type 1 or type 2 diabetes? How do they manage their insulin and lifestyle?