This Wedding Dress Was in the Dead Sea for 2 Years

Israeli artist Sigalit Landau loves to play with salt in her artwork. The best place to get natural salt on the eastern side of the world? Nowhere but the Dead Sea, of course. Filled with approximately 37 billion tonnes of salt, the Dead Sea is something that has always inspired Landau, ever since she could see the gorgeous body of water from her childhood home. Now, she’s using the iconic sea to create her most amazing piece of artwork yet: a wedding dress.

Although Landau wasn’t making the dress herself, she was letting the Dead Sea transform the garment into something extraordinary all on its own. The plan was to submerge a wedding dress into the salty sea for two years, to see what would naturally happen to the gown. The project was called Salt Bride. 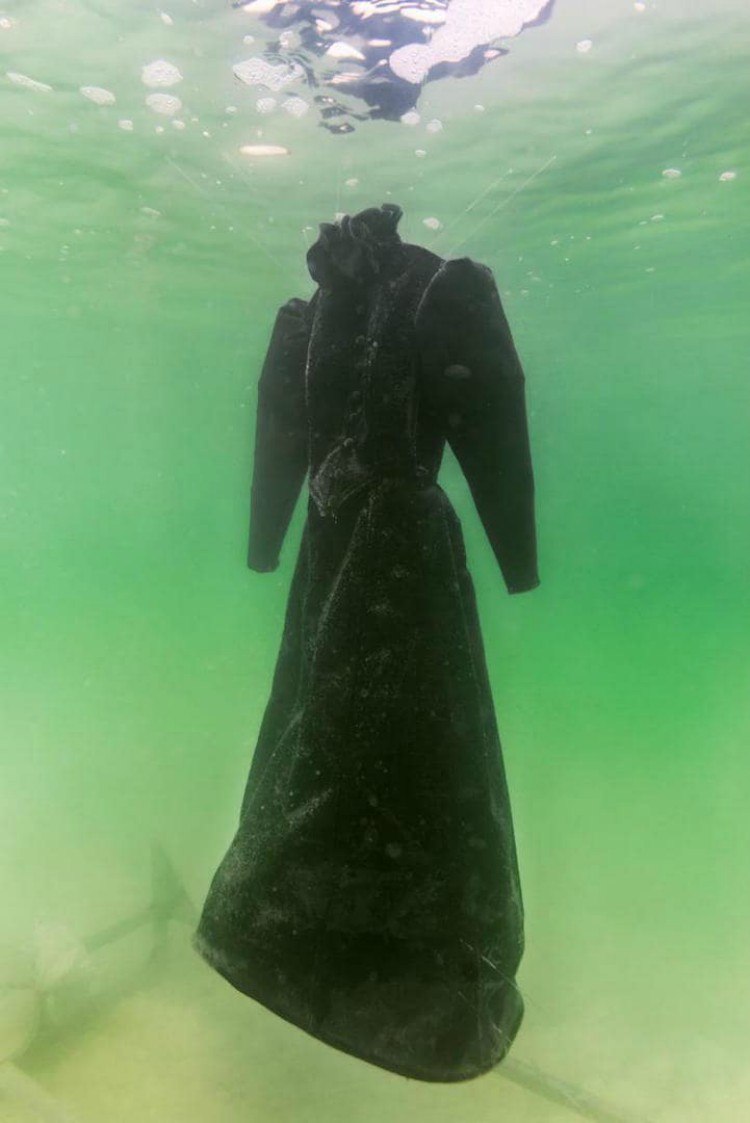 My Modern Met
But this wasn’t just any wedding dress, it was a dress that had a special meaning to Landau herself. No, it wasn’t her mother’s or her own – the dress was actually never worn by anyone.

The wedding dress was a recreation of a gown that was worn by a local actress from the 1920’s, whose name is unknown.

It seems like a random thing to do, but considering her eerie inspiration, the choice of dress has a chilling meaning. Salt Bride was inspired by a 1916 play called The Dybbuk. The play tells the story of a young Hasidic woman who is engaged to be married into a well-to-do family but becomes possessed by the spirit of her dead lover.

Moved by the play, Landau modeled the salting project after the plot of the play. A look alike of the wedding dress worn by the bride in a ’20s production of The Dybbuk was submerged in the Dead Sea, adding that much more compelling symbolism to the piece. 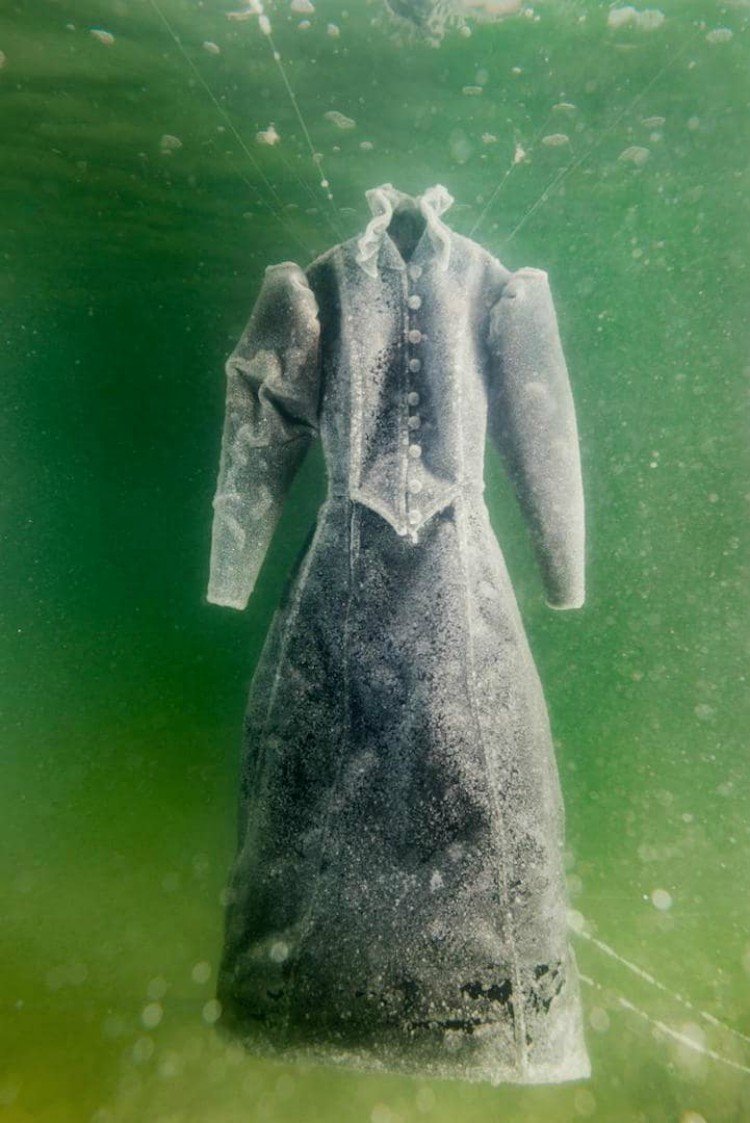 My Modern Met
Landau returned every three months or so to check on the progress of the dress, and each time she found it was coming along just as she had imagined. Gradually, the salt build ups were growing, turning the average black gown into something much more magical.

Even Landau’s own relationship with the Dead Sea was perfectly captured in her unique piece.

“Over the years, I learned more and more about this low and strange place,” she said in a statement. “Still the magic is there waiting for us: new experiments, ideas and understandings. It is like meeting with a different time system, a different logic, another planet.”

The soaking of the dress didn’t disappoint. After two years of salt collecting on the fabric, it was a completely transformed dress that was pulled from the water – and just barely, too. The excess of salt made the dress extremely heavy, so much so that the dress proved quite a struggle to get out of its watery new home. 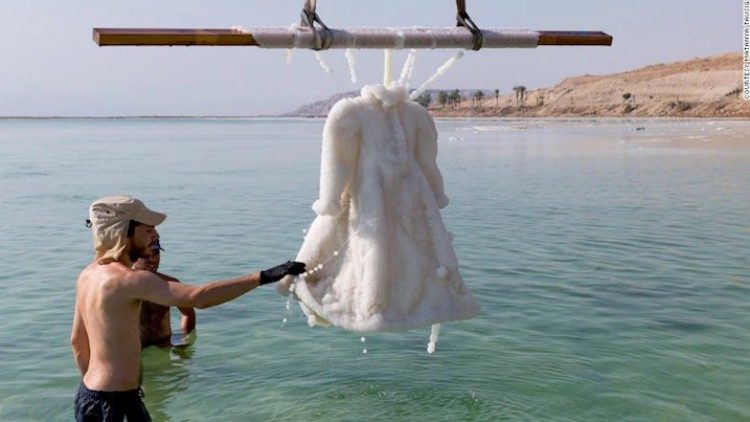 My Modern Met
In the end, it was completely worth it. As Landau so elegantly puts it:

The haunting dress and Laundau’s photographs of the progress have become part of the Salt Bride exhibition, on display at London’s Marlborough Contemporary.

What do you think of this unique piece of art? Share your thoughts on the Salt Bride in the comments section below.