After A Couple Stares At His Son In Cracker Barrel, Dad Finds Note On His Car About His Parenting

Sometimes the kindest, most heartwarming tales originate from the most unexpected of places. Over the years, we’ve covered hundreds of stories that embody this notion, from a bus driver pressing pause on his route to help a blind man navigate Miluawkee traffic construction to a golden years airport proposal to a school concert turned happy cryfest to a history-making wedding— and the list goes on!

But, even with all of those stories of kindness and humanity galore going down in the most unexpected of places, we have yet to cover one that takes place in a Cracker Barrel parking lot; until today this is…

Recently, we uncovered a story that, we feel, deserves as much press as it can get. It stars a brilliant young father, Kevon Smith Sr.,  and his adorable baby, Kevon Smith Jr., and it took place at–you guessed it!–a Cleveland-area Cracker Barrel. According to the dad, he was simply enjoying a meal with his infant son when he looked over and noticed that a pair of diners was watching him and his baby’s every move.

Perhaps unsurprisingly, the dad was instantly caught off-guard by the lookie-loos. After all, it’s not every day that normal folks get stared down while enjoying their bacon and eggs. In an interview with news station Cleveland 19 News, he recounted the odd interaction.

“I noticed this older couple over in the corner,” Smith said. “They kept smiling at me and I was looking at my son like– what is going on?”

It wasn’t until after he and his mini-me had finished the meal that the dad began to put two and two together. The smiling strangers weren’t staring for no reason; as it turns out, they were simply admiring his parenting skills–and they wanted him to know it. Smith realized this when he walked out to his car and noticed a note on his windshield.

Of course, finding a note on your windshield is always a rather distressing occurrence, but for Smith, the surprise turned out to be a good one. The note read:

We need more black dads like you. Today your meal is on my wife and me. Enjoy that baby boy as long as God intends. Keep doing what you’re doing. 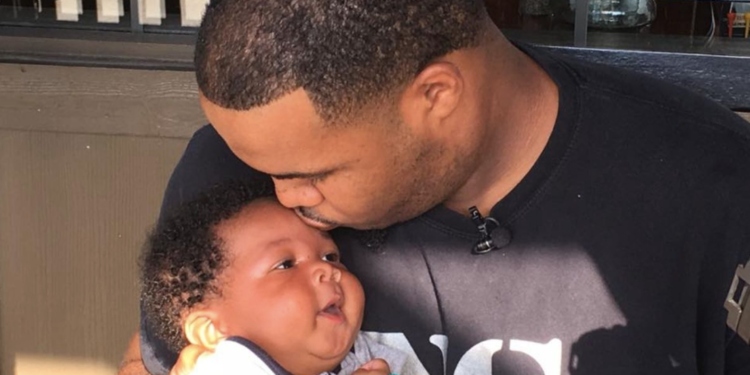 And, along with the sweet message was some spending money to cover the meal. Smith posted about it on his social media page and, as with similar stories these days, his Cracker Barrel experience got some coverage.

So, what’s Smith’s plan now? To pay it forward, of course!

“I’m definitely going to make sure I’m paying it forward,” he said. “I get blessed. I want to bless someone else.”

We just love stories like this, but we’d also love to hear your thoughts! Do you think the couple did the right thing? Should more of these storied be posted to social media? Do you have a similar story of your own that you would like to share?