Let’s be real—people aren’t always on their best behavior on social media. Don’t believe us? According to i-SAFE Inc., a whopping half of adolescents have reported cyberbullying, with another 1/3 of them having experienced threats against their safety online.

It’s a deeply unsettling statistic, and one that doesn’t just impact school children, it’s also rampant on all social media platforms, regardless of age. A perfect example of this troubling phenomenon is a story that Instagram darling, Jenna Kutcher recently shared.

The 29-year-old has been a fixture on the social media site for several years now, having amassed an incredible fanbase comprised of nearly half a million followers.

Now, it’s important to note that Jenna isn’t just another ‘Insta-model’ who posts selfies and hawks “miracle” weight loss teas—she is a powerhouse businesswoman who has built a million-dollar brand from her wedding photography, her podcast “Goal Digger,” and her career coaching.

The Wisconsinite truly is an inspiration for the modern businessperson, but that doesn’t mean that all of the attention that she has garnered has been positive. In fact, some of the comments that have made their way into her inbox have been just, plain nasty.

In a recent Instagram post, the entrepreneur shared what one Internet troll had to say about her. Apparently, this person said that they “couldn’t believe” that Jenna landed her husband. Their point was that Drew Kutcher—another Insta-famous celeb who is known for his health coaching—was too “good-looking” to be with a plus-sized woman, like Jenna. 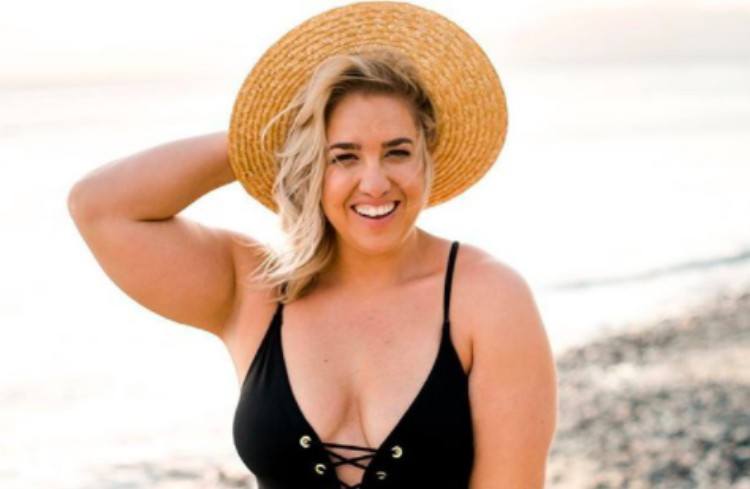 Talk about condescending! We don’t know about you, but we can practically feel the smoke coming out of our ears right now!

Because Jenna is a proponent and proud member of the Body Positive Movement, she checked any embarrassment or shame she may have felt from receiving the hateful comment at the door and decided to turn the sting into a teachable moment for her followers. She writes:

Someone once slid into my DMs and told me they couldn’t believe I had managed to land a guy as good looking as @kickingitwithkutch. I’ll be honest that I was taken aback.

Part of my insecurity with my body has stemmed around being married to Mr. 6-Pack himself. Why should I, a curvy girl get him? I feel unworthy and when I write narratives in my head that because I am not thin, I don’t deserve him.  This man has embraced every curve, every dimple, pound and pimple for the last ten years and has always me reminded me that I’m beautiful even when my inner dialogue doesn’t match.

So yes, my thighs kiss, my arms are big, and my bum is bumpy but there is just more of me for him to love and I chose the man that could handle alllll that (and so much more!)  I am so much more than my body, so is he, and so are you.

Talk about a powerful comeback! We love the fact that Jenna is so honest about her feelings of insecurity, but it’s also so gratifying to hear that she has found a loving life partner who accepts her beautiful body for what it is. #RelationshipGoals, indeed! 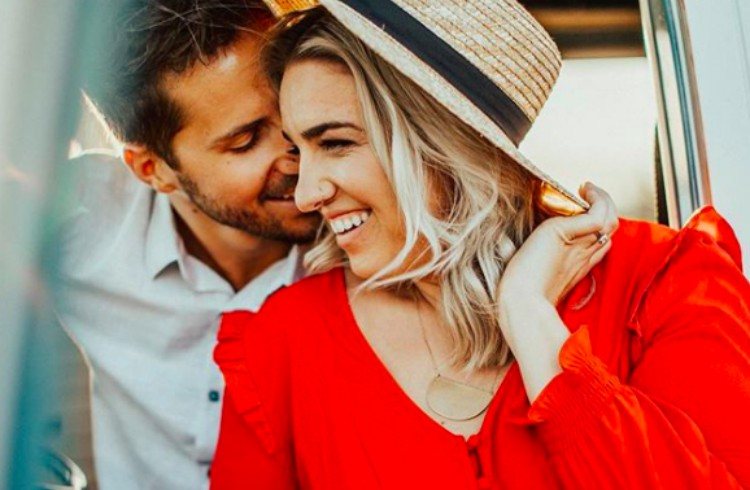 We’d love to hear your thoughts on Jenna Kutcher’s viral post. Are you surprised that internet trolls go after her? How would you respond if someone body-shamed you? Do you talk to your kids about cyberbullying?