We all have our favorite holiday dinner traditions, but what about BREAKFAST? When I was growing up, Christmas morning meant one thing: cinnamon rolls! They were a tradition as much as opening gifts was— and so was the tradition that they ended up just a little overdone because everybody got distracted by the presents. Christmas mornings aren’t exactly conducive to baking, are they? Don’t you wish holiday breakfasts could just cook itself while you focus on your family?

Us too, and when we saw this recipe over on Recipes That Crock, it seemed like that wish just might be coming true! And even if it wasn’t wish-fulfillment, something called “Crockpot Cinnamon Roll Casserole” was something we HAD to try— so I did! I mean, come on— crockpot? Cinnamon roll? Easy recipe? How could I resist? Here’s how it went!

What I Used: The Ingredients 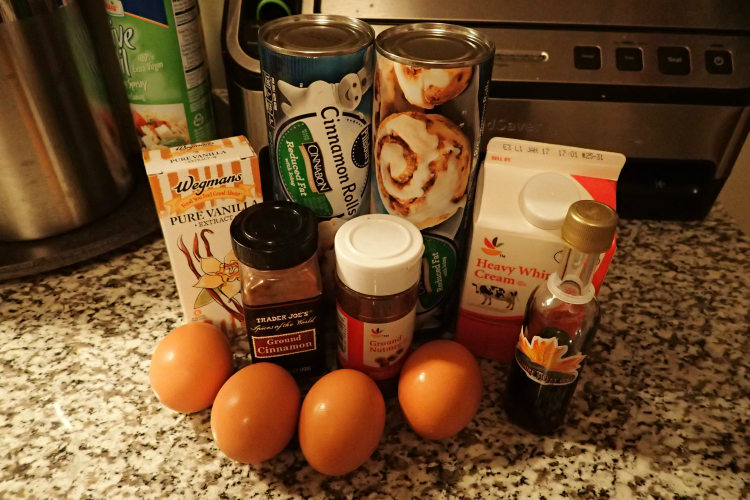 What I Did: The Directions

This one was really sweet, easy and interesting, friends! Of course, you can’t really go wrong with cinnamon rolls, and cooking them in the slow cooker ended up allowing them to reach a perfect consistency, especially for the ones more toward the middle. (Seriously, as soon as those edges are brown, you’re done!) The egg mixture makes such an intriguing addition, too. Recipes That Crock compares the bottom layer to a flan, but I didn’t find that to be so. The closest comparison is probably a sponge or pound cake, but that bottom layer is still recognizably made of cinnamon rolls— just very moist, flavorful cinnamon rolls! The dish is also very much a casserole, so those layers all mix together pretty much as soon as they hit your plate! You end up with a really nice mix of different levels of roll, cinnamon, sweetness and almost-cake-maybe-flan that keeps you happily guessing as you eat. Plus, a tiny bit of that egg mixture ends up cooking between the layers of rolls, so every so often you get a taste of perfectly-slow-cooked egg that makes you feel a little bit better about eating something so sweet for breakfast. They have protein, after all! 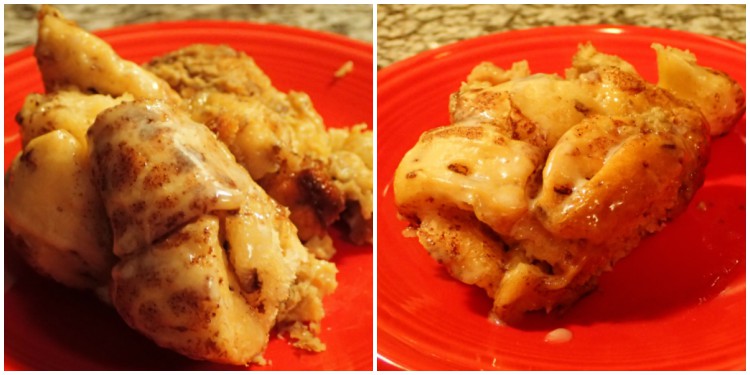 So would we recommend and try this one again? Absolutely! It’s SO EASY, and the cinnamon sweetness really is great. You could probably make it for dessert, too!

Three things I want to make sure to recommend:

Now it’s your turn! Have you ever seen anything like this breakfast casserole before? Be sure to tell us if you give this one a try and what YOUR experience with it is! 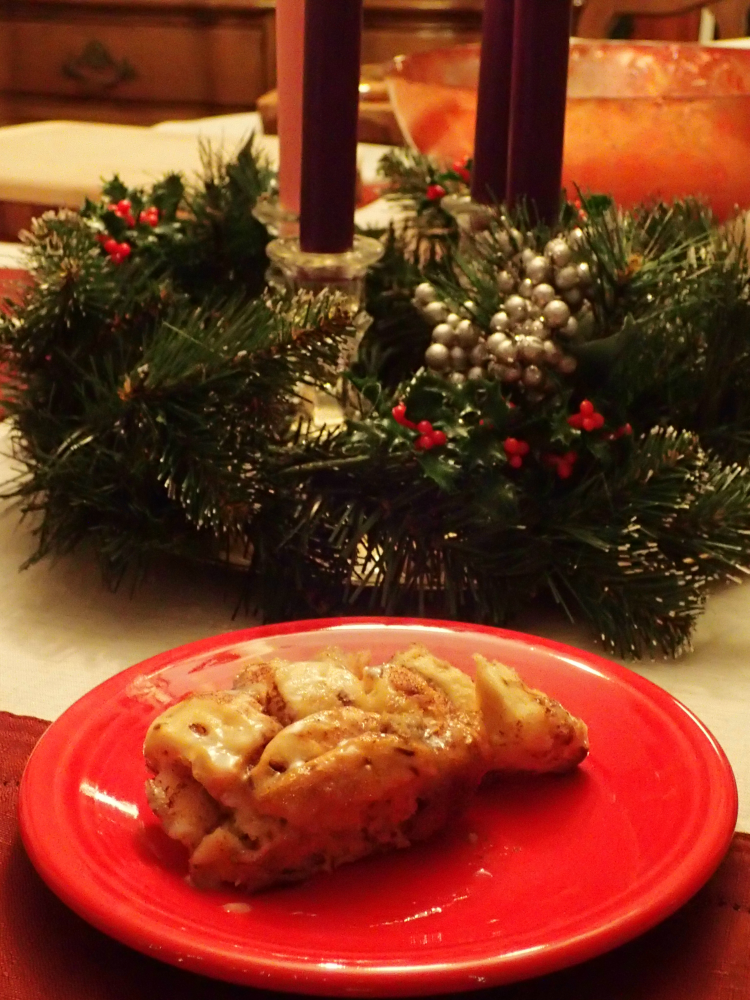