Couple Gets Creeped Out by Strange Presence in Their Wedding Photo

Honesty time: I can’t look at this picture. Seriously. It actually creeps me out too badly, as embarrassing as that is. I truthfully get strangely freaked out every time I stare at it for too long. Take a hard look at the image – you might see what I’m talking about if you look a little more closely. This newlywed couple posted their favorite wedding photo on social media last year, excited to share some lovely stills of their special day. But, soon after posting the picture, the newlyweds noticed something very, very weird.

They weren’t alone in the picture.

When the bride and groom took a closer look at their favorite wedding shot, they saw something they hadn’t before: a face peering out creepily from between their heads. Is it a guest playing a prank? A trick of the landscape behind them? Or something much more stomach-churning? 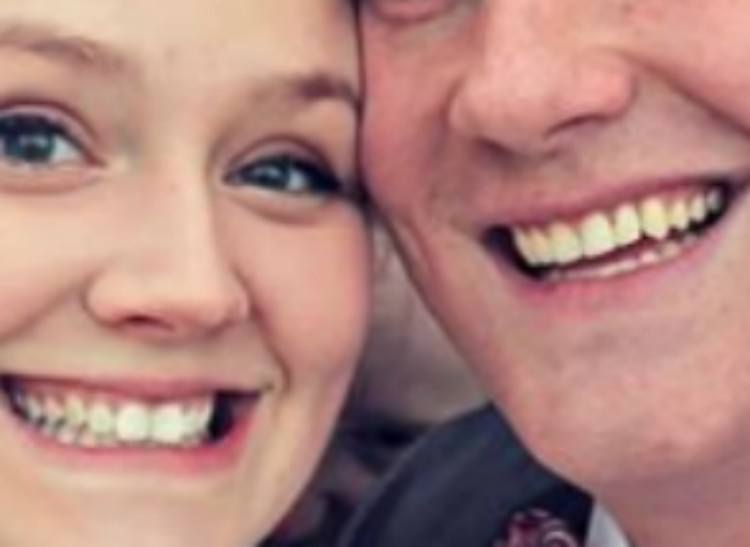 Yeah, I’m having nightmares tonight, no doubt about it.

The groom, Kevin Matthew Dennis, posted the picture on Reddit with the caption, “Me and my wife’s favorite wedding photo…Until we saw what was between us…We still don’t know who it was.” Reddit users were quick to comment that the figure looks like “Smeagol after the Precious,” or “Vigo the Carpathian.”

Neither of whom you really want hanging around in your wedding photos. Just saying.

The Richmond, Virginia couple said that they weren’t even the first to notice their spooky photo-bomber; after bride Christina made the photo her Facebook profile picture, her friend pointed out the strange face. Christina and Kevin were quick to start asking people if they recall crouching behind them jokingly during the wedding photos.

Only Christina’s sister came forward, saying it could have been her passing behind the couple by accident. Kevin, however, is skeptical.

“Her [Christina’s] sister said it might be her but that face look absolutely nothing even close to hers,” Kevin wrote on Reddit. “That face looks like a baby face imo [in my opinion.]”

Beyond the joking assumptions, other Reddit users have actually started to conjecture what the face might actually be. Some suggested it may be the couple’s unborn child (which is terrifying) while others say it may be some sign of evil (EVEN MORE TERRIFYING.) Whatever it is, it’s obvious that this lovely photo was ruined for Kevin and Christina and turned into something much more sinister.

One Reddit user was kind enough to Photoshop the image, taking out the creepy face in the background. 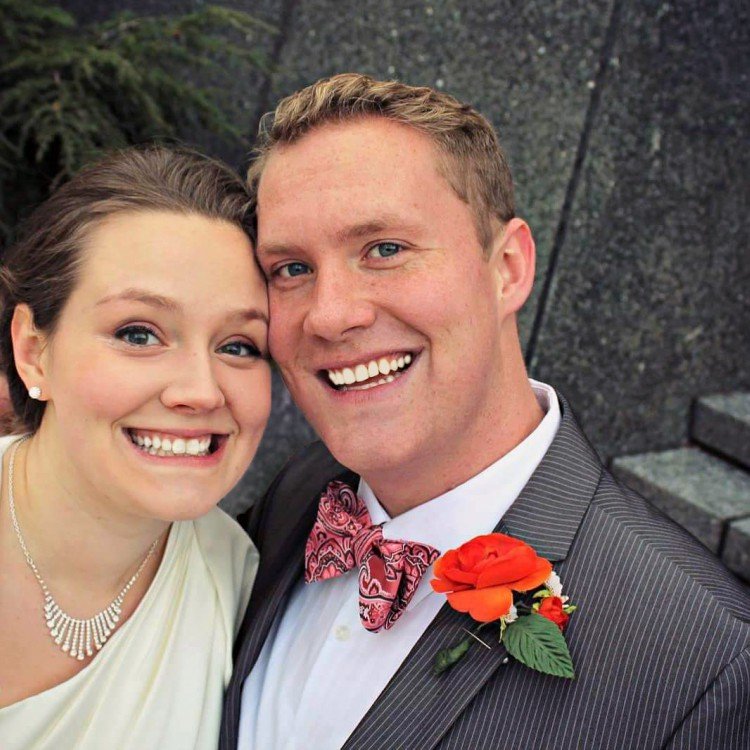 WNEP
There, that’s much better!

A year later, even after the photo had gone viral, Kevin and Christina still don’t know who was lurking in the background of the picture; all of their guests firmly deny it was them. I guess, though, if you were trying to pull a prank, you wouldn’t want the bride and groom to know, would you? On the other hand, the joke has obviously gotten a lot less funny since people starting guessing the face might be the spawn of Satan.

That should be when you know to end a joke.

What do you think of the picture? Is it a trick of the light or something worse? Share your thoughts in the comments section below.