This easy banana bread recipe has a layer of cream cheese filling baked right in. It’s like cheesecake for breakfast!

Banana bread is consistently one of the most searched-for recipes on the internet, and for good reason. It’s a resourceful way for frugal cooks to make use of forgotten bananas, it’s healthier than most sweet breads, and it’s pretty darn hard to mess up. And obviously banana bread is delicious! Everyone puts their own spin on the classic quick bread, but at this point even the most tried-and-true banana bread recipes could use an upgrade–and this cream-cheese-filled banana bread is just that.

What do you like to put on your banana bread? A slice of warm banana bread is pretty perfect on its own, but a little butter, cinnamon n’ sugar, or peanut butter makes it that much better. So I don’t know why I didn’t ever think to put cream cheese on banana bread! This recipe for cream-cheese-filled banana bread bakes the cream cheese right in — and the result is divine. 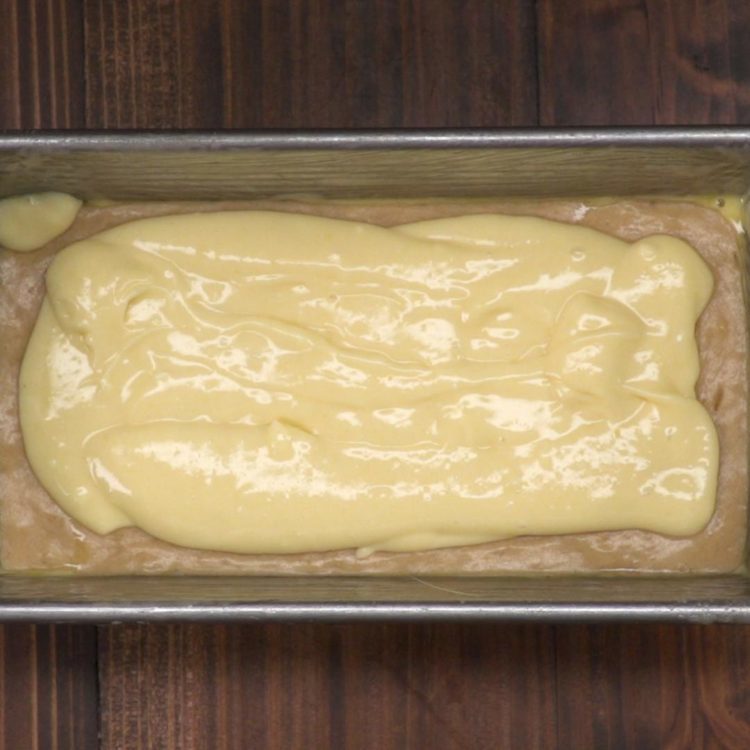 Our recipe starts with a basic banana bread batter, with a couple of innovations: we swapped in coconut oil for the deep aroma and health benefits, and added a touch of sour cream (or greek yogurt, if you prefer) for a tiny bit of rich, cheesecakey tang. If you’re as big of a cream cheese frosting freak as I am, you won’t be able to resist the cream cheese filling that’s sandwiched in between two moist layers of batter. It’s pretty adorable the way that our cream cheese layer baked up into a little smile shape–and there will be smiles all around when you taste your new favorite banana bread. 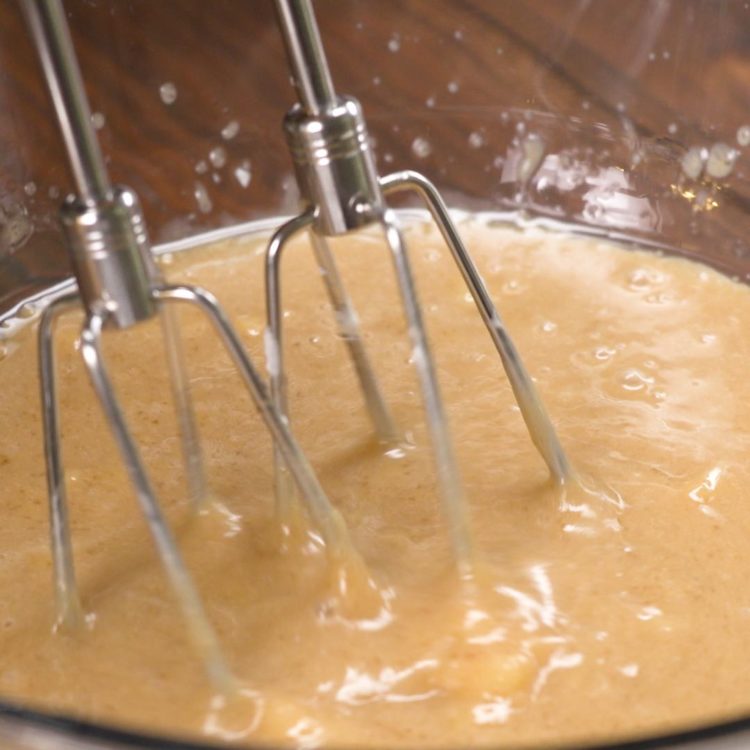 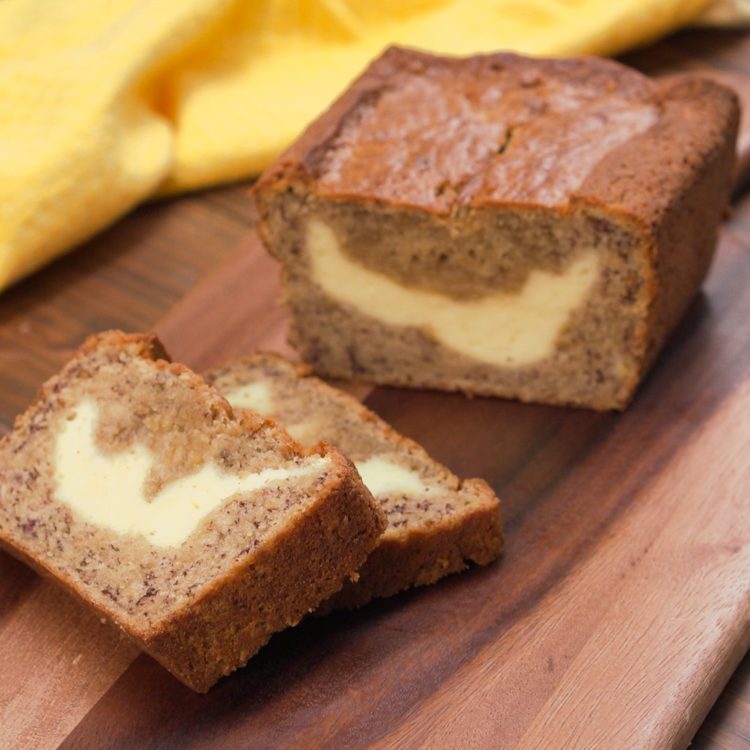 How do you jack up your banana bread? We’ve tried nuts, spices, cinnamon crumble, chocolate chunks, even bourbon… and now cream cheese!