When you think of Thanksgiving, there are probably lots of food images that float through your mind—roasted turkey, stuffing, green beans, mashed potatoes, and cranberry sauce.

To be honest, they may be called the same thing, but they’re two completely different side dishes. While the canned variety is that sweet gelatin you think of plopped out of the can onto a plate cut into slices, the homemade variety usually contains orange zest, chunks of cranberries, and is typically presented in a bowl. This one usually has a less sweet more sour flavor.

We can ask our family and friends which they prefer all day, but in the end, who knows best other than the people who cook it themselves? Chefs from all over recently weighed in about their opinions on cranberry sauce. 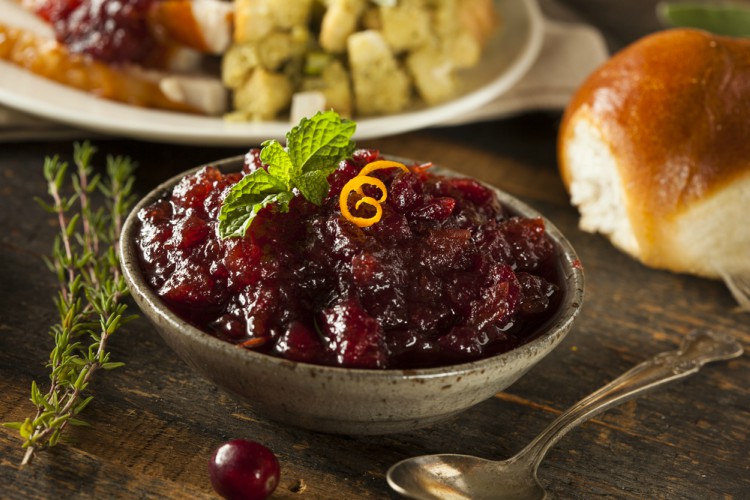 One pro-homemade chef says it’s a matter of not knowing any better; if you’ve always had the canned cranberry sauce at Thanksgiving, that’s what you’ll crave, even though he believes homemade is much better.

“Once you take the time to make a fresh cranberry or lingonberry jam in its place, you’ll never go back. Fresh lingonberries cooked down in a little bit of sugar, cinnamon, star anise, and orange juice/zest will make you forget canned cranberry sauce ever existed.” — Jim Stein, executive chef at McCrady’s

Another chef says making it from scratch is much too easy to not do—plus, you have the control to make it how you and your family like it.

“The cranberry sauce is very easy to make. Fresh cranberries and sugar. When it’s homemade, you can adjust the sugar quantity and highlight the cranberry flavor. And to save time you can make it in advance and save it in glass jars.” —Laetitia Rouabah, executive chef at Benoit

One chef doesn’t think it’s a matter of taste, but a matter of not plopping a gelatinous food into a plate and calling it dinner.

“Cooking Thanksgiving dinner for your family should come from your heart, not from a can.” —Andy Jacobi, owner of Untamed Sandwiches + Untamed Taqueria

Some solid points. Let’s see what those chefs on the canned side of things have to say. 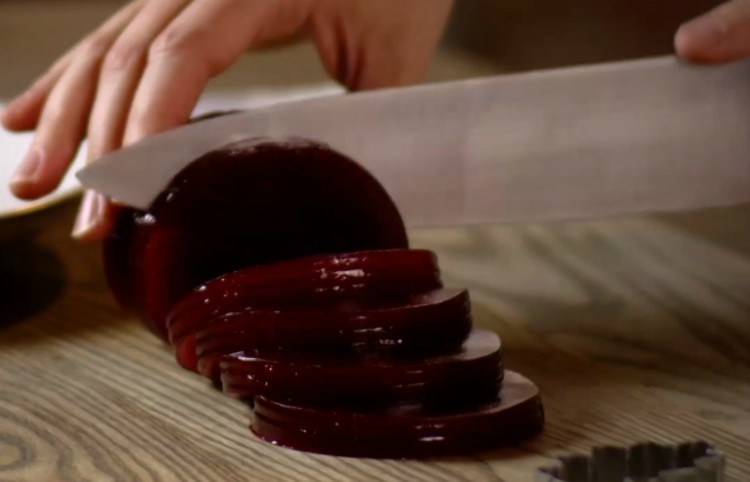 One chef says it’s not even a question; you can’t make cranberry sauce that tastes as good as the one from a can (and yes, that’s coming form a professional chef!)

“Definitely canned cranberry sauce. This is one item you want to buy and not make and yes, you leave the shape and cut with a knife. Cranberry is one of the couple items that I never want to make fresh because the canned cranberry sauce is going to be just as good if not better than fresh made.” —Dave Anoia, chef/owner at DiAnoia’s Eatery

Another says that he’s tried to make it himself, but the canned always wins out, so he’s letting it go.

“‘If it ain’t broke, don’t fix it!’ I was so proud of my homemade cranberry sauce. I found it pushed to the farthest corner of the table where it was in nobody’s way. ” —David Bancroft, executive chef at Bow & Arrow and Acre

This chef, among others, say it’s about nostalgia.

Now that the professionals have weighed in, which side are you on: Homemade or canned cranberry sauce? Share your opinion and let us know why!